I finally bought a lightbox 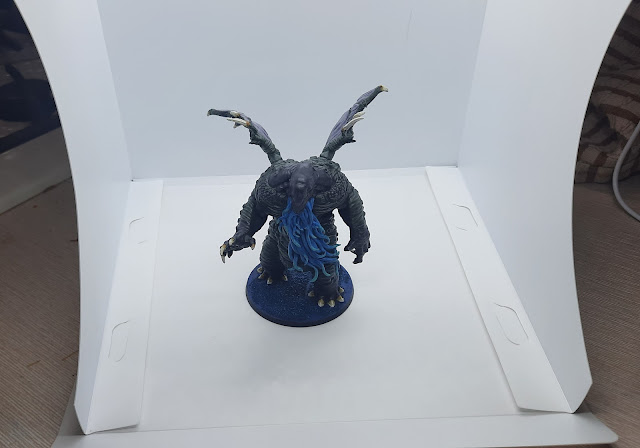 If there's one thing that bothers me about my minis, it's the photography. I'm hoping this new toy will help improve it.

I had a lightbox years ago when I got into macro photography with my then-new DSLR (a Rebel XT). It cost the best part of $80, and the lights — a pair of what were basically desk lamps — cost extra. It was a hassle to set up, put away, find room for, and generally to use, despite giving great results. I ended up getting rid of it, and didn't think about getting another one until I stumbled across this post on Dai's awesome site.

So off to Amazon I go, and after a bit of looking around I picked this lightbox. For just over $16 I figured that if it turned out to be a pile of crap I could just send it back, but with 7,716 reviews and an average of four stars I feel pretty hopeful. 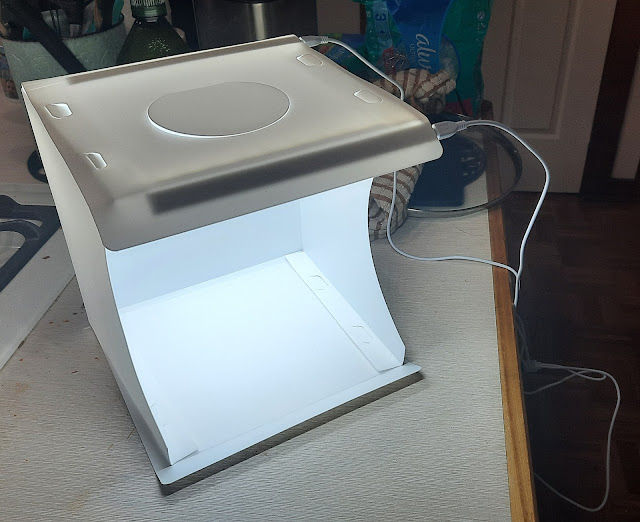 As Alicia's currently using the kitchen table I had to set it up on the counter near one of our many, many USB chargers, so these pics taken with my phone aren't great... but you're probably used to that.

Anyway, the box itself is a one-piece plastic job that comes flatpacked, so you just have to fold the top and sides up and clip them together which takes all of a minute. It comes with six coloured backgrounds that you can place under and behind your model, or you can use your own. 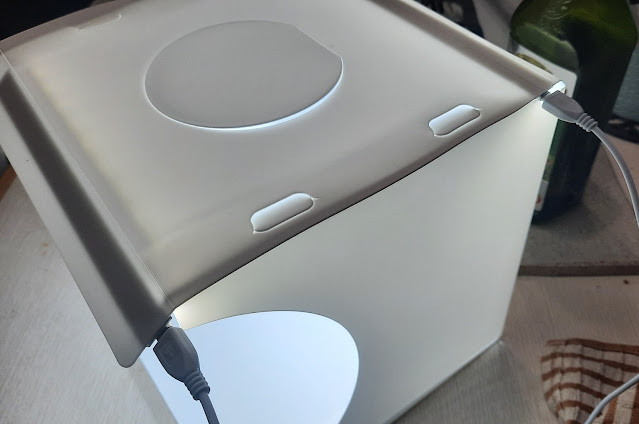 One thing that's awesome is that it's got 40 built-in LEDs at the top, which are pure white light. They're powered with a USB cable and you can have one or both sets of lights switched on. This cuts out so much of the hassle I had with my old lightbox, and it's great.

You can take photos through the front or the top, making it pretty versatile. So, grabbing a few random minis, my DSLR and macro lens and the printed backdrop I use, I tried it out. Just bear in mind that I'm having to squat down to take these pics, and as my gym days are long over I have the quads of a newborn kitten. 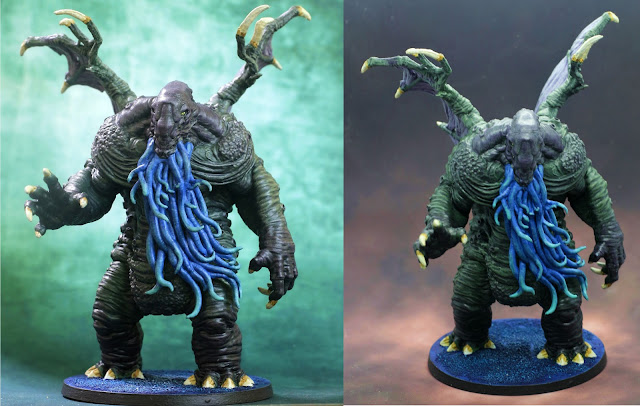 Here's the whopping Cthulhu I painted for last year's Monster Mayhem. On the left is the photo for his original post, and on the right is a new photo taken in the lightbox. Ignoring the different angles, the colours on the new pic are way closer to the model's actual colours thanks to it being lit by white LEDs instead of the kitchen lights. 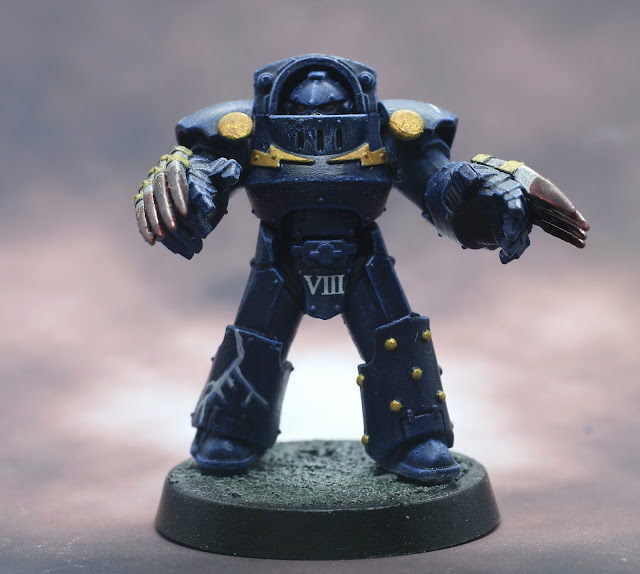 Here's my Night Lords Tartaros Terminator. I wanted to try a smaller, darker figure and it does show a bit of a limitation; with all the light coming from above, his lower half is pretty much in deep shadow. I'll have to bear this in mind and maybe turn off the top lights when shooting another dark model, and try putting it further back in the box. 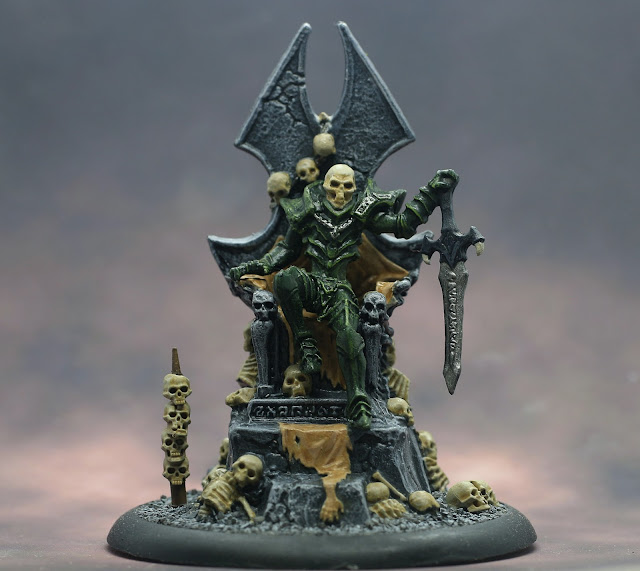 Dragoth takes his turn in the box. He's not quite as shadowed as the Night Lord, but at this point I was wondering if the fact it was dark outside and we had all the kitchen lights on might be affecting the lighting (Dragoth's original pics were taken in daylight). Still, he looks pretty good, and the added shadows make him look a tad more menacing. 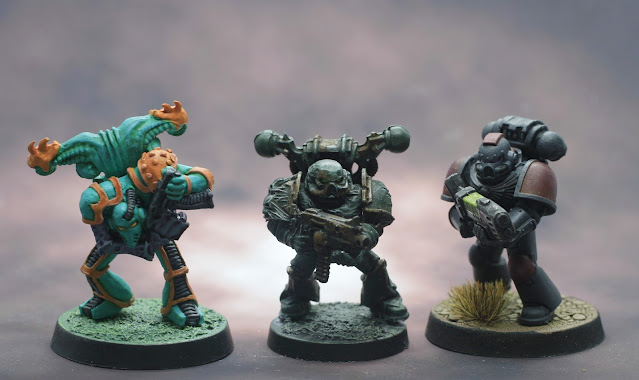 Finally, here's some Marines. Even the brightly-coloured Renegade on the right looks way too dark, and the details on the Plague Marine and Ashen Claw are almost totally hidden. It looks like I'm going to have to get some more practice in with the box, and probably change my camera settings too.

Still, I'm happy with it and hopefully once I get the swing of things my photos will be better than they have been in the past. As usual, stay tuned!