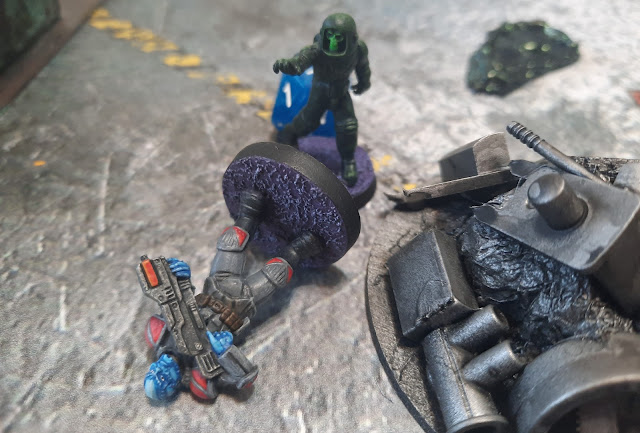 Can the four remaining Muppets survive this mission? Read on to find out! 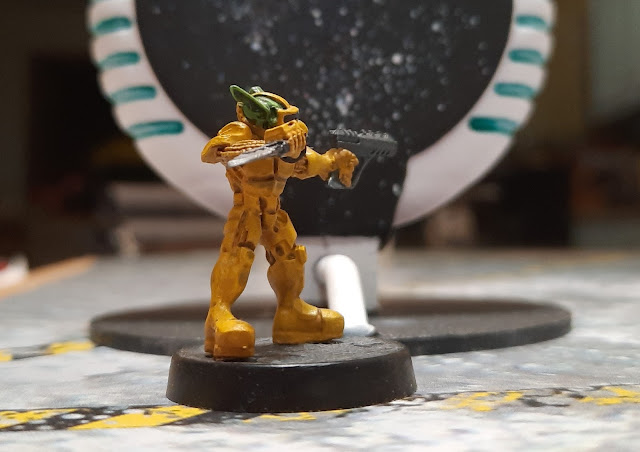 When we left the Muppets last time they'd survived a virus bomb, mutants and two huge gun turrets only to have the floor collapse under them, sending the crew plummeting into the Science Lab! 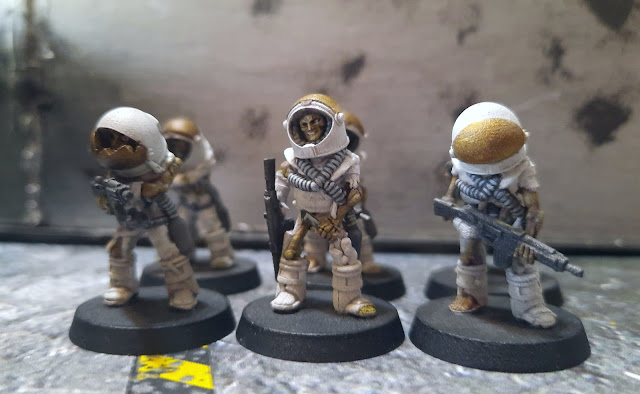 These guys didn't come out as well as I hoped thanks to the spray primer, but I still like them. 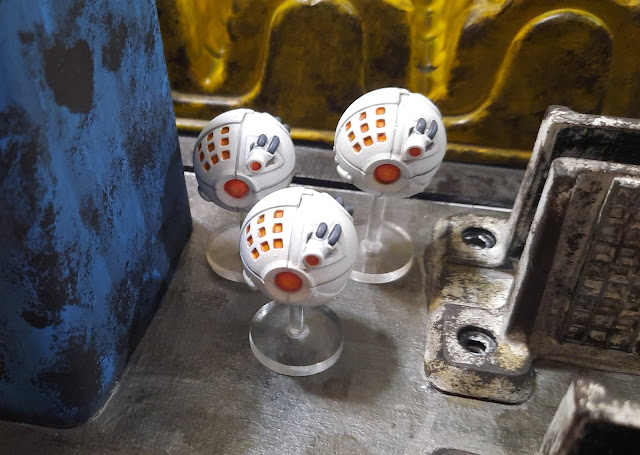 Three drones hide behind a piece of alien machinery, waiting for our intrepid heroes to come into range... 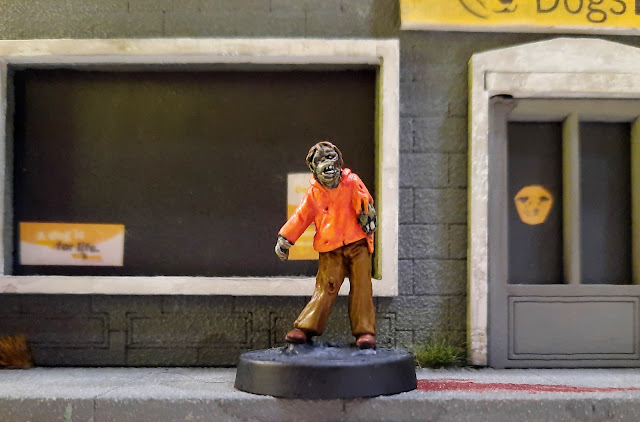 FINALLY I've managed to get a Zombtober and Apocalypse Me entry done. Work really does get in the bloody way of fun. 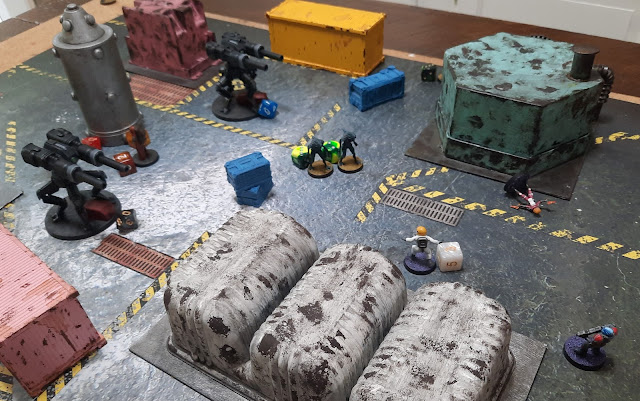 I'm on the Space Station Zero Reddit and Facebook groups, and Pod 6 is the mission I've heard the most about. It's supposed to be one of the toughest levels to defeat and people have reported losing crew members left, right and centre on this level, including one guy who had six of his seven crew killed. Gulp.