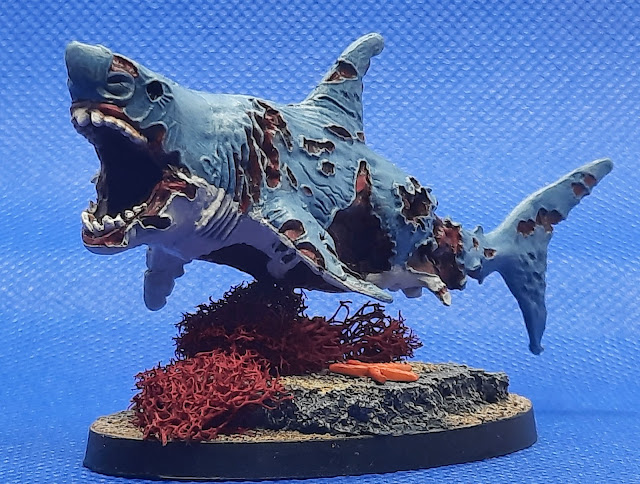 Say hi to Simon the zombie shark. Yes, I should have called him Bruce.

I bought and painted Simon back in August 2020, only two weeks before we left California for Vermont, but I never got around to basing him. He's been packed away for the past 2½ years but with my current project on hold thanks to PVA and greenstuff taking ages to dry, I decided it was about time I made him a base worthy of a zombified great white shark.

I had the base all planned out in my mind, and was going to use a walnut-sized stone I found while walking the dogs up the train tracks on their last morning in California... 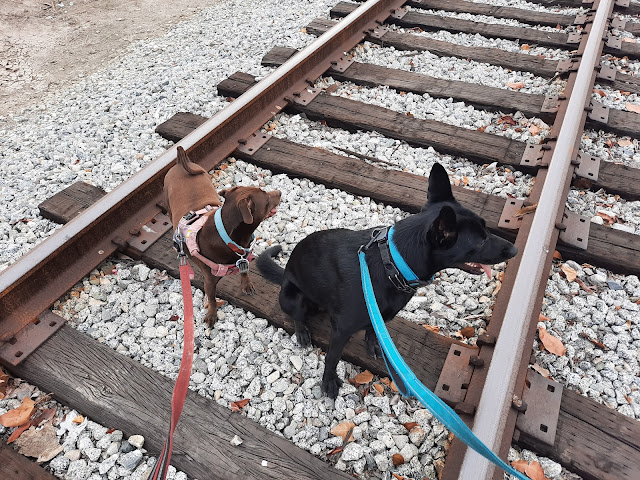 ...only to discover it's vanished. Great. There's about a billion stones on our drive but that means I have to do things like "put on shoes" and "leave the house" and "deal with snow" and that's just too complicated. So I decided to go in a different direction that would look good and allow me to remain warm. 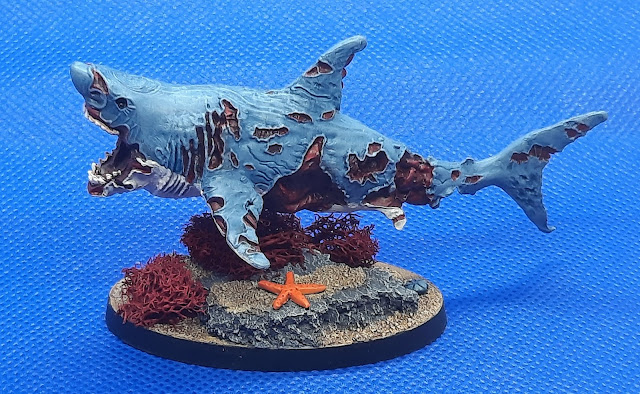 I used one of the oval bases I bought for my Marsh Troll and some cork tile. After tearing off a piece of tile and making it a bit more ragged with a sculpting tool, I used superglue to stick it to the base and gave it a good 20 minutes to set properly. Once dry, it was taken to the garage and sprayed with grey primer, then brought back upstairs, covered in PVA and sprinkled with sand. 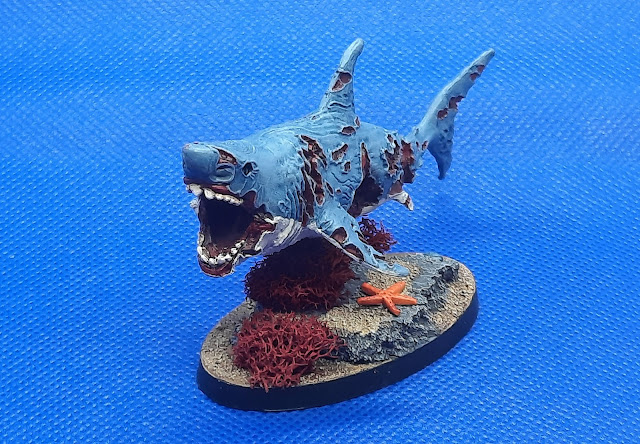 I kicked off by painting the sand with matte varnish to seal it before starting on the colours. As Simon's natural habitat is underwater, I wanted the sand to be darker than the usual desert base look, so I began with a coat of Tallarn Sand (I bought more GW paints thanks to the local games store doing a buy two, get one free offer). It was shaded with thinned Soft Tone and then given a drybrush with Karak Stone, and a lighter one with Ungor Flesh to give it a bit of yellow tone. 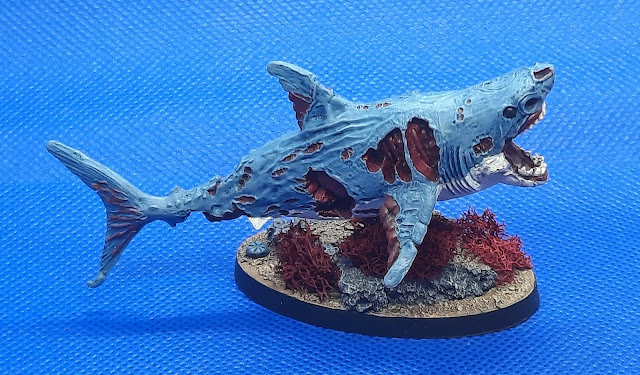 The cork was given a coat of Mechanicus Standard Grey and a wash with homemade black wash, followed by highlights of Ash Grey, Bonewhite and Neutral Grey. A diluted wash of more black toned down and blended the highlights a bit. 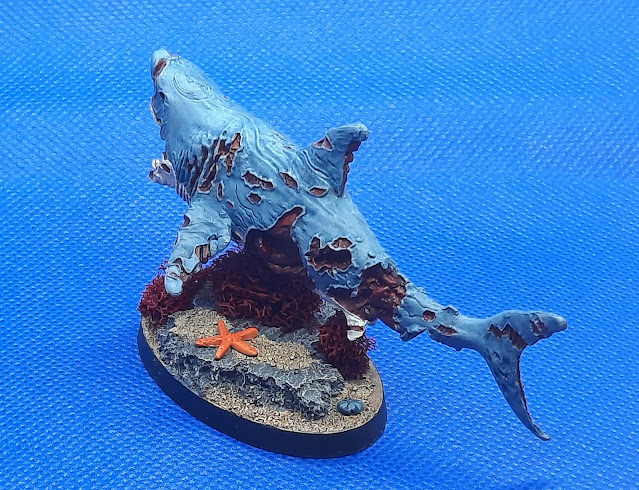 I have some cheap plastic aquarium plants I picked up in Walmart, but there's so much flash on them I just can't even deal with it. So I used some red lichen I bought years ago to act as coral. I ripped off a couple of chunks and PVA'd them to the base.

Then the issue of how to attach Simon raised its head. Luckily he already has a small hole in his underside from when I attached him to a cork to be painted, so I simply stuck a short length of paperclip into it and the other end into the cork. I didn't like how it looked, so I painted it Khorne Red and used another chunk of lichen to hide it. If I'd been thinking ahead I could have put a smaller piece of cork on top to disguise the wire, but this is me we're talking about. I can barely plan dinner, let alone a base.

I was happy with it but thought it could use another element or two. I rolled a small ball of greenstuff and made a starfish and a shell. They were glued to the base and painted, and ended up looking better than I thought considering I can barely sculpt a tentacle.

And no, Simon will not be making an appearance in Zombietown :-)