Apocalypse Me: Mucking up a Mustang 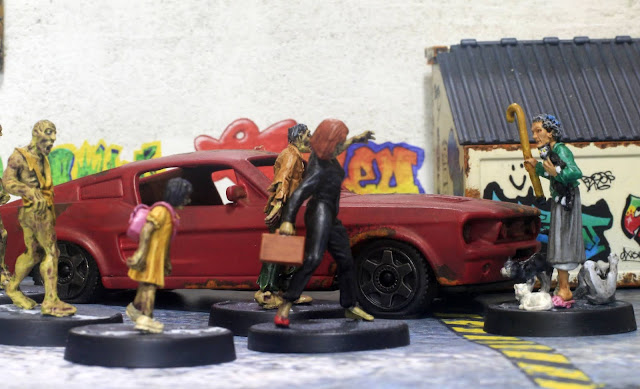 Edna waves her deadly walking stick as the zombie hoard makes its way around an abandoned car behind the convenience store.

I've been so into Zombtober (as you might have noticed) that I've neglected Dave's Apocalypse Me challenge, which is running in parallel and as a sort of crossover with Zombtober. Apocalypse Me is all about post-apocalyptic figures and scenery, and it doesn't matter if the apocalypse was caused by aliens, zombies, plagues, or someone asking "what's this button do?"
A couple of months ago I picked up another cheap toy car, in this case a 1/43 scale 1960s Mustang, at CVS for $3. It's perfect for Apocalypse Me, so here we go! 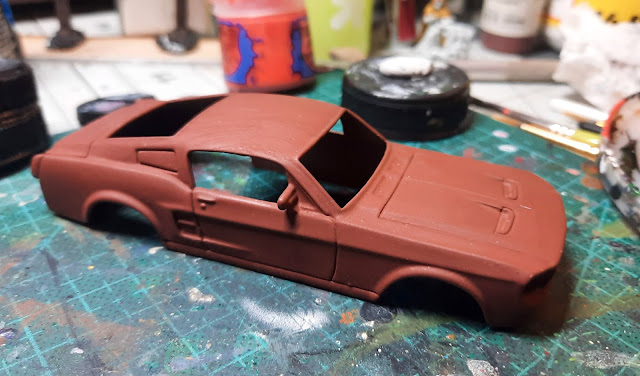 I thought I'd taken a photo of the actual car, but no. Just imagine it having wheels, seats and glass, and painted a nice light metallic blue. In this pic it's been taken apart and sprayed with a rust-brown primer. 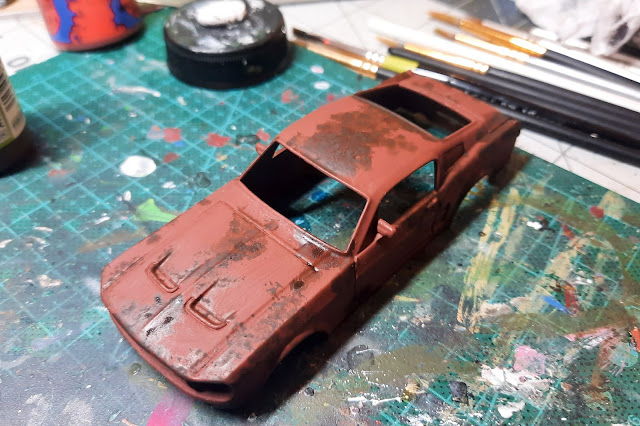 The first step is to daub some Dry Rust onto the areas that (I'm guessing) would collect water or be most exposed to the elements. 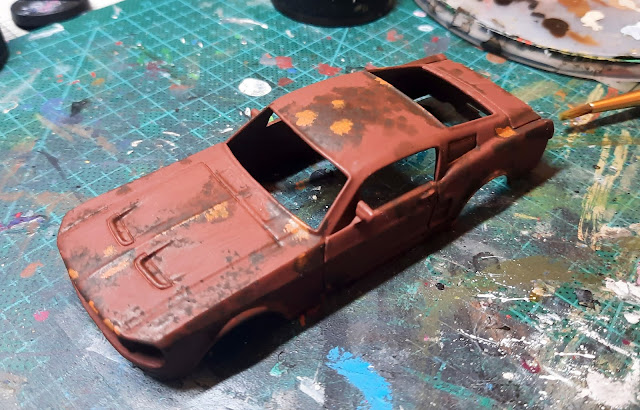 The next stage is adding a few dabs of Rust. I've been guilty in the past of totally overdoing this bit so I tried to keep it to a minimum for once. 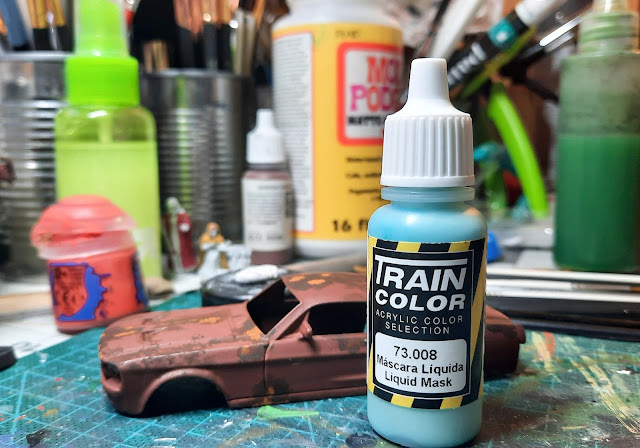 Here's the magic ingredient: Vallejo Liquid Mask. I picked some up months ago after watching this video tutorial and I've wanted an excuse to use it for ages. It's a lot like the chipping medium I used on my fence, only different. You apply it, paint over it, then rub off the paint over the mask. Seems easy! 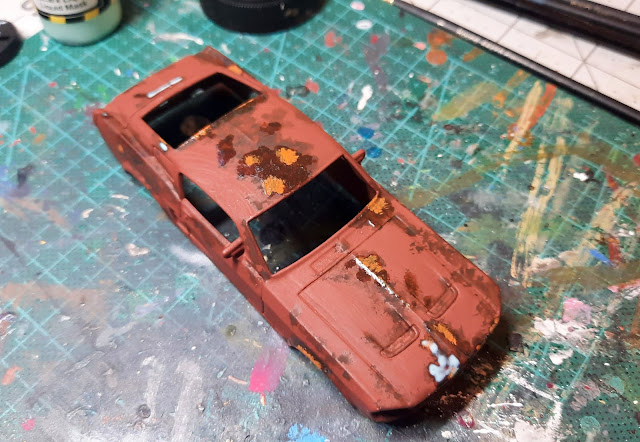 The mask is a light blue colour when applied but dries transparent and shiny, as you can just about see on the roof. I didn't paint it over every area of rust, just the bits I thought would look best. One thing about the mask is that it doesn't actually dry; it stays tacky for ages, so after an hour or so I decided to apply a coat of paint. I went for Flat Red to give the impression that the bright red colour has become dulled thanks to the weather.

I mixed a little drop of flow improver into the paint and applied it with a wide flat brush, making sure the strokes always went from front to back. You can just about see the mask under the paint on the roof and bonnet. Once the Flat Red had dried the moment of truth arrived: removing the paint. The guy on the Vallejo video wears a latex glove, but despite having a girlfriend who's a nurse I couldn't find any so I just used my bare fingertip. Thanks to the masked bits being slightly raised they were easy to find, and incredibly easy to remove leaving the rust showing through. 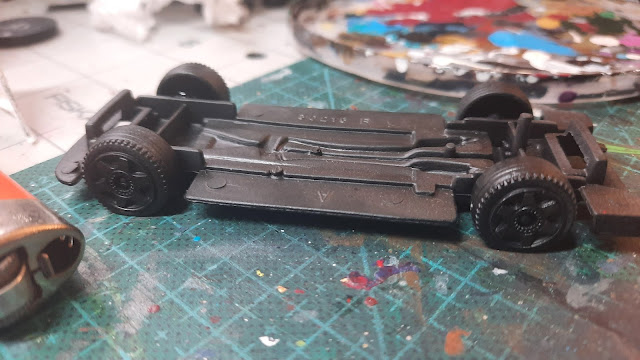 The final stage was to superglue the wheels in position, and then flatten the tyres by heating them with a lighter and pressing them down onto a metal ruler. I cannot emphasize the following the words enough: DO THIS OUTSIDE. I stupidly did it in the spare room and ended up feeling like I'd just smoked four packs of unfiltered Marlboros.

With the tyres suitably flattened I reattached the chassis using superglue and left it to dry. 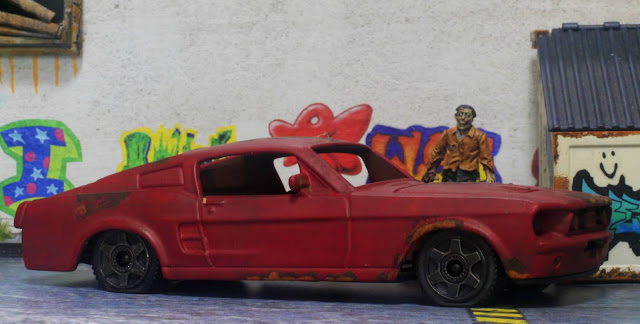 And here is is, with the usual terrible lighting. Does it look perfect? Christ no, it's me. But for $3 and about 90 minutes' work (leaving out drying time) it came out pretty well. This is the third toy car I've trashed — after the GT-R and the Mini — in the name of scenery, and despite using a process that's new to me it came out pretty well. One thing I liked about this project was that it was a lot less ambitious than the other two and so was much easier to do.

So that's my first entry for Apocalypse Me, and I've had an idea for another one that for once doesn't involve a classic car.