Zombtober / Apocalypse Me: Survivors and zombies 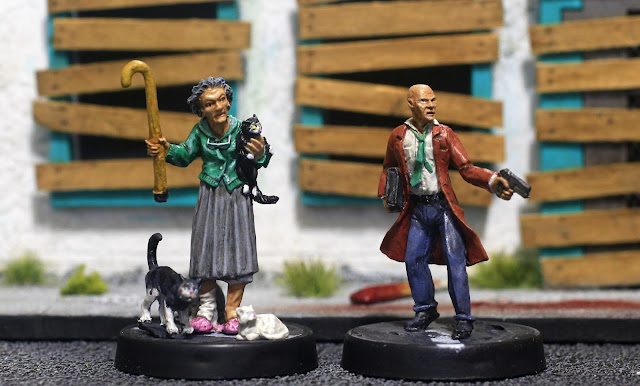 I usually do my zombie survivors in groups of four, but as I'm STILL waiting on an order from Hasslefree (which I'm not blaming on them, from what I've heard it's more to do with a shortage of postal workers in Vermont) I dug around in my storage boxes for any suitable minis for Zombtober. Luckily I found this pair and set about slapping on the paint. 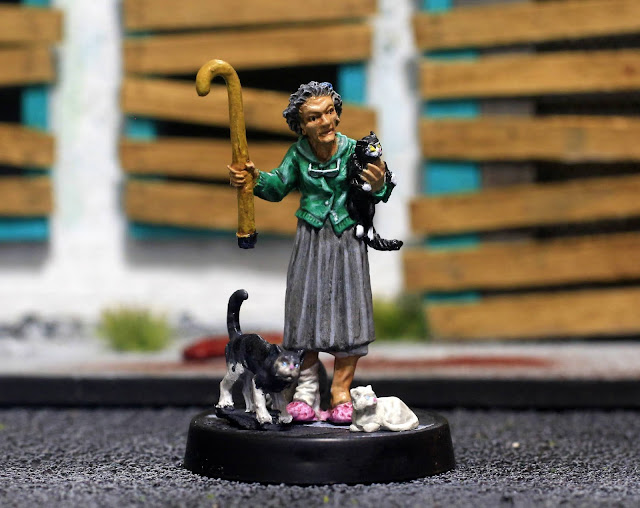 Edna isn't too sure what's going on, but what she does know is that scruffy people keep trying to eat her cats and that ain't happening. Wielding her walking stick like some medieval sword, she's adept at smashing undead skulls and so far has only lost one kitty.

I bought Edna back in [checks orders on Reaper's site] 2019! Her and her cats have been living it up in the Magical Box of Unloved Lead for the best part of two years so it's about time they were set free. I painted her skirt Ash Grey and her cardigan Park Green Flat before hitting her hair with a number of greys and her sock with Off-White. Pink was the absolutely obvious choice for her fluffy slippers.

Edna comes with six cats on separate sprues as well as the one she's holding, and I picked four for the base. The reason there's only three is because the orange one went really, really wrong. 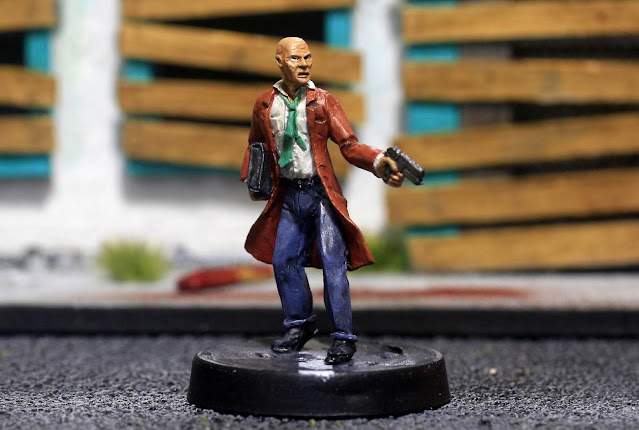 Dr. Zander worked at a top-secret research lab until it was overrun by zombies when an experiment went wrong. He clings to his briefcase as if the future of humanity depends on it because he thinks he's discovered the cure for the zombie plague. He hasn't, but that's a matter for another day.

Zander is a mini by Harwood Hobbies, and like Edna I've owned him for a couple of years. He's part of their Lovecraft Circle series and is also available in two other poses: unarmed and zombified. Zander was pretty easy to paint, with Blue-Grey and Black Wash for his trousers and Cavalry Brown and Read Leather for his coat. An Off-White shirt and some leftover Park Green Flat on his tie completed his ensemble. 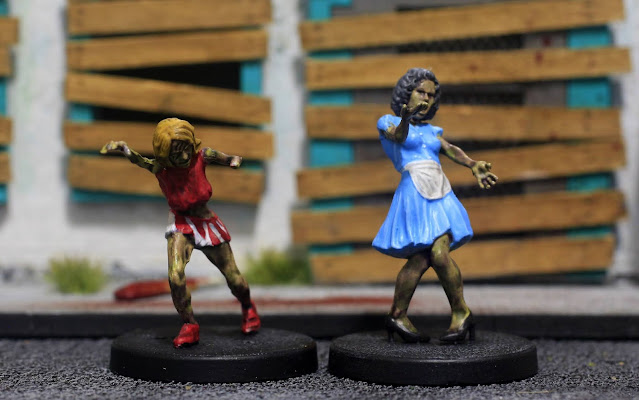 I also painted this pair from the Zombie Vixens box. I don't know how I missed them the first time around. Like the rest they were fiddly to glue together, and the cheerleader's right arm has a tendency to snap off if Watson farts in another room. The maid is supposed to be holding a tray but I could not find it on the sprue until after I'd finished painting her. Oh well, it'll go in the bits box.