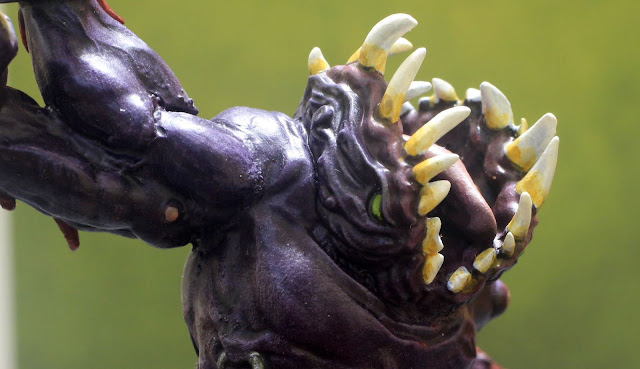 It's back to huge metal monsters today as I'm waiting on more zombies and survivors to show up in the mail for this month's double challenge of Zombtober and Apocalypse Me. So strap in and enjoy.

I painted a Gug back in 2019. It's the plastic Reaper Bones model and was fun, if frustrating, to paint thanks to squillions of tiny teeth. I actually didn't like the four-armed look and snipped off two of that sculpt's arms.

This Gug, on the other hand, is a whopping metal figure that I got in an RBJ Games Kickstarter I alluded to in my mean little zombie post back in August. He needed to be assembled before painting, with his two extra forearms being separate as well as his head being in two pieces. With a lot of superglue and swearing I managed to get him stuck together and then it was just a case of filling the gaps using Vallejo Plastic Putty as I couldn't face mixing greenstuff (and in my defence, I couldn't actually find it). It was the first time I'd used the putty, and it was really easy to apply with toothpicks and an old worn-out brush. 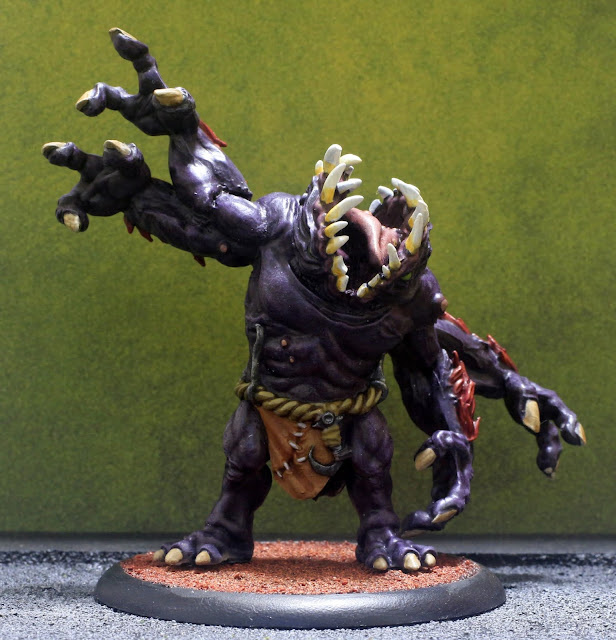 Gug was sprayed with cheap grey primer and then painted with Frozen Flesh, which is a dark purple-grey colour. After leaving him to thoroughly dry, he got a solid shading with Citadel's Druchii Violet, which I picked up in Bennington last week as my bottle of Army Painter Purple Tone is on its last legs after more than three years' dedicated service. I like the Citadel shade, although to be honest there's bugger all difference between it and the Army Painter version. 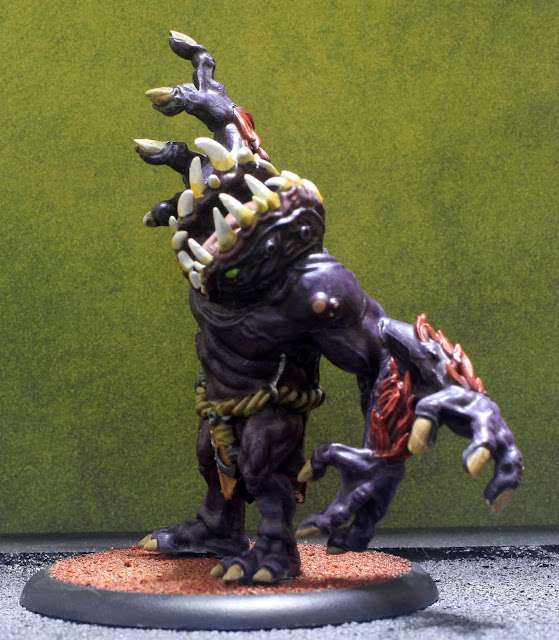 I used my hairdryer to speed up the wash's drying time, then hit the highlights. I just mixed larger amounts of Ghost Grey into the Frozen Flesh and overbrushed the first couple of passes before switching to drybrushing the final two highlights on.

It dried a bit chalky so to tie it all together I took a deep breath and gave Gug another once-over with more Druchii Violet. It did help give the skin a better look but on the other hand darkened it more than I'd have liked. 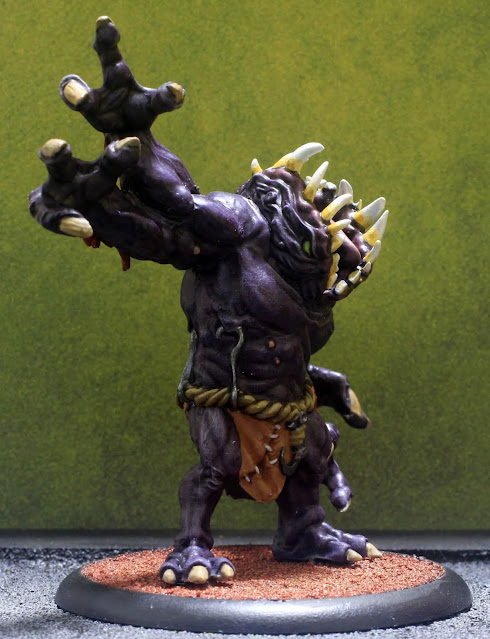 Ooo, details time. I kicked off with his claws, painting them Ivory, washing them with Sepia Wash and highlighting them with Bonewhite. Then it was time for his mouth, for which I used Citadel Barak-Nar Burgundy. As it's a base coat it covered really well. I mixed the burgundy with Sunny Skin to highlight it, then shaded it down with Flesh Tone, and used pure Sunny Skin for the ulcers.

The fur on his arms was the same colour and shading as his skin, which didn't look good. I thought about using purple for it, but then — keeping in mind that this is a monster from another dimension — I decided red would make a good contrast to the violet. A couple of thin coats of Red, a couple of layers of Flat Red, a highlight with Wild Rider Red and a final wash with Red Tone worked well. 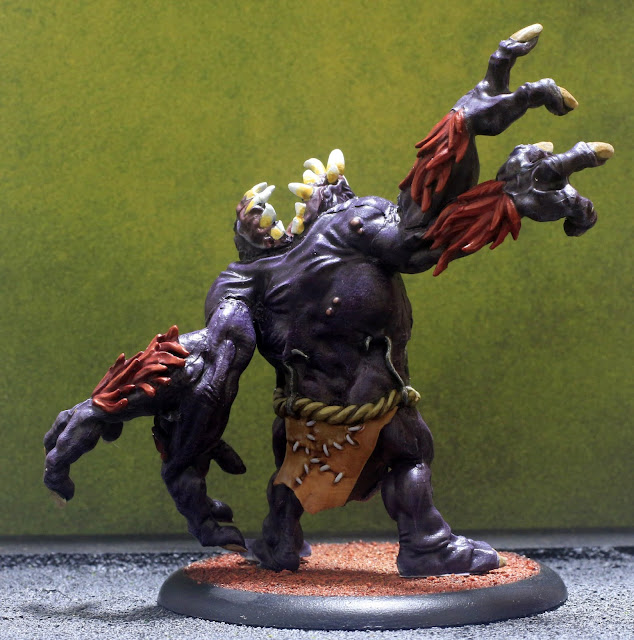 His rope belt was painted Khaki, Dark Tone and and the hooks Natural Steel. Then came one part than did worry me: his stiched-together loincloth. It was originally going to be done as different colours of cloth or leather, but then I went for different skin tones to make it more creepy using my flesh mix, Pale Flesh and Deepkin Flesh. All were given a once-over with Flesh Tone to blend them together a bit, then highlighted with their respective colours. The stitches are Ghost Grey.

The final details were his teeth, for which I used Ivory, some thinned Filthy Brown to give them a yellowed look, some Burnt Umber Wash and a touch of White. They didn't come out quite as well as I'd hoped, but they'll do. Lastly I did his boils with more Barak-Nar Burgundy and Sunny Skin Tone, and his eyes with Olive and Scorpy greens.

His base is dead boring: sand painted with Dark Red, washed with homemade black wash, and highlighted with Wild Rider Red and a bit of Lemon Yellow. I couldn't think of anything to put on it, so I didn't. 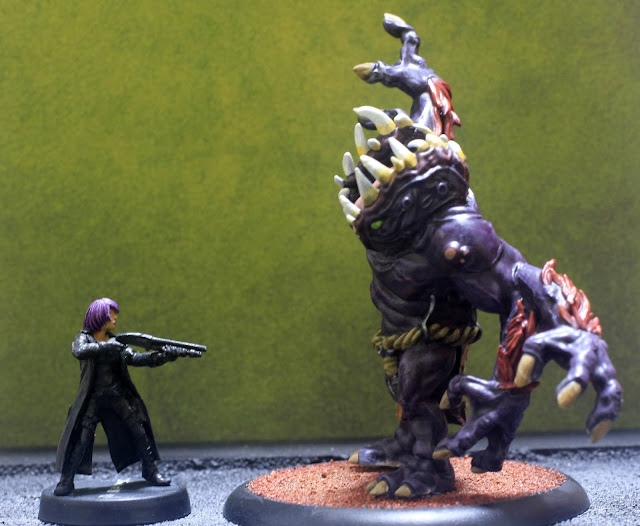