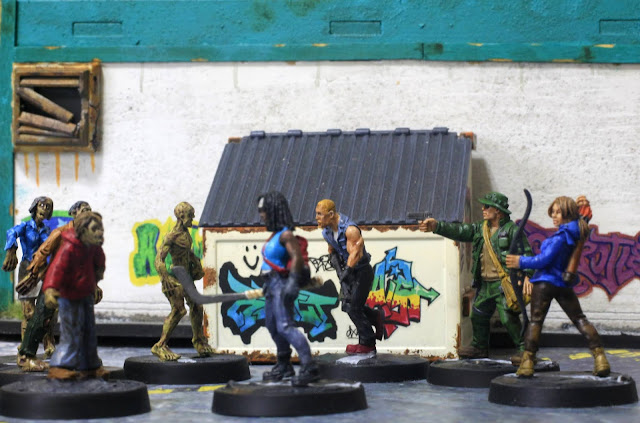 Four more survivors battle a horde of zedheads by the dumpster. It's the only place they can afford to rent. 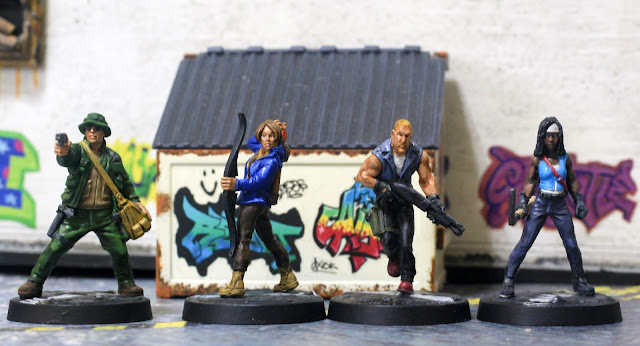 From left we have Lazarus, Laurie, Vince and Gaia. As you can see, Lazarus missed the memo about wearing blue. It's nice to finally have these painted, and even better to finally have them in hand. The Hasslefree order turned up last Saturday after spending five weeks in mail limbo. 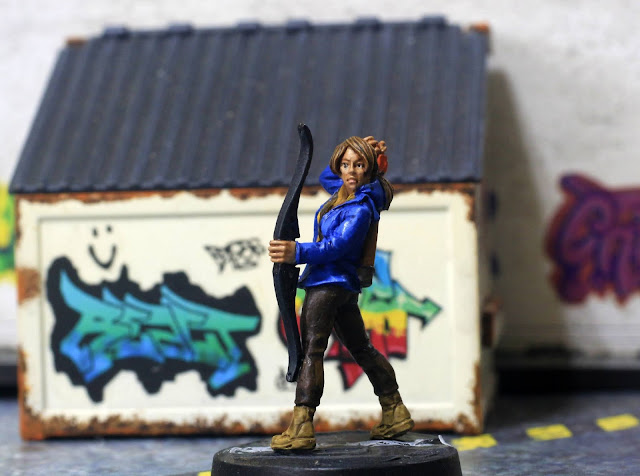 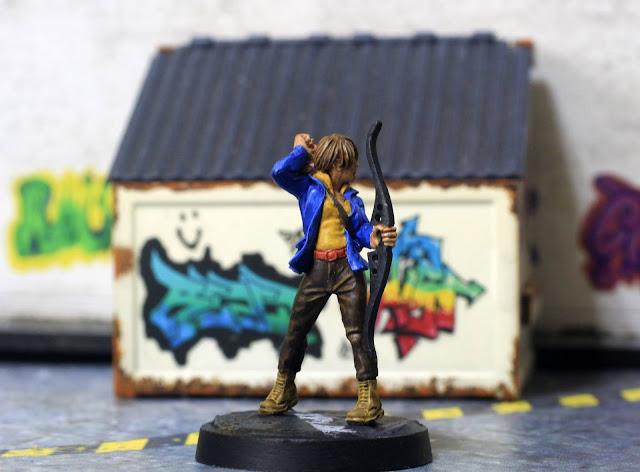 Laurie's always been an outdoors type, so living off the land isn't a hardship to her. Living off the land while surrounded by huge packs of shambling corpses is a different matter, but luckily she's a dead shot with her bow.

Laurie gets two photos so you can see the awesome job I did on both sides. I'm sure she's a pop-culture reference but I don't know it; is she the female equivalent of The Walking Dead's Darrel? I gave her Chocolate Brown trousers, a Golden Brown top and Flat Blue hoodie. The orange belt is a homage to one I used to own. I also did the arrow fletchings in orange to make them easier to retrieve from zombie heads. 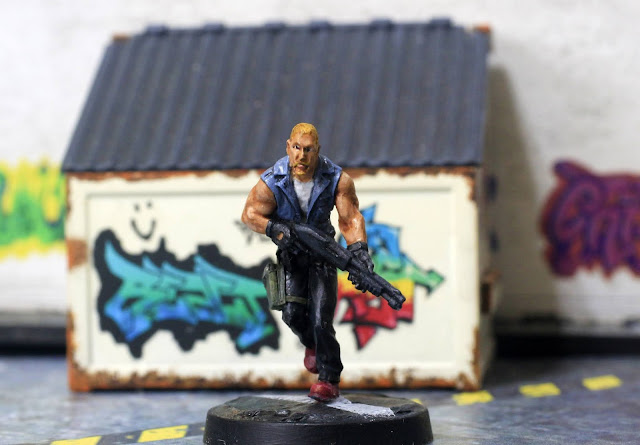 Vince was a bank robber in a former life, but now survival has overridden his desire for cash. He lost track of his gang in the initial panic but managed to keep hold of his shotgun and he's now the group's heavy-hitter.

OK, yes, the end of his shotgun is slightly bent and I managed to fix it as much as I dared without risking it snapping or breaking off. Anyway, Vince is rocking a Blue-Grey denim vest over an Off-White t-shirt. His boots are meant to look like cherry red Doc Martens and Dark Red worked well. 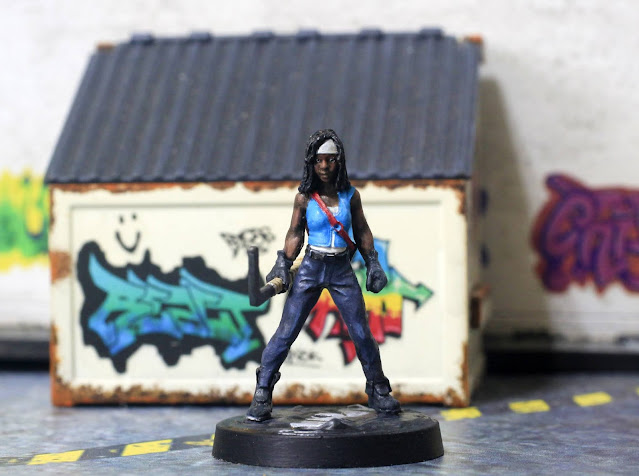 Gaia worked in a bookstore, but the zombie apocalypse made her open a new chapter in life. Armed with her trusty hockey stick, she's become very good at smashing in skulls and hacking off limbs as she fights her way through horde after horde.

You might recognise Gaia from her appearance as Michonne in The Walking Dead. Gaia comes with the option of wielding a hockey stick, assault rifle or katana, and I went for the hockey stick as I don't have a survivor with one. Her dreads are Black, her top Light Turquoise and her jeans Blue-Grey with a ton of Nuln Oil to darken them. The hockey stick is Oily Steel for the blade and Off-White for the handle. 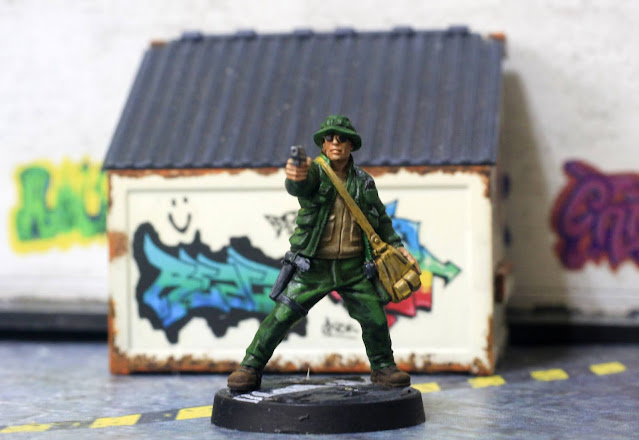 Lazarus is a Special Ops member and CIA agent who was only back in country three days when the dead began to walk. He's got his pistol, he's got his boonie hat, and more importantly he's got a bag full of top-secret intelligence that he really doesn't want to lose.

Lazarus got a his military look thanks to a coat of Mutation Green and a shading with Nuln Oil, which replaced my Vallejo Black Wash (thanks for the hint about not buying gloss, Dave!) His bag, which may or may not contain information vital to the battle against zombies, is Japanese Uniform highlighted with Khaki. Some Forest Flesh for his shirt and Black Grey for his holster and he was done.

With Zombotber and Apocalypse Me ending tomorrow, I'll have to finish the bit of scenery I've been working on on-and-off (mostly off) for the past couple of weeks in order to get it posted in time. Many thanks to Simon for organizing Zombtober, and Dave for Apocalypse Me.

Mo'vember kicks off Monday, so I'll have to see what I can do for it.