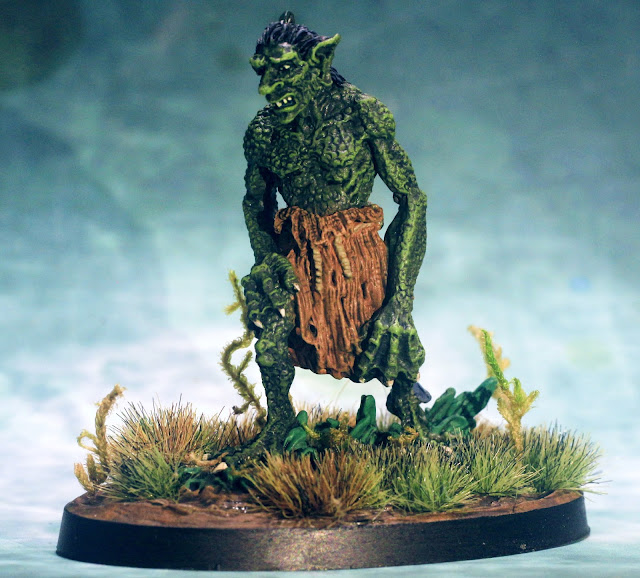 This dour chap was an impulse buy off Amazon. Sculpted by Bob Olley, I really like his air of melancholy as he trudges home through a cold and bleak marsh. 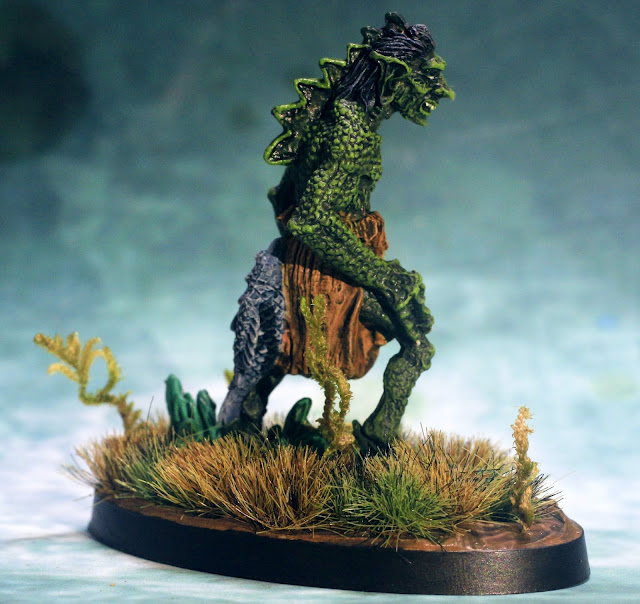 After priming him black his skin got a coat of Heavy Black Green and a shading with homemade black wash. After that it was a case of highlighting him with drybrushes of Olive Green and Army Painter Scaly Hide, one of the few AP pots I didn't chuck out when I discovered Vallejo, and a final wash with thinned Scorpy Green to brighten up the colours a bit. 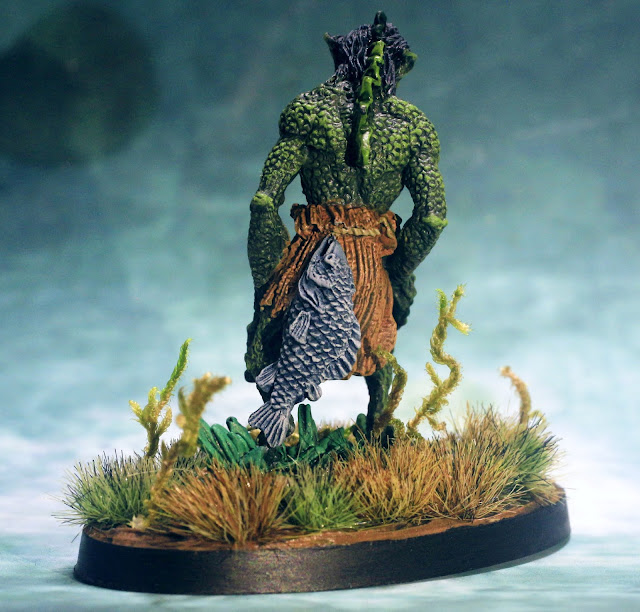 His skirt(?) is Orange Brown with Burnt Umber shading and highlights of more Orange Brown mixed with Light Brown, and the rope holding it up is Khaki and Ivory.

The whopping fish he's caught for dinner caused me a few issues in terms of how to do it, but in the end I just went with Blue Grey, Ash Grey and Ghost Grey with Blue Tone for the shading. 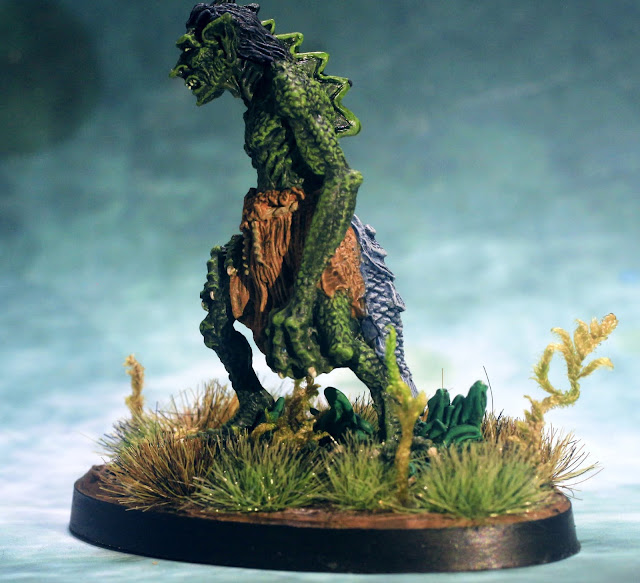 The fin running down his spine was originally edged with Bright Orange for reasons that escape me right now. It really didn't work and looked like he had a punk mohican, so I redid it with more Black Green and Scorpy Green. His teeth and claws were picked out with Ivory, and I used Off-White for his eyes. 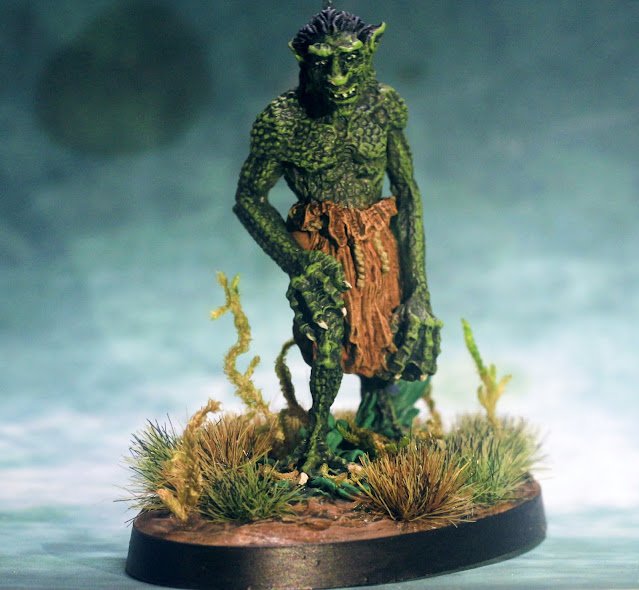 He was finished last week but then came the base. He has an integral one moulded to look like leaves and a couple of rocks, which got painted Park Flat Green and Stonegrey respectively. As I'm a lifelong hater of integral bases I wanted to stick him on a plastic one, but he was too wide to fit on a round 45mm base and looked lost on a 60mm one. After using an oval base for the first time on Theris Vinsom I thought one of those would work, and then had to wait several days for a bag of them to arrive in the mail.

After covering the base with modelling paste I painted it Flat Earth and washed it with Burnt Umber. I mixed some Black Green with Secret Weapon Realistic Water and daubed it on to represent some manky puddles. Then I added a bunch of Army Painter Swamp and Woodland tufts and some dried moss I picked up from Walmart. It's not quite what I was going for, but it looks good.

Again I have to apologise to my fan(s) for the dearth of posts this month. Partly it's been a bit of a painting funk thanks to the ending of an eight-month streak of challenges, and going back to doing random minis has been a bit of a "what do I do now?" feeling. The other reason is that I've got a job again, this time as an activities assistant at a long-term care facility which is fun but also involves walking around 15,000 steps per day. My thighs have filed for divorce and my shins have declared war.

More minis to come soon, including another Oldhammer Terminator!