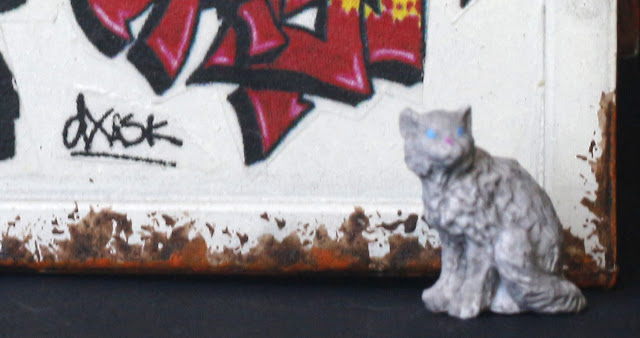 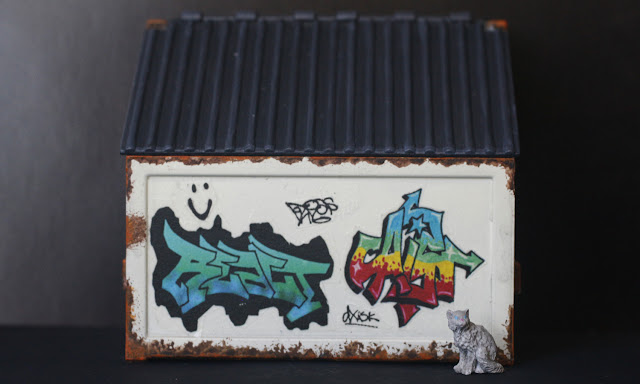 I followed up on my threat and painted another Reaper dumpster. This one was airbrushed with Vallejo Ivory as I wanted a lighter colour I could apply my graffiti transfers to. After being washed with a couple of coats of thinned Grey Wash to make it look a bit weatherbeaten, I added the rust  with Vallejo effects paints in the same way as last time. The cat is from my Edna the Crazy Cat Lady mini, which I have yet to paint. 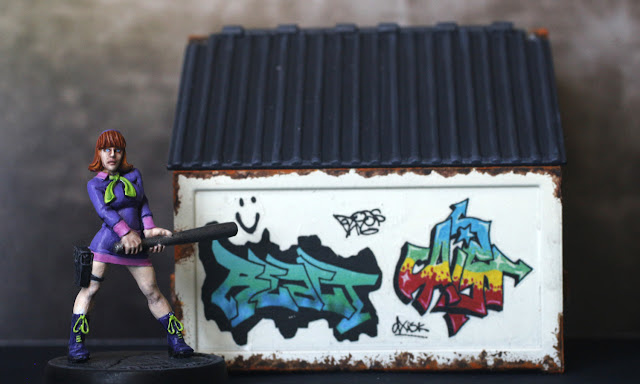 Here's Felicity. She's hanging around this dingy alley keeping an eye out in case there are any zombies around while the rest of the group searches for supplies. Little does she know that there's a far more terrifying and deadly monster much closer to her. 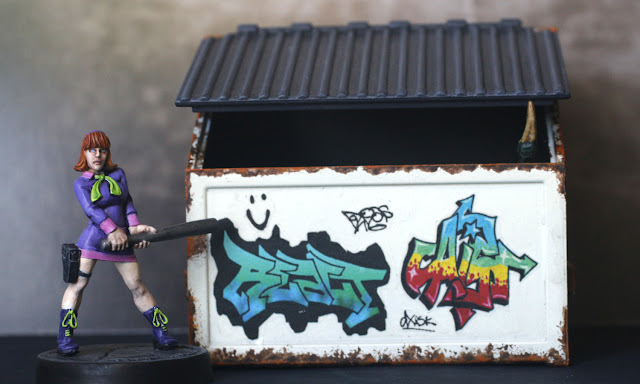 Watch out behind you, Felicity! 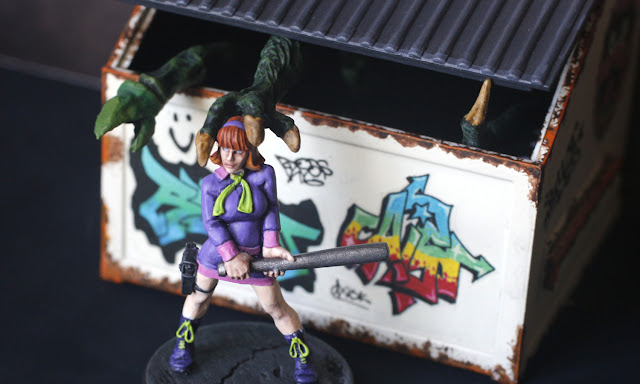 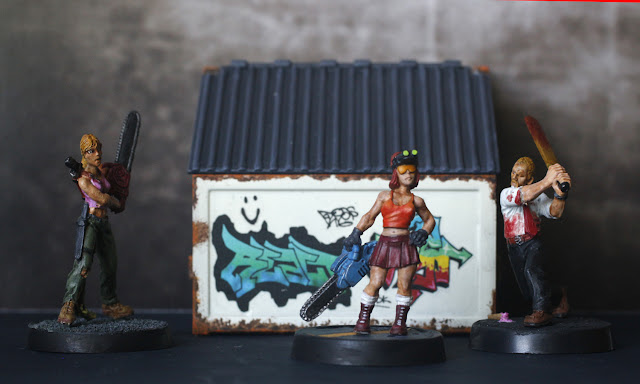 Berkely, Louise and Ray return but are baffled as to Felicity's whereabouts. After a quick search they leave the area, their friend's disappearance a complete mystery. The Lurking Horror waits for its next victim.

I had the idea for the Lurking Horror while painting the dumpster. Once I'd worked out how to do it, it was pretty straightforward, if by "straightforward" you mean "almost sent me nucking futs". 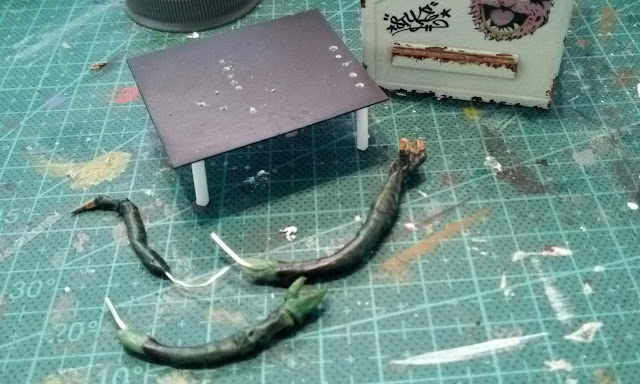 Here's a view of the bits. The three arms are made from the leg (left) and claw (bottom) of a spare Reaper mi-go and the hand is one of the two I cut off my Gug. I drilled holes in them, inserted lengths of brass wire and built up the arms with greenstuff. Once dry, I painted them with Vallejo Black Green and highlighted them with Olive Green. The "table" is just a piece of plastic card painted black and supported by four short lengths of 2mm plastic rod. 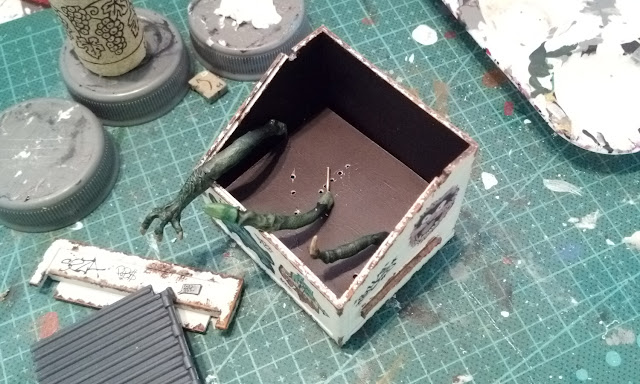 You can see all the holes I drilled in the table in my attempts to get them to stick out of the dumpster in a realistic fashion. I'm sure someone competent could have got this right first time, but with me it was a case of trial and error and swearing. 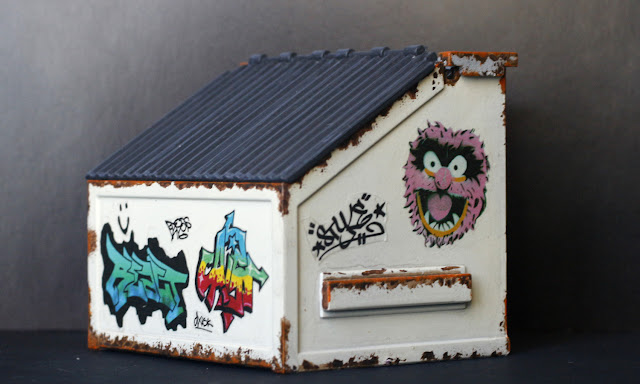 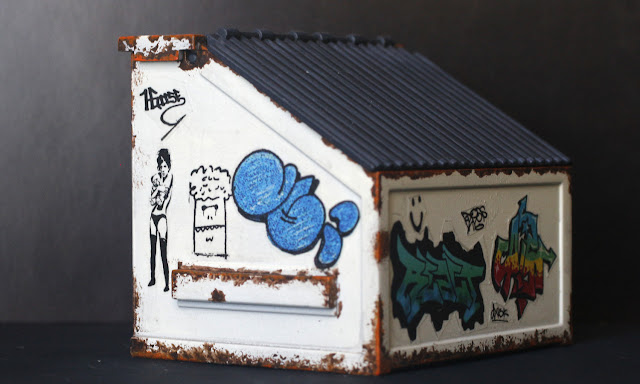 The only real let-down was the transfers. Although they look great on a light background, you can see the outline of them above the paintwork. On the other hand these are shots taken with a macro lens at close up; from a distance you can't really see them that well. Next time I'll have to trim them even closer to the image.

Check out the rest of the Monster May(hem) participants:

Roger from Rantings From Under the Wargames Table.