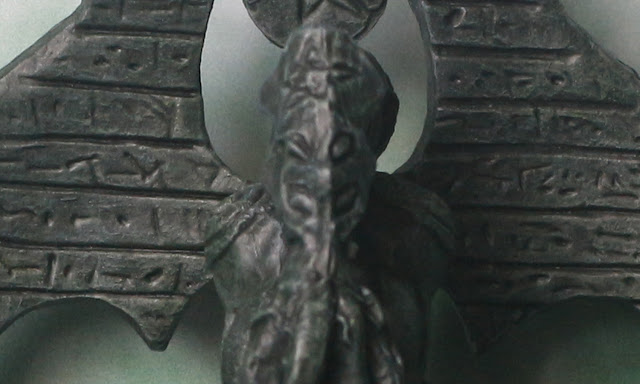 Ever wanted a shrine to an Elder One in your living room for the low, low price of $2.99? 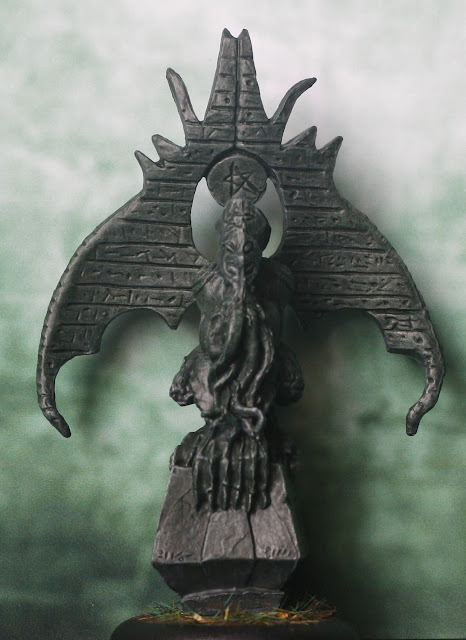 I wanted something that would look like a statue made of the "greenish-black stone" described in "The Call of Cthulhu" short story. I kicked off with a coat of Vallejo Dark Grey and a wash of Army Painter Green Tone, and then built up highlights with Sombre, Neutral and Ghost greys. Each stage of highlighting got another coat of Green Tone, and then just to keep the theme going the model got two more coats when it was finished.

I'm pretty sure this figure holds the record for fastest time between being bought and being painted. I bought it Wednesday at Brookhurst Hobbies and it was finished Thursday morning. And I really like this mini but I do wonder why sculptor Michael Brower decided to portray Cthulhu as a Giger-esque Alien wearing a mask. 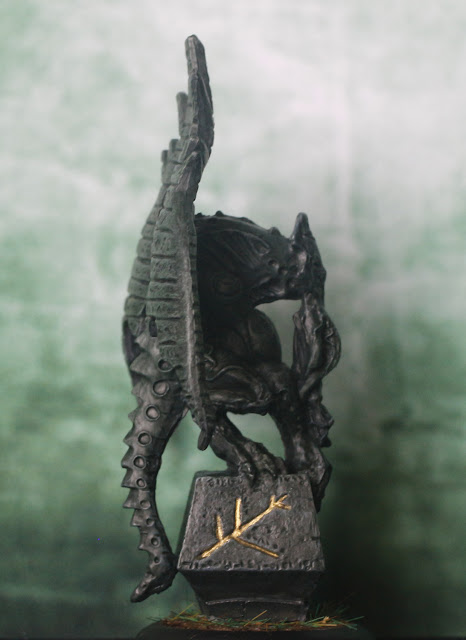 The Elder Sign on the sides of the plinth was picked out in Vallejo Polished Gold, a new colour I bought last week. I've been slowly replacing my Army Painter colours with Vallejo paints but for some reason this is the first Vallejo metallic I've bought. I will definitely be getting more. 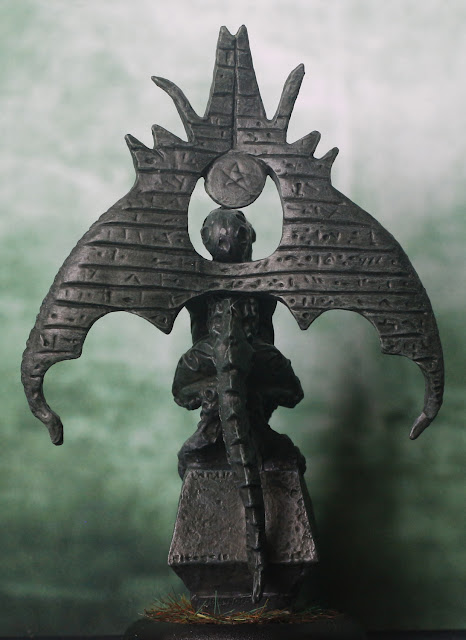 This view shows that the back of the wings aren't as green as the rest of the body, which came as a surprise to me. I should have noticed when I glued them on. Guess I'll be plastering even more Green Tone over them at some point.

For a plastic figure, especially a softer Bones one, the definition is pretty good, although I could not fix the slightly wonky wings and just gave up. I did think about picking out the runes on the wings in gold, but consigned that thought to the dustbin. To be honest I don't have the patience, and all I could foresee was having to clean up errant metallic flakes. 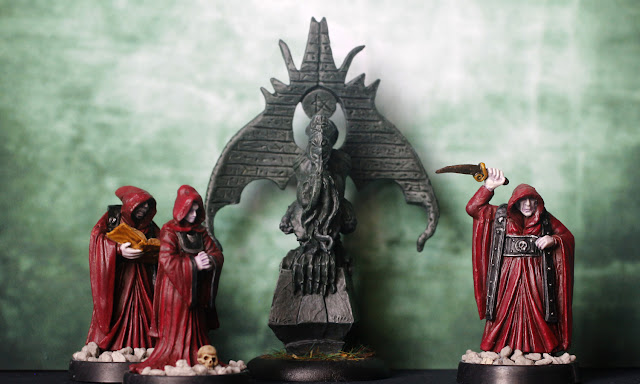 Here's the shrine with some cultists who appear to have forgotten their sacrifice. As you can see it's taller than a regular mini, meaning it gets to hang out on a shelf with Tracy and QT instead of being in my display case. I used my new autumnal grass/leaves mix on the base. If goes like my cork phase it'll be covering every base from now till I run out.
Labels: basing, horror, lovecraft, reaper, vallejo