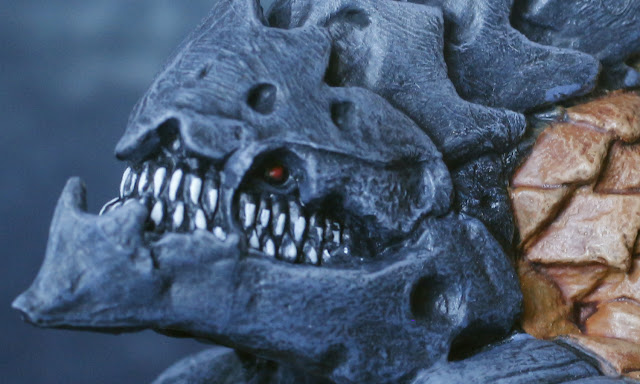 I thought Tracy would be my only entry for Monster Month, but then the combination of an unpainted mini and a boring Friday produced this loveable chap. 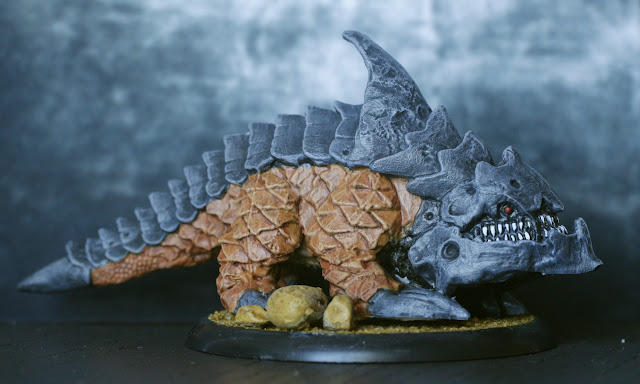 This is the plastic version of Reaper's Burrowing Horror, sculpted by Jason Wiebe (the metal version is a lot bigger). It's basically the non-union equivalent of the bulette, or land shark, one of the original monsters from Dungeons and Dragons. To continue a theme I've named this one Clive.

As the name suggests, Burrowing Horrors like Clive tend to spend their time underground, no doubt reading mind-broadening literature while smoking a pipe, before rocketing into the daylight to devour some poor sod who disturbed their peace and quiet. 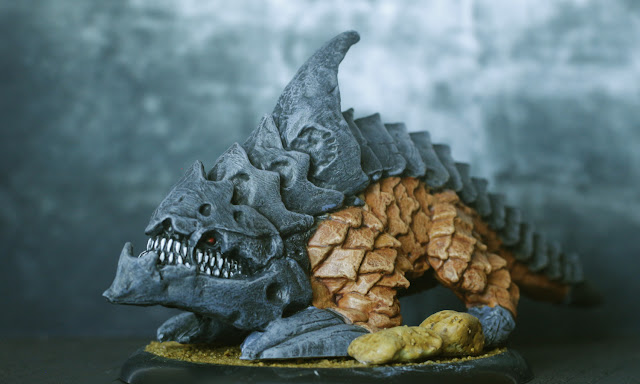 I primed the mini with Vallejo Black before drybrushing the crap out of the upper half with Vallejo Sombre, Dark and Neutral greys as well as a touch of Army Painter Ash Grey. The teeth are Vallejo Ivory, which since buying it a week ago has become my go-to for an off-white shade. 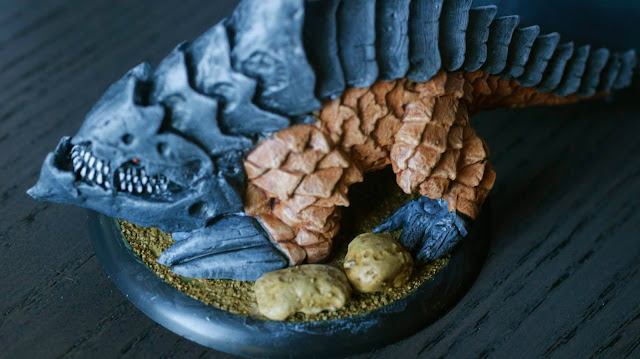 Clive's lower half is inspired by the Graboids from the absolute classic movie Tremors. A couple of thinned coats of Vallejo Orange Brown, a good wash in Army Painter Red Tone and a couple of drybrushings with Orange Brown and Light Brown and he was done.

He's on a 60mm base covered with tacky glue and sand. Once it was dry I painted it with Army Painter Desert Yellow (yes, I painted real sand with sand-coloured paint) and shaded it with Vallejo Umber Wash. The small pebbles were treated the same way (yes, I painted real rocks to make them more realistic) and superglued in place.

So that's my second entry for Monster Month, and there might be a third. Keith has painted an owlbear as his second entry, and if you want to see real dedication to the craft, pop over here to check out Roger sculpting his own original mini.