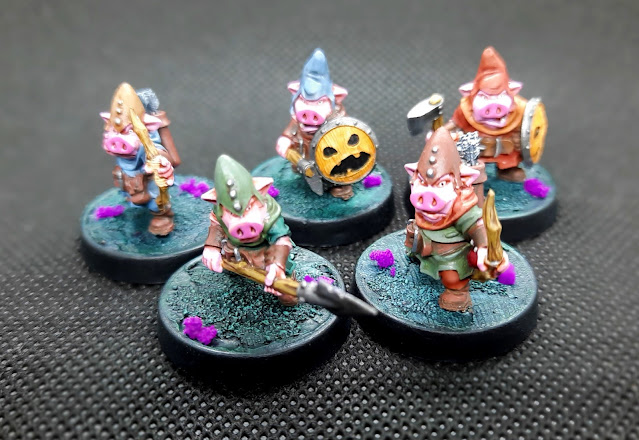 After overcoming my cold, I pressed on with these little chaps and finished the second batch a couple of days ago. I'm well happy with how they turned out, and I'd like to introduce Samantha, Bruno, Tim, Rasher and Jim.

I stuck to the palette I'd used for the others, with just one deviation thanks to me having a total brain fart. One thing that hit me while painting the seventh one was that they have sleeves, and I'd been painting their arms in pink flesh tones. Oh well, too late now, so the final four also got the pink treatment, and again I wasn't too worried about perfectly matching the skin colours.

As per usual in my life there was one weird issue: I made all their bases last week in one go, and upon finishing them I discovered two had vanished. I have no idea what happened to them (although there is a gremlin somewhere in the spare room) so I had to dig out the modelling paste and sand and remake them. 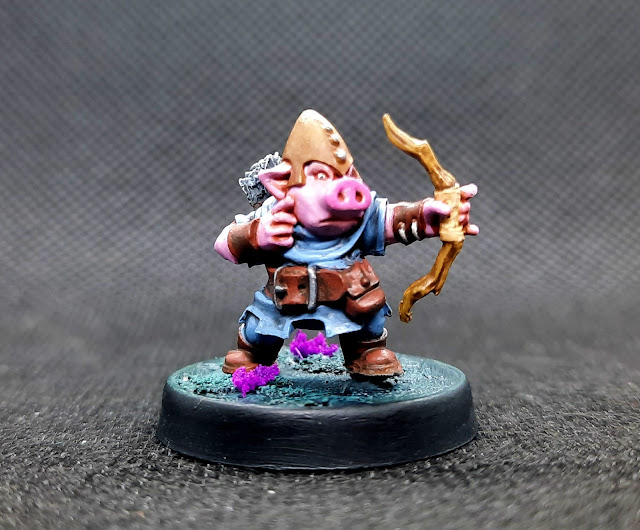 Samantha is second only to Wendy when it comes to bringing enemies down with her bow.

I decided to go with a one-colour outfit for Sam, using Blue-Grey, with Flat Earth for her helmet. 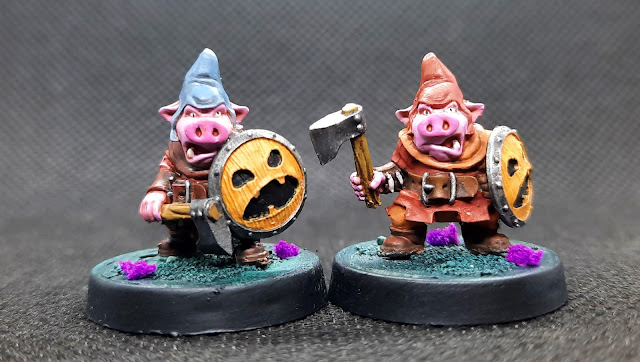 Tim and Jim are twins, and both are skilled at using their choppers (oooer!) to great effect on opponents.

Tim's in Blue-Grey and Chocolate Brown, and Jim is painted Calvary Red and Orange Brown. Their shields have an awesome design and look really good when finished, and again I used Filthy Brown, Casandora Yellow and Averland Sunset to get the pumpkin look. 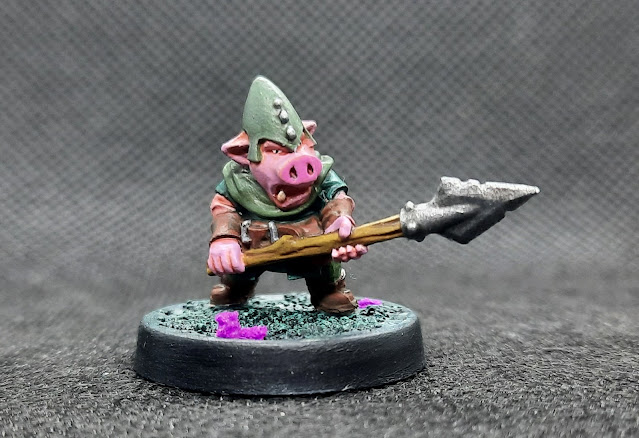 Bruno is the squad's oldest member, a survivor of many battles and a teller of many tall tales about his past escapades.

This is where I had my brain fart: for some inexplicable reason I painted Bruno's tunic Caliban Green, which wasn't on my palette list but is what I used for the bases. Rather than repaint him I just went with it and used Loren Green for the second colour. 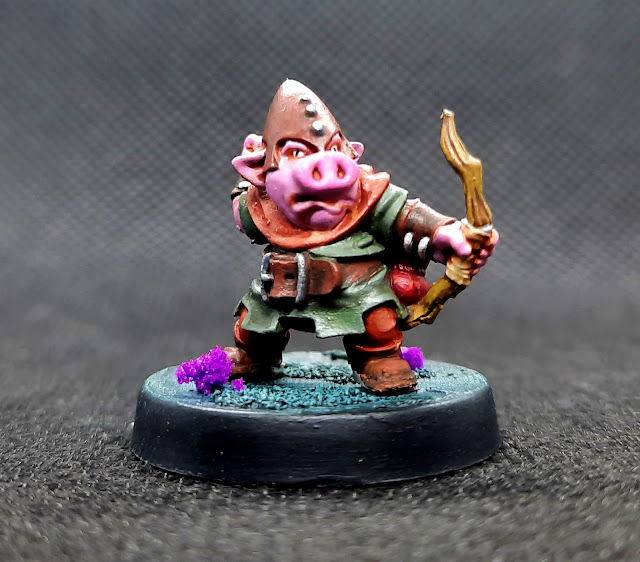 Rasher hasn't been with the squad for long but he's already proved himself a crack shot despite his wonky eye.

I used Loren Green, Olive Green and Cavalry Red on Rasher, which is a good-looking combination.

So that's all the Squealers done, and here they are in one terrible photo group along with Wiggles the Warlock and Porkchop: 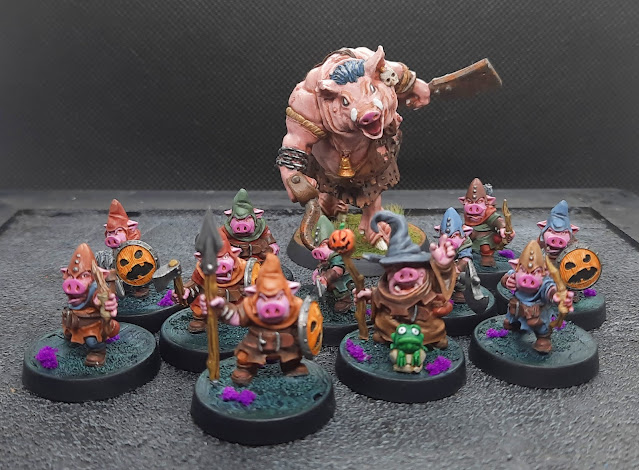 I posted the photo of the first squad to RBJ Games' Facebook page and got a shout-out from Benjamin Rodman, who works in art direction at RBJ, which was awesome! They really are cracking little sculpts and RBJ has more in this line, which I want to pick up at some point.

With the porkers done it's time to finally turn my attention to Monster May(hem). I've got off to a very slow start compared to last year and was prevented from painting yesterday thanks to agonizing toothache, which meant an emergency visit to the dentist. My British DNA strikes again! But I'm cracking on with my first entry today.

One last thing: Dai wanted a photo of the gremlins next to a regular-size mini to get an idea of their scale, so here's Baz, Kez and Tez with Sarge, Betty and a Primaris Marine: 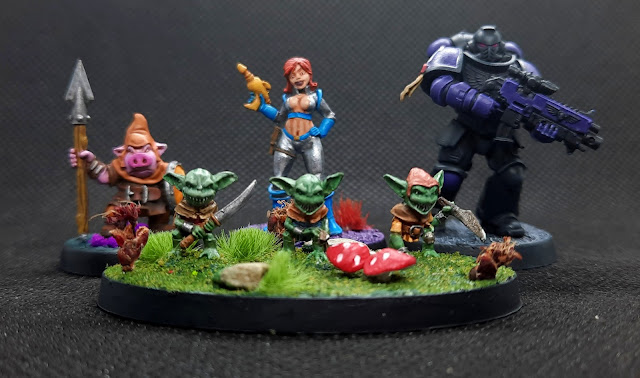 Wow, they are tiny. Stay tuned for more, and remember: always know where your towel is.