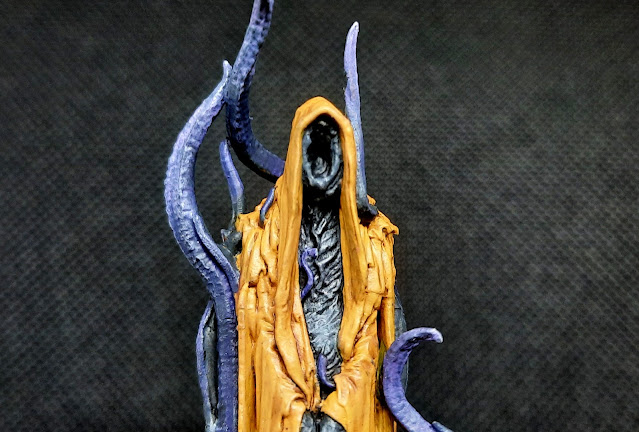 Of all the Cthulhu: Death May Die minis, Hastur is by far the creepiest. He was also by far the hardest one to paint.

Hastur was the final large model I painted, or at least tried to paint, for last year's Monster May(hem). It really didn't work out; the colour I used for his tentacles, Malefic Flesh, looks good in small areas but just became a mass of brown-tan on such a bigger model. His cloak was a disaster, endless coats of Demonic Yellow doing next to nothing to cover the black primer. So, I admitted defeat and Hastur went back into storage, and by "storage" I mean "chucked on a shelf".

Twelve months later, Monster May(hem) 2022 has given me the impetus to get this evil sod finished. And I did it, I defeated an Elder God and didn't go insane in the process. 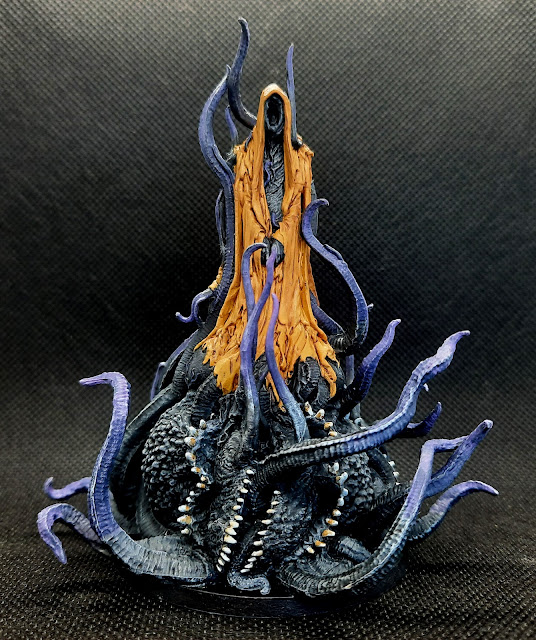 The first thing to do was the mass of writhing tentacles and toothy scrotums that make up Hastur's... body? I painted over all the Malefic Flesh with Black-Grey, shaded it with Nuln Oil, and then highlighted it with Mechanicus Standard Grey and a touch of Neutral Grey. It looked way, way better than the old colour.

I wanted to add another colour to break up all the black, so I layered some Violet onto the ends of the tentacles and then layered Pink over that. Although Hastur is usually portrayed as being solid black, it's such a bloody boring colour and the layering helped disguise some of the chalkiness of the drybrushing. 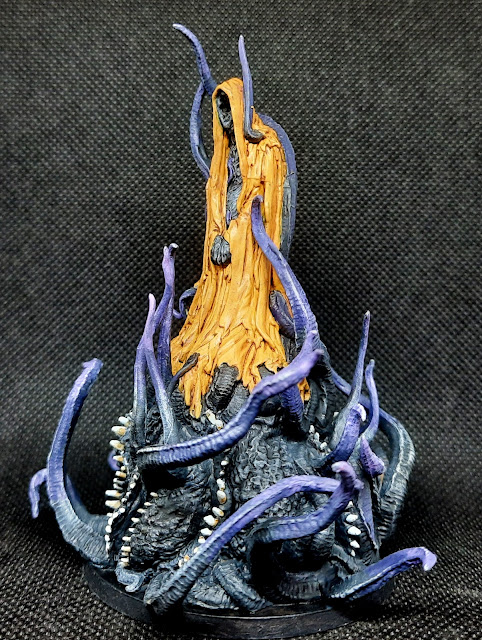 So here's a sentence I never thought I'd write: Thank you, Games Workshop. Averland Sunset has been a gift from the Dark Gods when it comes to painting yellow; it's a solid colour, it covers really well and it's an excellent base for other yellows. Two thin coats were all it took to obliterate the Demonic Yellow and leave him looking more like a model that was painted by someone who knows what he's doing. 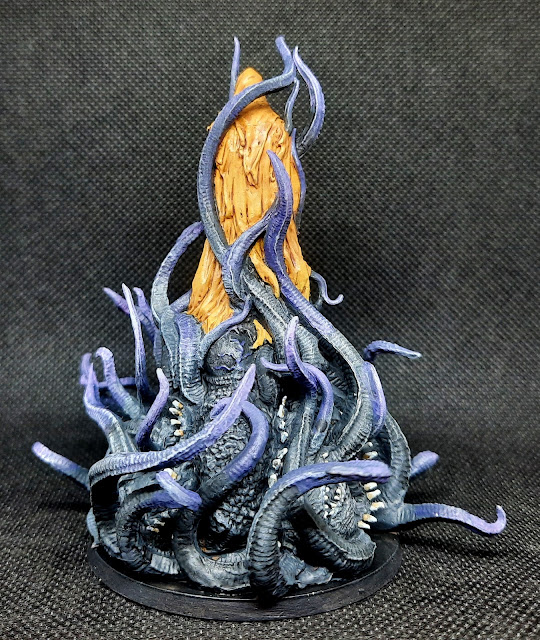 With the base yellow done, the cloak got a wash of Seraphim Sepia but it didn't do enough, so a second wash was called for. I wasn't just trying to shade the fabric, I also wanted to give the impression that Hastur isn't a fan of washing machines.

Once I'd achieved the shaded and dirty look I was going for, I used thinned Averland Sunset to highlight the cloak's edges. 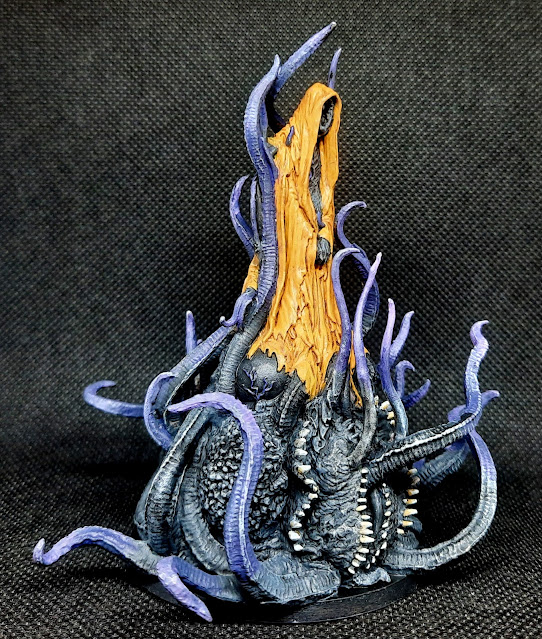 And we're onto the home stretch! The final, and most annoying, bits were all those bloody teeth, which gave me flashbacks to painting Yog-Sothoth. I thinned some Ivory and got them done as fast as possible, and then used more Seraphim Sepia to give them a bit of staining. 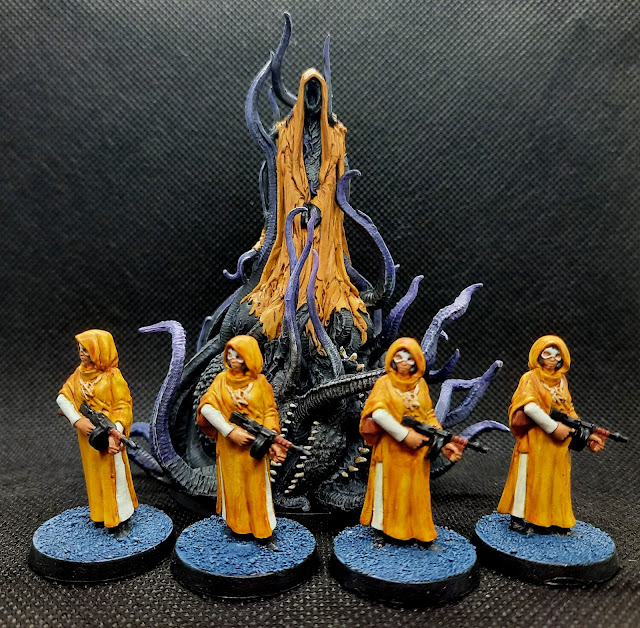 Here's Hastur with his small group of female cultists, which I painted last December. These look a bit different because I used contrast paints for their robes, but they work when paired with their dark master.