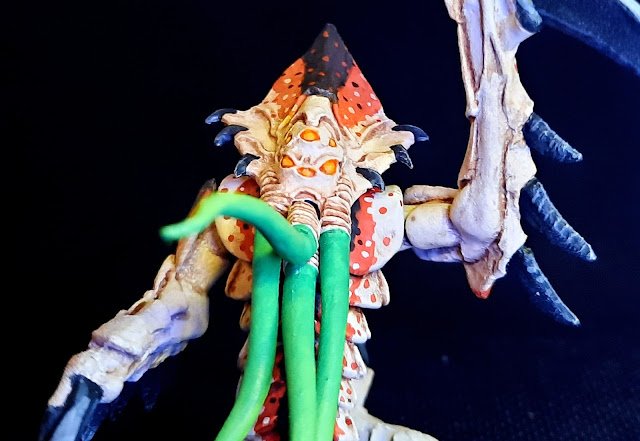 I got the unusual paint scheme for this chap from this video tutorial I found on YouTube several months ago:

I've been wanting to try it out for ages, but as I don't own any Tyranids I had to wait until I got a suitable model. When ordering some crap from Amazon last month I did my usual search for a cheap mini to throw in the cart, and for $6 the Centurion was perfect. So off to the spare room I go, and... 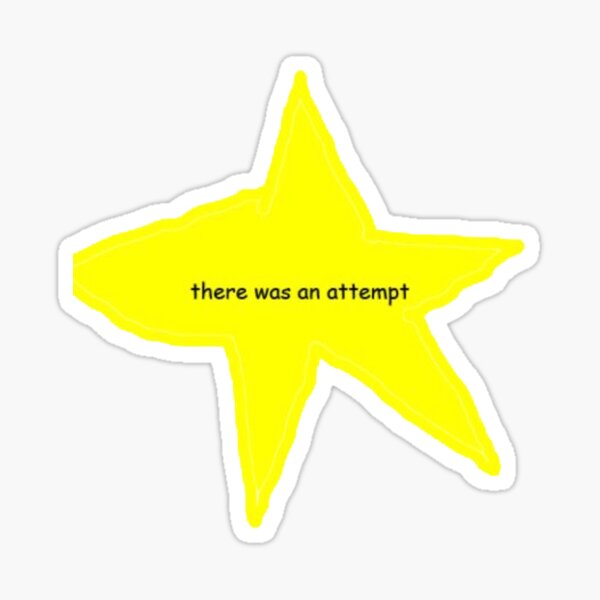 OK, so it didn't go as well as I hoped. For starters the primer is supposed to be as smooth as possible, and mine wasn't. Despite spraying it on a cool and rainy day, I ended up with a rough finish to the white primer. Crap. I attempted to get around this by giving the model a basecoat of thinned Off-White, but it didn't make that much of a difference. Oh well. 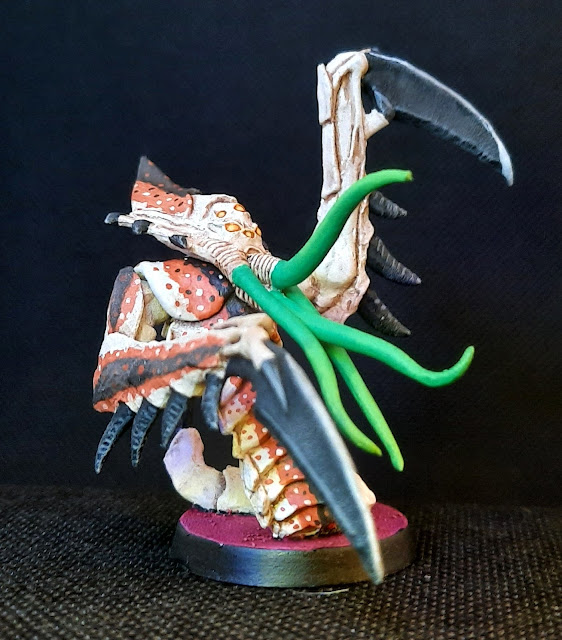 I watched the tutorial a couple of times and then cracked on with the painting. I did the Orange-Brown parts first and then filled in the middle with a mix of Chocolate Brown and Black, as I don't own German Camo Black Brown, which is used in the video. It worked well as a substitute shade, so yay. 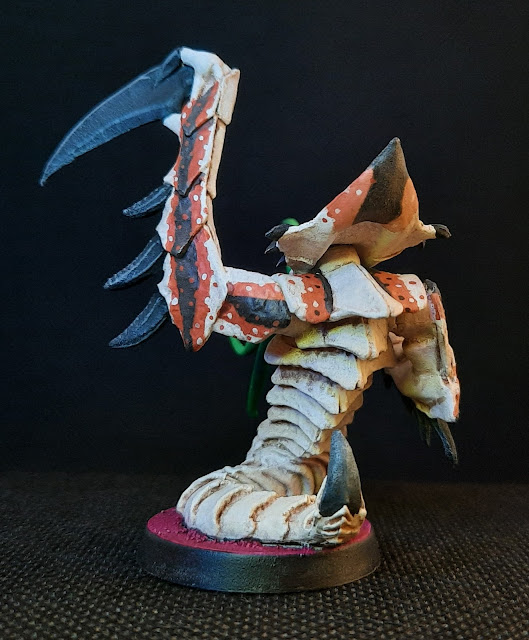 And it's dotting time. I made a mix of 50/50 Off-White and water and used a 4/0 brush, overloading it with paint and gently dotting it where the Orange Brown met the white and then onto the Orange Brown itself. It actually went well, and I only messed up a couple, which were easy to paint out and replace.

More dots, this time of thinned Orange Brown, were placed, and then the Chocolate Brown spots to finish that part off. One thing I've just realised I messed up is not putting a few white spots on the darkest areas, but I'm happy with it.

I did wonder about doing the back of his torso the same way but then decided against it on the grounds that life is too short. 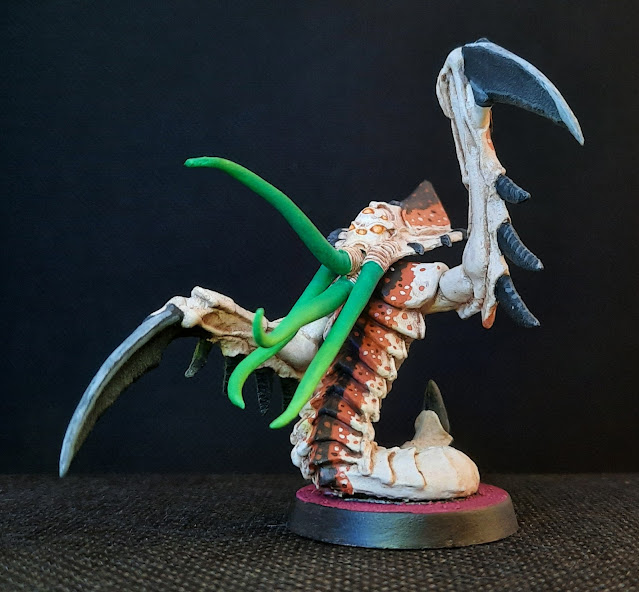 After leaving the model for 30 minutes to dry, it was time for the scary part. Happily I still have some Army Painter Soft Tone so I mixed it with water and matte medium and basically plastered it all over the Centurion, lifting off any excess with a second brush. This bit is a ton of fun because if you mess it up there's not much you can do except repaint the mini. After I was happy with the coverage I put the model back on the windowsill and left it for an hour. 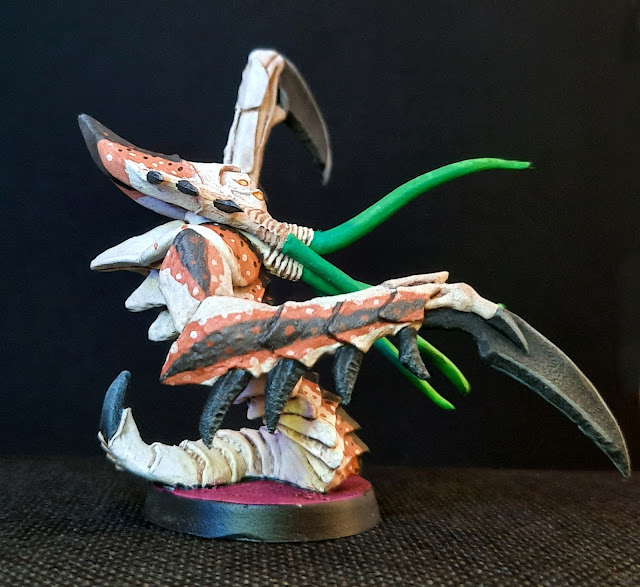 The dried wash looked good, a sort of light tan/bone colour that really suits the figure. Yay! OK, it's time for the details. His eyes were painted Moon Stone, a pale yellow, then given a light wash of Casandora Yellow. The tentacles were based with Park Green Flat and then had layers of Scorpy Green and Yellow Green to highlight them, and finally the claws were painted Black and detailed with Neutral and Ghost Greys before getting a wash of Nuln Oil. A coat of matte varnish and he was done.

The base is appallingly basic; I usually tack my figures to an old crappy base to paint them, and then yank them off and glue them to their actual base. Unfortunately I used too much superglue and he wouldn't shift, so I just painted the base Warlord Purple, drybrushed it with a bit of Pink and then washed it with Carroburg Crimson. It's awful but it provides a strong contrast to the actual mini.

Despite the scheme not going as well as I'd hoped, I'm still happy with it. It's one of those that does require a bit of practice, I guess, and there's always the option of using different colours. I went with the brown/orange because it's got a good 70s vibe to it.

The major project is still moving along, and with eight days of Monster May(hem) left I need to put my foot down. Hwyl am nawr, dear reader(s)!