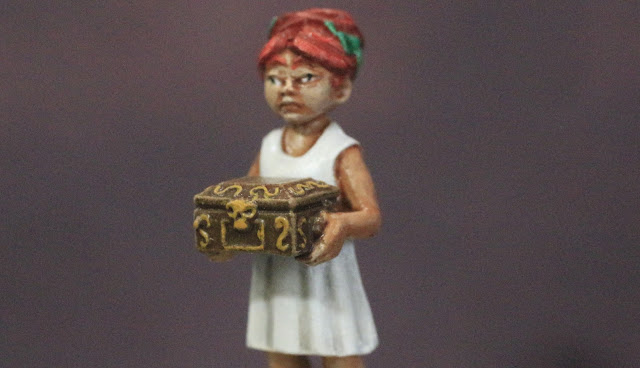 According to Greek mythology, Pandora was the first human woman, created from dirt by the god Hephaestus and endowed with all sorts of skills. Unfortunately, she was also given a box (actually a jar,  but mistranslated) containing all the evils of humanity. For reasons best known to herself, Pandora pretty much immediately opened the box jar, and the rest is history.

Pandora was a freebie I got when I received my Amazon War Party from RBJ Games' Kickstarter. She's a tiny figure and was stupidly easy to paint, and I knocked her out quickly yesterday afternoon. As usual I was stuck for colours but after a google search I found Carlo Perugini's painting Pandora: 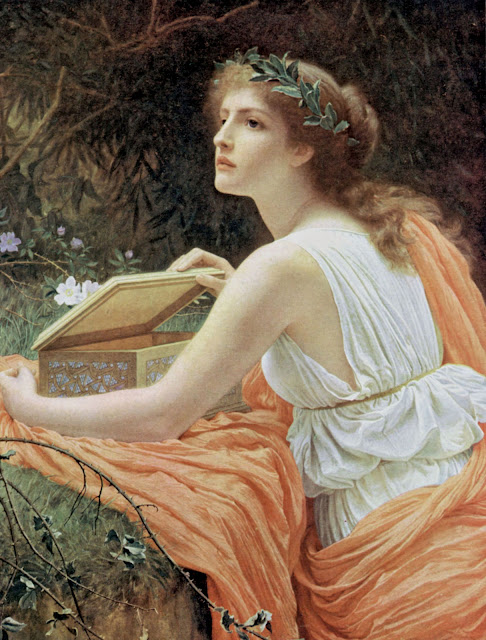 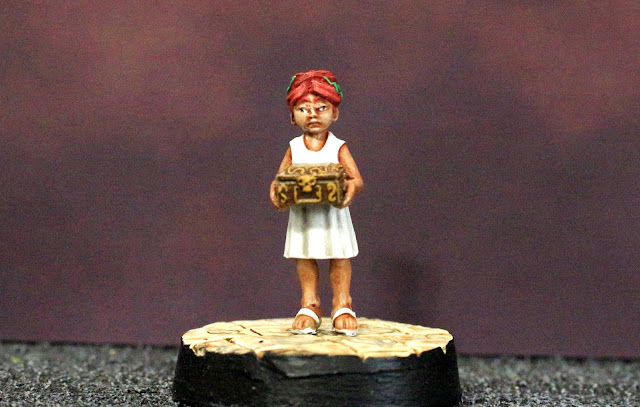 I started by painting the box Flat Earth, shading it with Umber Wash, and highlighting it with a mix of Flat Earth and Light Brown. The decoration is just Averland Sunset as I didn't fancy going over the tiny lines again with a metallic shade.

After that I did her hair with Cavalry Brown and Wild Rider Red, and it was while applying the colours I discovered she's got a wreath of leaves around her head. I painted it White, then Park Green Flat, washed it with Biel-Tan Green and highlighted it with Light Green. 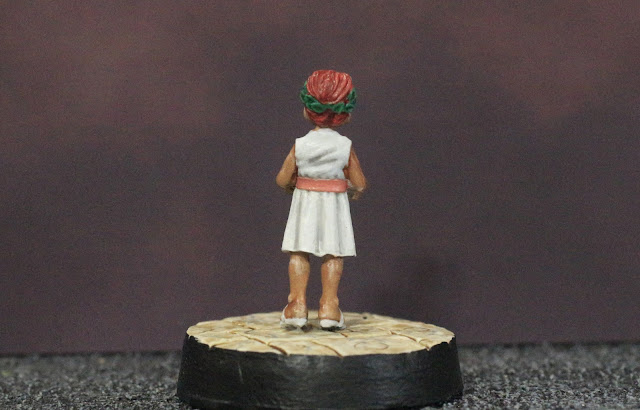 Her skin is my own mix, shaded with Reikland Fleshshade and highlighted by adding Pale Flesh. With all of the colours out of the way, her dress and sandals got a couple of coats of Off-White, some Grey Wash and highlights with White. The final touch was painting her sash Heavy Orange and totally forgetting to shade it with Red Tone.

The only issue was her eyes. As usual I got one done first time, and the other took about four attempts before I gave up and left it. 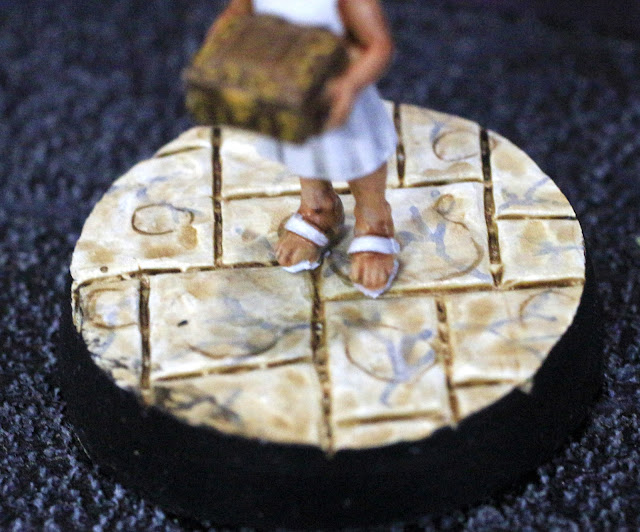 For her base I used one of the resin paving stone ones I bought years ago. I thought I'd give marble a shot, so painted it Ivory and then did some thin veins with watered-down Sombre Grey. After that I blobbed on some Strong Tone, left it for 30 seconds, and dabbed it off, before giving the base a final coat of thinned White. Lastly I filled the gaps between the stones with more Strong Tone. I think it looks... OK.