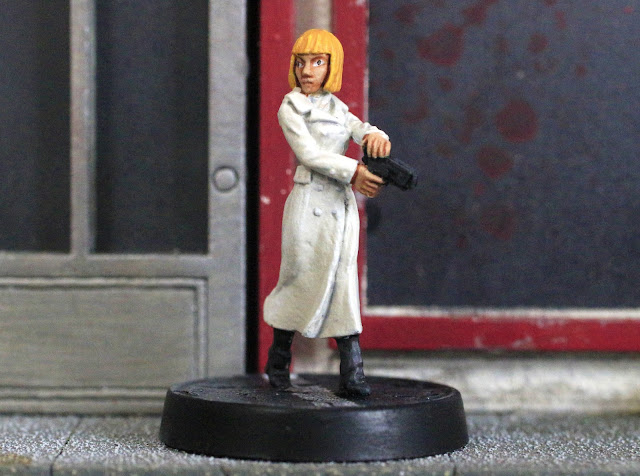 Astrid tells the others in her group that she worked in HR for a "boring government department" but her skills with a pistol leave them wondering if she's being truthful. Since the zeds starting munching on the living Astrid's been taking them out one at a time.

Astrid is a smallish figure and took next to no time to paint. After priming her white, I started with her hair, painting it Filthy Brown and highlighting it with Averland Sunset. Next was her skin, using my own skin mix and Reikland Fleshshade, followed by her gun and boots with Black and Dark Grey. I wanted to do her raincoat in a light colour, but not white. I ended up going with Silver Grey, which I haven't used in ages; I think the last time was my aborted Deathwing Terminator back in August 2020! It worked perfectly, and after shading it with Grey Wash and adding some White for the highlights, she was done in about 30 minutes. I think that's a record.

It's weird to write such a short post, but Astrid was ridiculously easy to paint and only needed six colours and two washes. Even her eyes went right the first time! Truly the Dark Gods are smiling on me today. 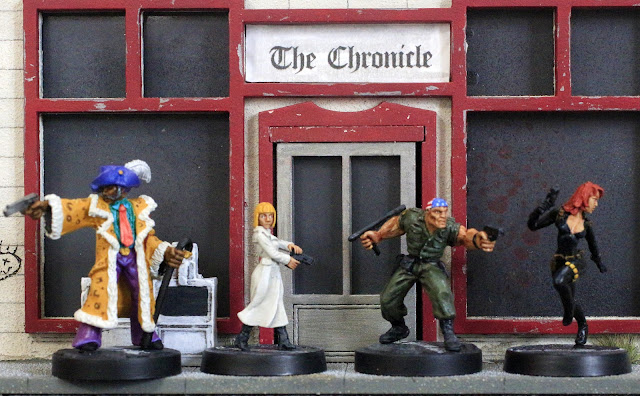 Here's Astrid with the rest of her team, from left, Sly Withers, Terrell and Natalia. She does look like a teenager in terms of stature, but she works. And I love her pose, calmly racking the slide of her automatic before shooting a zombie right between the eyes.

The second birthday building is having the final touches done and should be posted very soon.