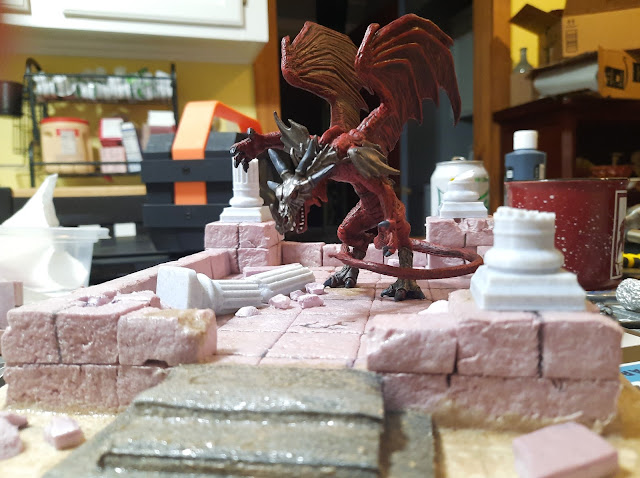 Dewi lords it over his lair hidden deep in the wilds of the... er... kitchen.

I'd decided on a temple base while painting the dragon, and I looked around for some tutorials on how to make one without it going all pear-shaped. Fortunately I found a good tutorial on the Iron Gryphon Studio YouTube channel and based my temple on it. 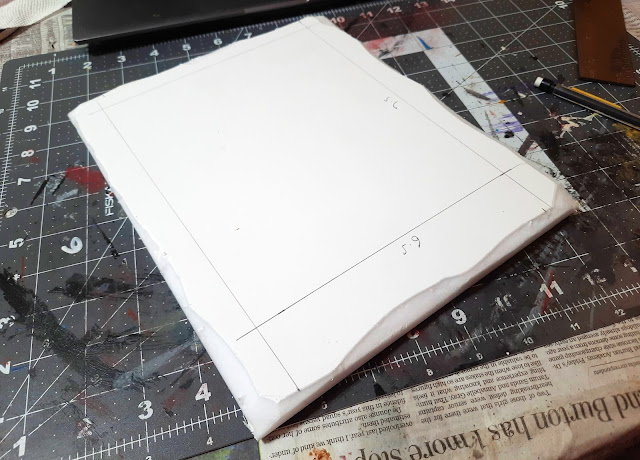 I kicked off by making a base out of half-inch thick foamboard. I beveled the edges and then measured out where I wanted the temple to go, leaving room at the front for steps. 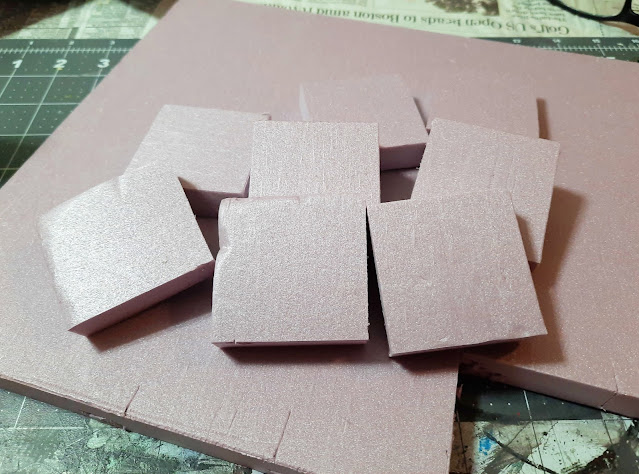 Here's the secret weapon: XPS foam, the stuff used for insulation. Despite it being a staple material for making scenery, this is the first time I'm using it. I cut out eight 2x2-inch squares to act as cornerstones. 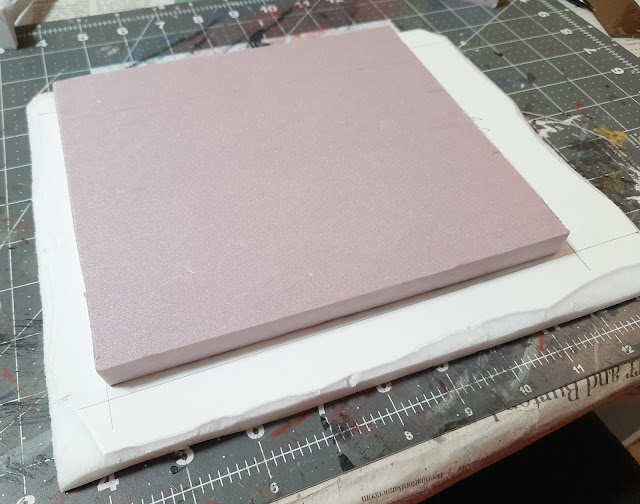 The temple floor was going to be made from the foamboard, but it's covered with thin card (this is the good stuff from Michael's, not the usual crap from the dollar store) which I thought would be a pain to work with. So I used more XPS foam. 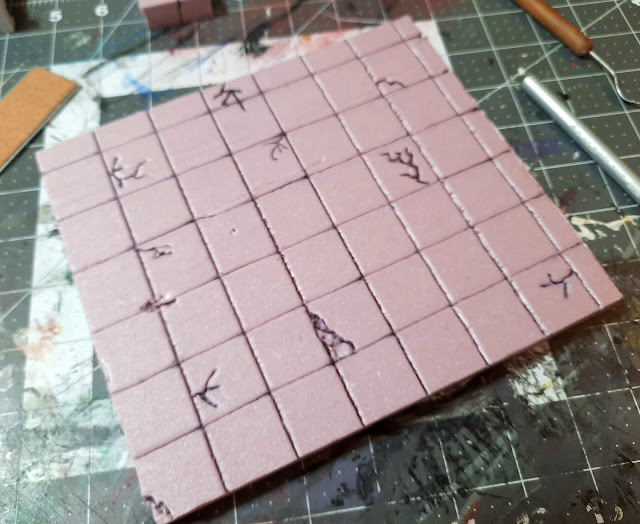 I marked one-inch spaces on the board, then used a ballpoint pen to mark out the flagstones as I wanted them to be deep enough to survive the painting process. I also carved in some cracks. The more astute among you might notice that the grid lines aren't straight, but let's just ignore that and move on. 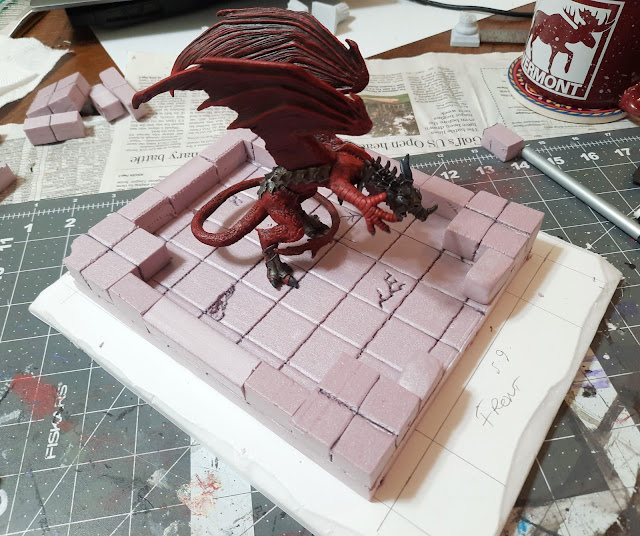 Here's Dewi being fitted for his base. I cut some more blocks to use as low walls, and then assembled them without glue just to see if there was enough room for a bloody big red dragon. So far, so good, so all the blocks were hot-glued in place.

Once they were secure I got a ball of aluminium foil and used it to impress some texture into the foam to give it that stony look. OK, I admit, I forgot to take a couple of photos. The steps at the front are made from 5mm foamboard and I used my fingernails to dig out some damage to the blocks. I painted large areas with matte Mod Podge and dumped a load of dust over it so there'd be some texture. I would have used sand but it appears to have vanished from the spare room.

After giving the Mod Podge a couple of hours to thoroughly dry, I blasted the whole thing with spray PVA (it's to the right of the Diet Sprite can) to seal it all together and give a bit of a better surface for the paint. 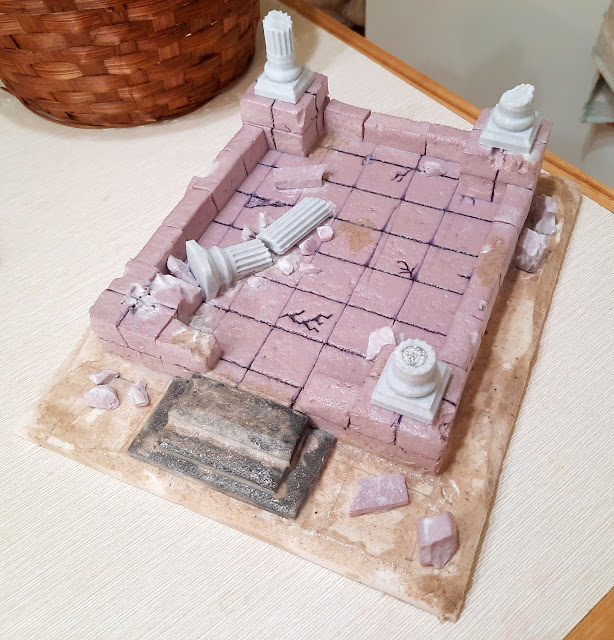 And now the finishing touches. I bought the 3D-printed columns on Amazon a few months back. You get two "stumps", two full-size columns and a ruined one. I broke the end off the full-size one and because it's hollow I filled the gap with aluminium foil. The stumps were glued onto the square blocks at each corner, and I placed the ruined one to look like it's fallen off its plinth.

I used scrap bits of XPS foam to make small pieces of rubble and dotted them around the edges and the fallen column. I need to find the sand (seriously, where the hell is it? It's not like it's wandered off) to fill in a few small gaps around the fallen column and a couple of other spots. Apart from that it's ready to be painted and detailed, so stay tuned for part two!