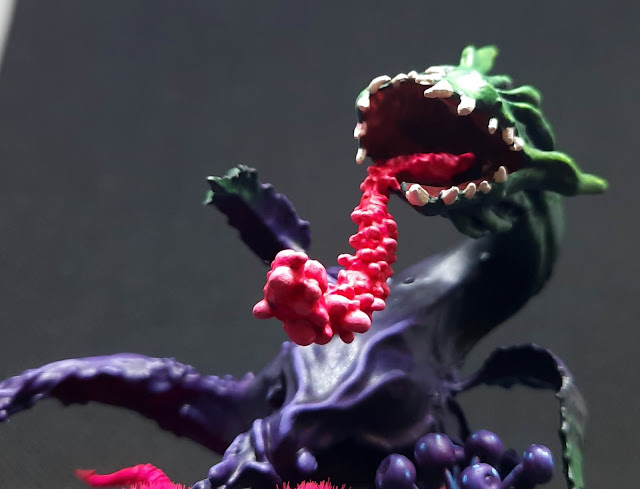 I'm very glad nothing like this lives in the forest that surrounds our house.

I've wanted to get my hands on a dragon plant since seeing one in Keith's Star Trek after-action reports, and if you haven't read them yet you really should. Keith is incredible at writing reports that really grab your attention and pull you into the action. It's a narrative campaign set on Hubbard's World which pits Kirk, Spock and McCoy and some redshirts (named after British airports, which is awesome) against Klingons. If you're interested here's the links:

Part 2: Race to the Source

Anyway, last week I spotted the dragon plant on Amazon for the princely sum of $3.99 and writing that I'm wondering why I didn't order two. It arrived a couple of days ago and I set about painting and basing it. 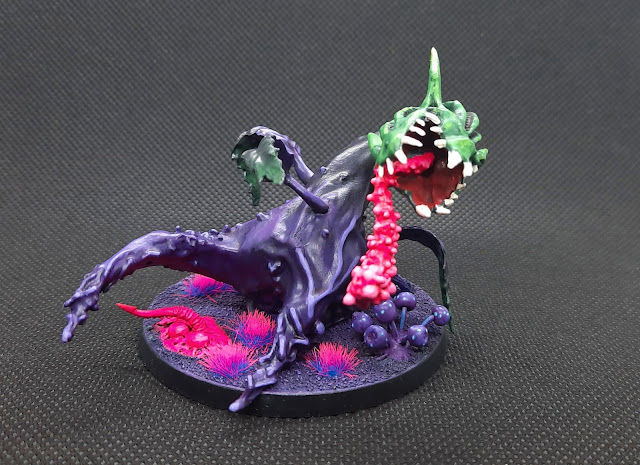 After spraying it with black primer, I kicked off with Violet over its lower two-thirds. I thought an aubergine look would work, and after the Violet was on I hit the top third with Heavy Black Green. Nice and easy. 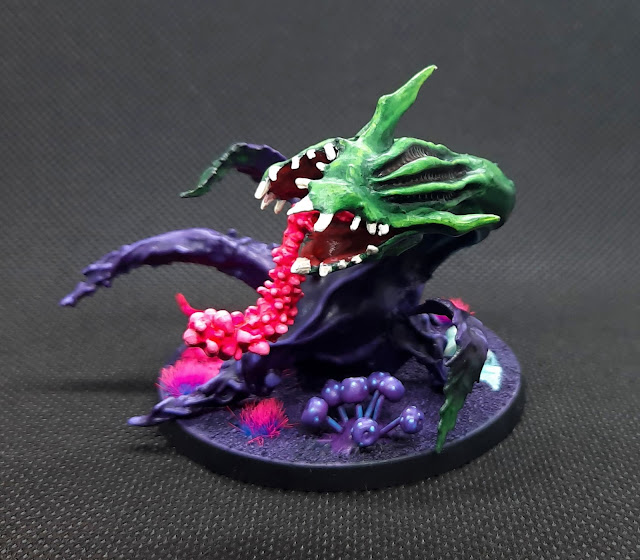 I needed a good gradient between the purple and green parts, and after trying Druchii Violet and Biel-Tan and not getting the results I needed I switched to Magos Purple contrast paint. I own probably five pots of contrast but cannot get the hang of it, so I haven't used them much. It worked well to give me the fade I wanted, and I ended up painting it over the Violet to match the colours properly. 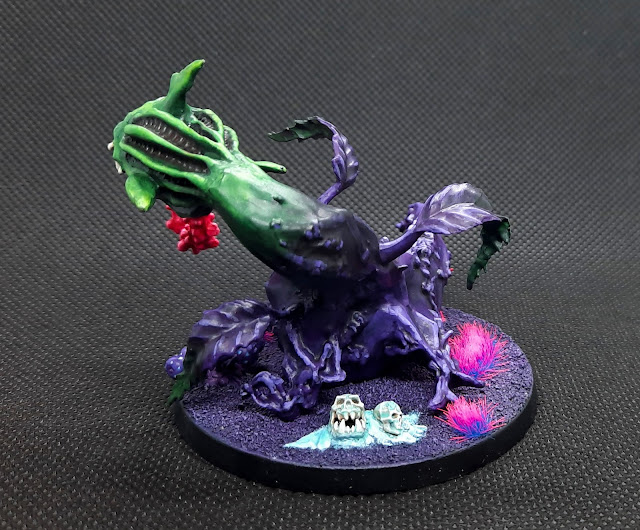 I cracked out Hexed Lichen and Blue Violet to highlight the bottom, and Mutation Green and Yellow-Green for the top. After that I painted the inside of its mouth Khorne and Mephiston reds, and the teeth Bonewhite and Ivory. I thought it needed a third colour so I ran a couple of coats of Carroburg Crimson into the vent things in its head. 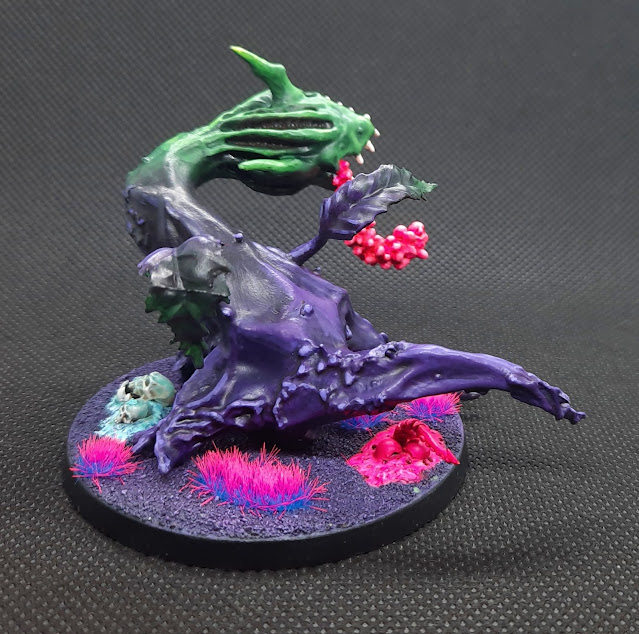 The final bit was the stream of bubbling acid shooting out of its mouth. After my success with Green Fluorescent on my Necronauts I decided to use Magenta Fluorescent to really make it stand out. After painting the acid Off-White and giving it White highlights, I began plastering thinned Magenta all over the it. Three coats later I had the effect I wanted.

Well, sort of. It needed more highlighting, so I mixed some White into the Magenta and layered it over the raised bits and it worked pretty well. A good coat of matte varnish and the dragon plant was done. 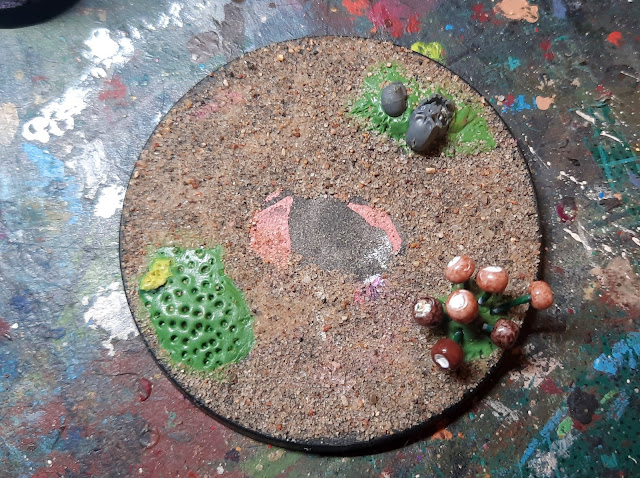 Onto the base. I used a 60mm one and used greenstuff to make some blobs. One had holes pushed in it to represent a pool of bubbling acid, one was built up to act as the base for some alien vegetation, and the third had a human and ork skull stuck in it. I then PVA'd the base and dumped on a load of sand. The gap in the middle is where the dragon plant will be glued.

After the greenstuff dried I set about making the alien plant, using short lengths of florist's wire with cheap crafting beads glue onto their ends. I filled the holes in the beads with plastic putty and left them to dry. The pool of acid needed some actual bubbles, so I cut two beads in half and glued them on.

I painted the skulls in the normal way, then dumped very thin Verdigris over them and the greenstuff. I have to admit to regretting this bit as I don't think they fit in well and putting skulls on a base is such a bloody cliche these days. If I could have got them off I would, but at this stage I didn't want to bugger anything up.

After painting the base rim Black and varnishing it, I glued the dragon plant into place and then added the tufts. They're Neon Alien tufts by Gamers Grass and look great, and they save me having to paint green tufts in weird colours.|

So that's my first entry for this year's Season of Scenery, and it's only just occurred to me that as the dragon plant can be used in a game, does it actually count as scenery? Here's hoping Dave agrees!