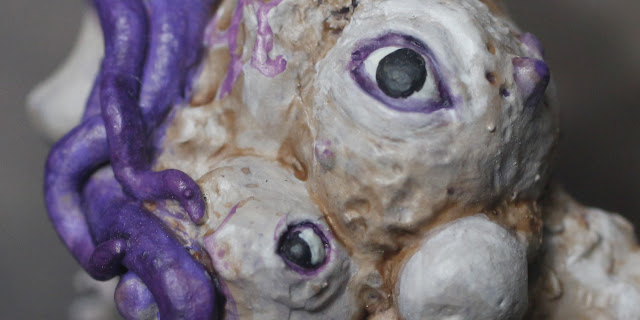 I don't know who sculpted this mini, but they did an awesome job. It really is horrifically repulsive. 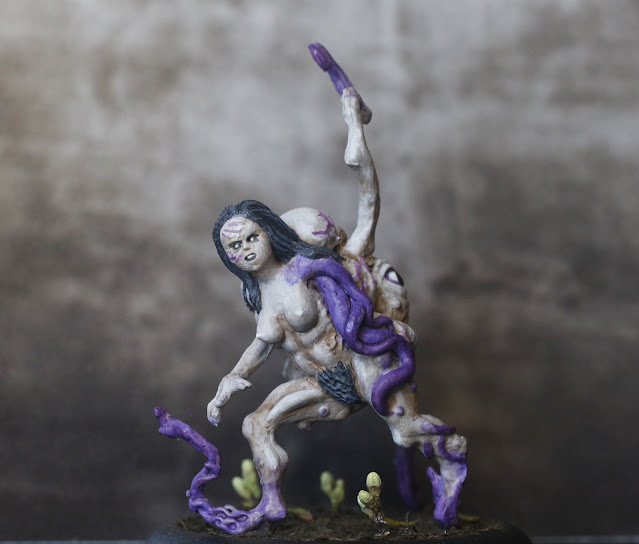 Here she is, in all her... er... glory. The Daughter of Yog-Sothoth is by Harwood Hobbies. I think I reached for my credit card about a nanosecond after spotting her. Unless I'm wrong, she's based on HP Lovecraft's story "The Dunwich Horror," which featured Wilbur Whately — a child born of a human woman and the cosmic entity Yog-Sothoth. 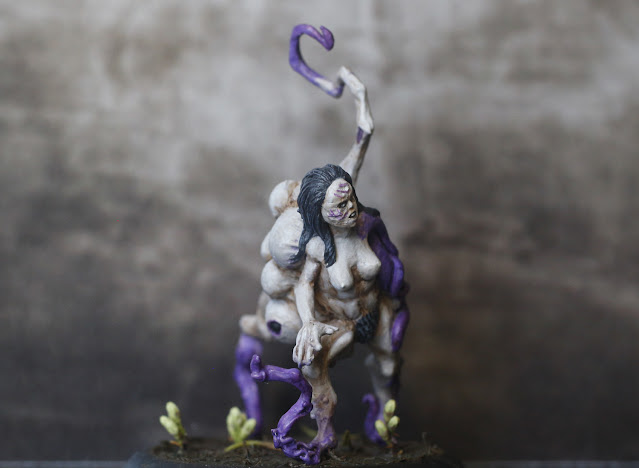 Painting her was a bit of a pain thanks to my stupidity. After her basecoat of Citadel Pallid Wych Flesh I plastered her in Army Painter Purple Tone, thinking I could just layer up more Wych Flesh over the wash. It was then I realised how much layering I'd have to do, so she got repainted with Wych Flesh and I shaded her more precisely with Army Painter Soft Tone. After that I highlighted her skin with Vallejo White Flesh.

Once that was dry it was a case of adding the purple using thin layers of Vallejo Wizard's Robe and more purple tone.

She comes with two tentacles and a rear leg, which I had to bend in slightly to make it fit the base. I only attached one tentacle as the other would have taken a lot of greenstuff to make it look like it was actually coming out of her back and not just stuck on. 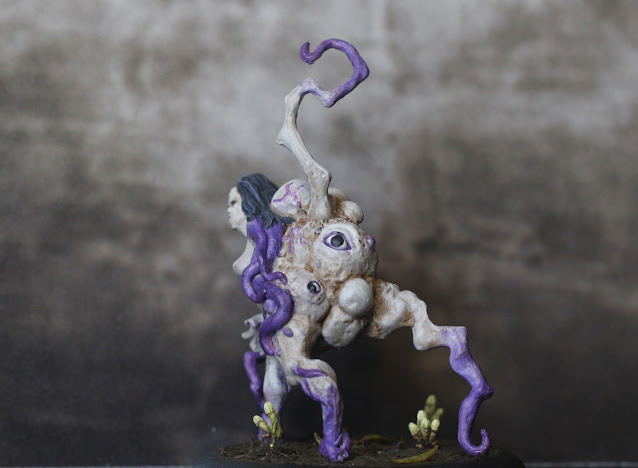 The horrendous bulbous eyes growing out of her back were pretty straightforward; Off-White and Black. I did think about adding slitted pupils but didn't have the confidence I could do all three to the same standard. Besides, the blank black look is somehow more horrifying. 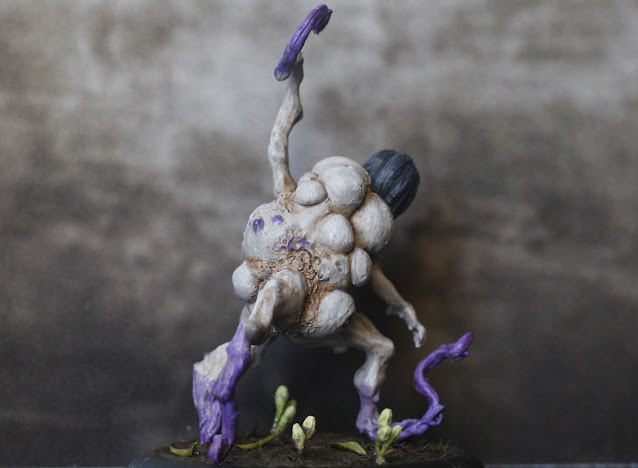 ...and of course it's only now that I spot the mould line down the top of her rear tentacle. Classic. 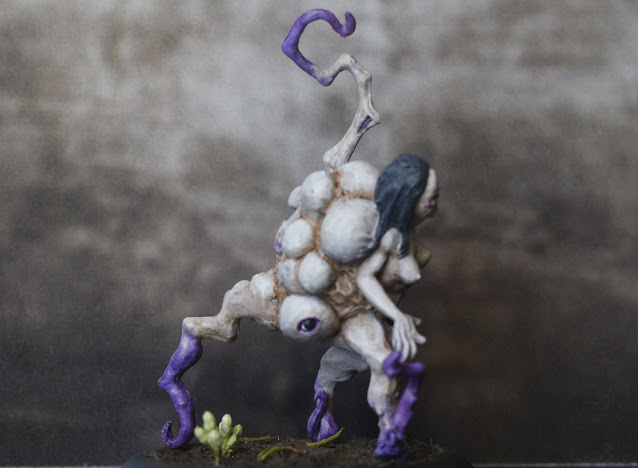 She was a bit of a sod to stick to the base, but after being superglued down, propped up with several bottles of paint and left overnight, she's stuck fast. I put her on a 60mm base which has been covered with Vallejo Mud and Grass effects paint. It's basically a thick brown paint with lots of greenish static grass mixed in. You don't so much paint it on as move it into place with a sculpting tool.  The little plant things are the same ones I used when I based Ragnaros. You can probably guess Alicia's reaction to this one.
Labels: basing, female, harwood hobbies, horror, lovecraft, vallejo