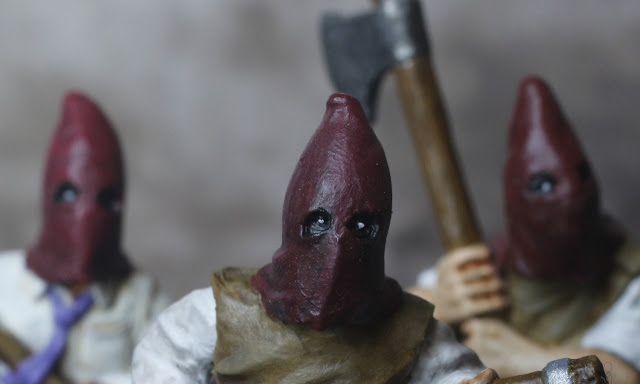 Oh crap, they look like a trio of Deadpools. 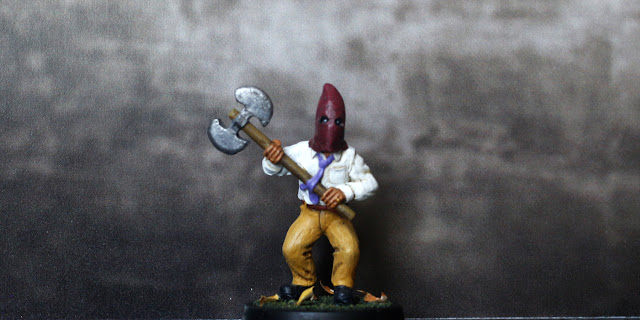 Steve works in HR for a local paper company. In the office he's reliable, professional and a valued employee. In his off hours he's a proud member of the Order of the Obstreperous Rabbit and spends many a bracing winter's evening axing those who don't believe in a giant cosmic leporid. 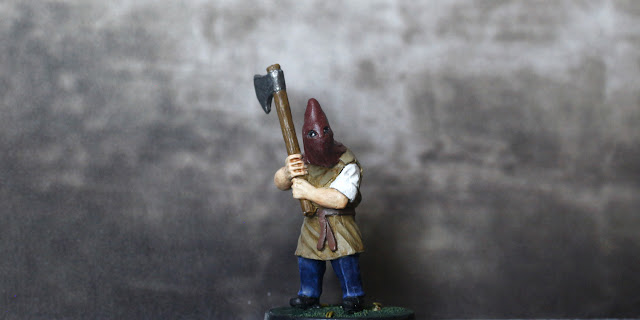 Dom is Steve's colleague in HR. He is thoroughly enjoying his membership in the Order as it provides plenty of fresh air and lots of chances to build his upper body strength. Occassionally a small voice in his mind will question the existence of an immense galactic bunny, but Dom just admires his growing shoulders, blanks it out, and swings his axe. 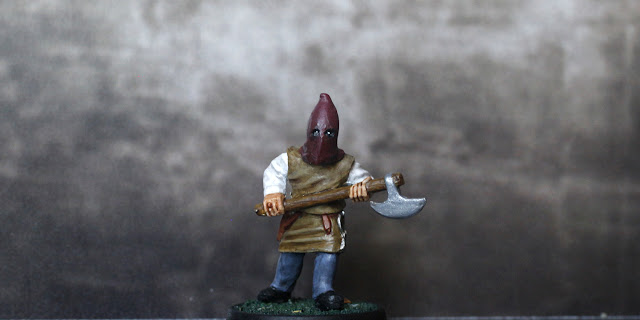 Wayne is Dom's brother-in-law. He isn't too bright. He sort of joined by accident when Dom asked him if he'd be interested in getting involved in a cult and to bring his own axe. Wayne thought he was being invited to join a tribute band and turned up for his first meeting with a guitar. Since that slight misunderstanding he's become a stalwart believer in the Obstreperous Rabbit and is happy to share his beliefs through the medium of sharp metal. 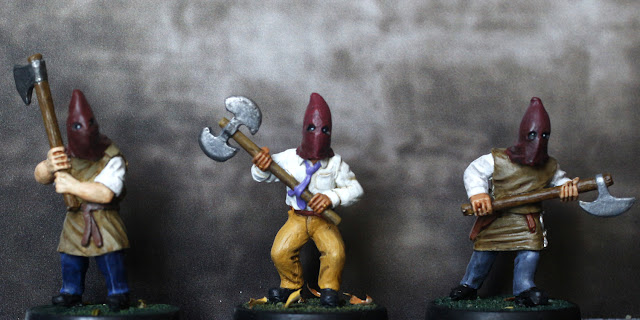 I love these Harwood Hobbies cultists. Despite being bought and painted over a period of about six months, it was pretty easy to make them look like a coherent group. The hoods are Vallejo Black and Burnt reds and the aprons are Khaki. Steve's tie, which is an awesome touch, is Blue Violet. I based them using Liquitex modelling paste painted green and sprinkled with small leaves I found while walkng the pups.
Labels: basing, creepy, cultist, harwood hobbies, magical box of unloved lead, vallejo