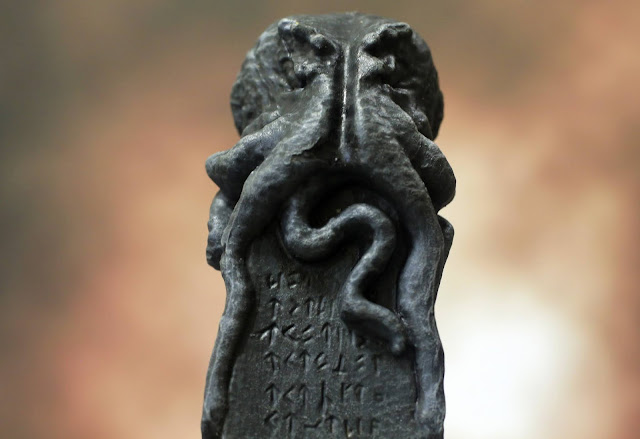 In the middle of a dark, forbidding forest, a stone obelisk has stood for as long as locals can remember. They speak of it in hushed tones and outsiders are advised to keep away from it. But some adventurous types believe there is a copy of the Necronomicon on its base, and have gone in search of the obelisk to secure the tome and its powers. The forest has quietly absorbed them. 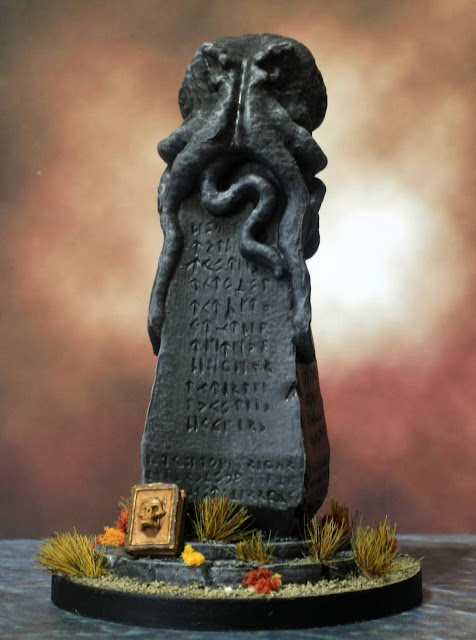 I started painting this Reaper Bones obelisk in 2019 and gave up on it. I'd done it in Black Green for some reason, I think because I wanted it to look like stone that had been stained by the weather and foliage over the course of time. Whatever the reason, I obviously got bored and chucked it into the Magical Box of Unloved Lead. 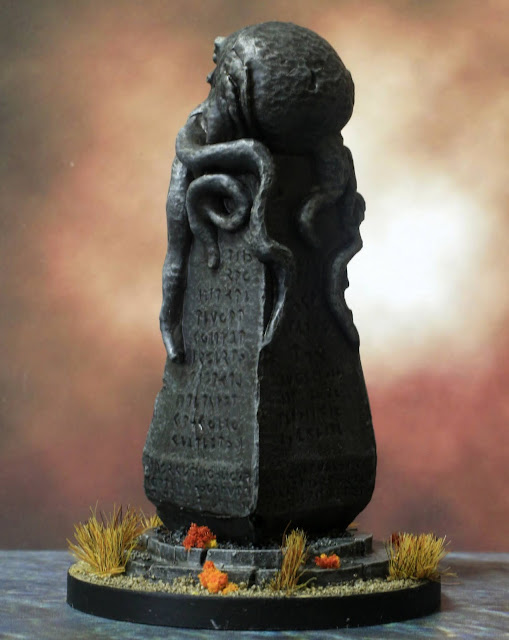 After digging it out while searching for a suitable Mo'Vember figure, I thought I'd may as well get it finished. Stripping the paint wasn't really an option as it would have taken a ton of Simple Green, so after gluing it to a 50mm base I just gave it a coat of Dark Grey to cover the Black Green. 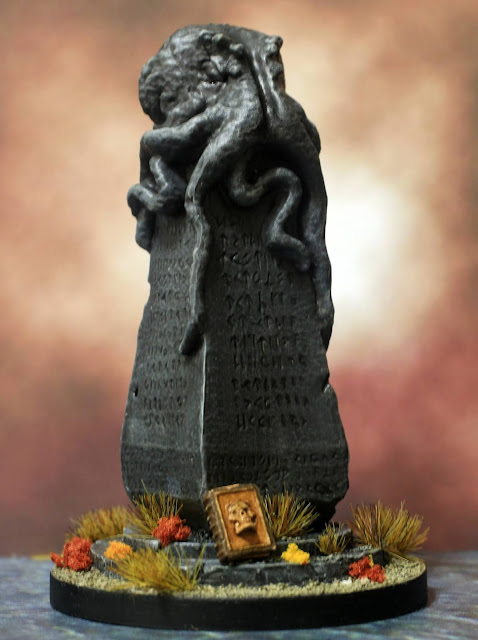 The Dark Grey was shaded with a mix of homemade green and black washes, and then it was time for highlighting. I started off with a heavy overbrush of more Dark Grey and then used lighter drybrushes of Neutral and Ghost greys, followed by another coat of black wash to tone it down and tie the greys together. 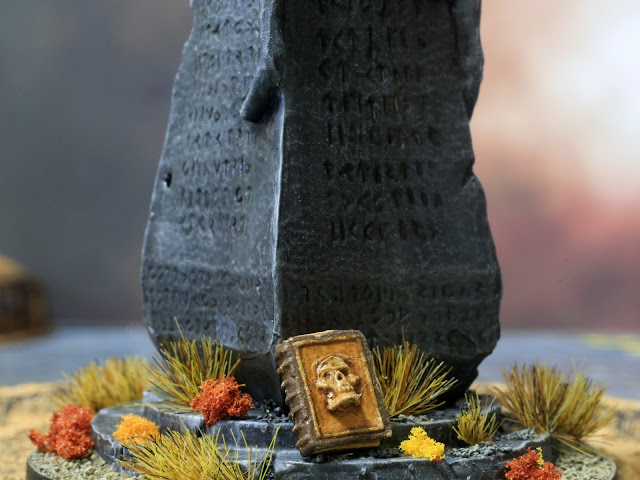 All that was left was the base. I glued sand to it and painted it Stone Grey before giving it a thorough once-over with my homemade black wash. To match the current scenery here in Vermont, I used some Autumn Flock to decorate the base and added some Swamp Tufts to represent dead grass.

The Necronomicon is a small book that came with a WizKids set I bought ages ago; I think the set was called Wizard's Study, or something similar. I haven't used a bit from it since painting my Attic Whisperers back in 2018! To give it a more eldtrich look I sliced the face off a Citadel skull (like I did for my Terminator Captain) and glued it to the front. After painting the book with Brown Rose and Burnt Umber, it was given a few washes with Sepia Tone.

Overall I'm happy with the obelisk and it makes a good companion to my Cthulhu Shrine that I painted last year.

In case anyone hasn't seen Vermont in its fall glory, here's a photo off our front deck: 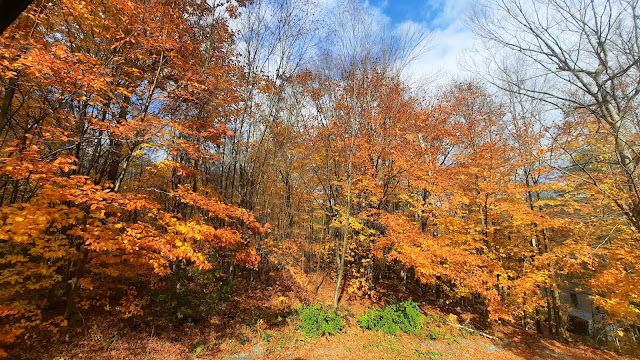 Give it another week or two and it'll be stick season again, but for now I'm enjoying the wall of fire.