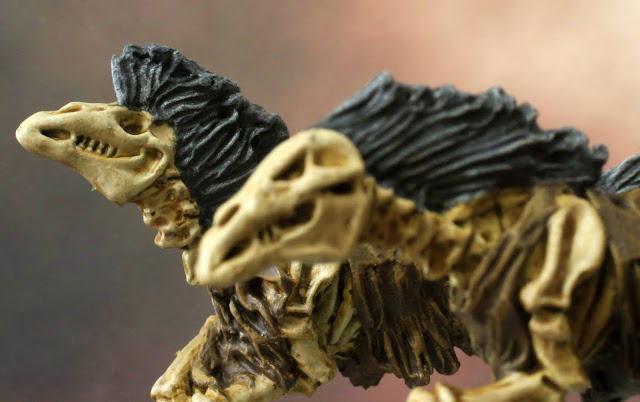 After bringing the primed chariot from the garage to the spare room, I discovered I'd forgotten to spray the undersides. So I took another trip downstairs and sprayed the unprimed bits white. While it was drying I decided to just get on with painting the horses. 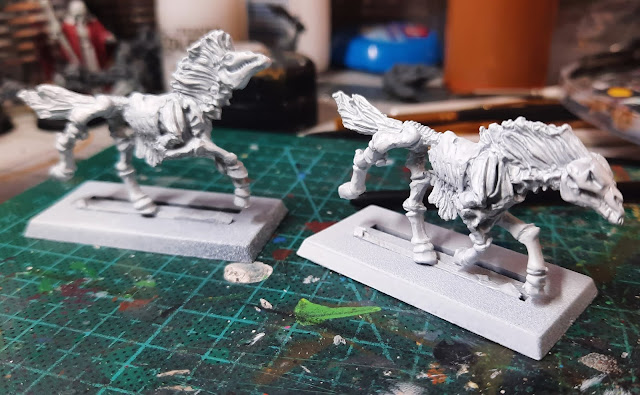 They're doing a really good impression of ghost horsies in this pic. Thanks to my phone camera's habit of randomly blurring the edges of photos, the one on the left looks like it's just galloped out of thin air.

The primer, which is just cheap stuff I get in Dollar General, worked really well. There's a couple of bits the spray missed but they're no big deal. 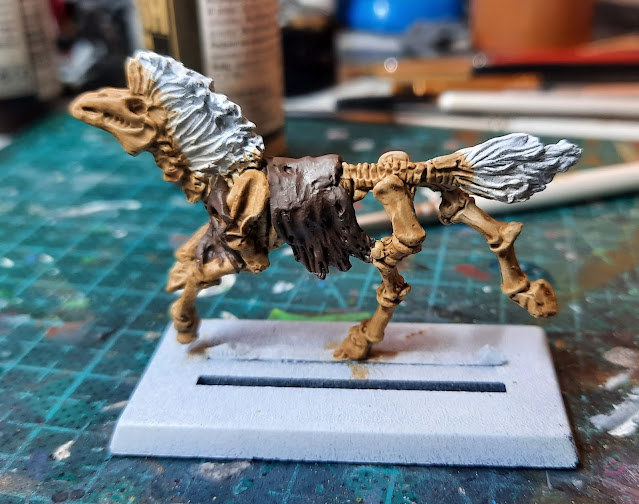 After painting the skeletons with Reaper Aged Bone, they were given a fairly liberal coat of Sepia Wash, which is on its last legs; 2021 has already seen the demise of my black, green and purple washes and it looks like it's about to claim another. The ragged cloth was painted Chocolate Brown.

Then it was just a case of painting their manes and tails Black Grey and drybrushing on Dark, Sombre and Ghost greys for the highlights. The last detail was a touch of Ivory on their teeth, and then they got a coat of matte varnish. 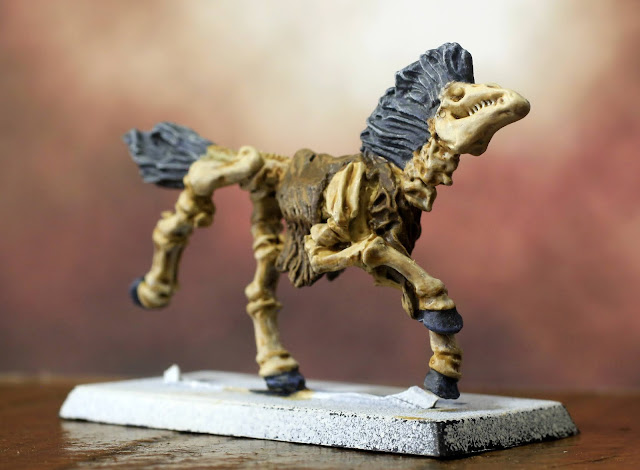 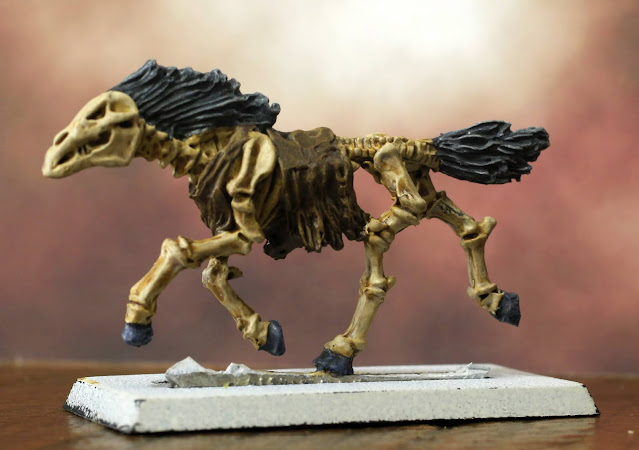 And they're done! They really are excellent sculpts and very creepy. As you can see from the raised parts of their slotta tabs, I snipped all but one of their legs free before painting so when I come to remove them completely I won't bugger the paint up too much. That reminds me, I need to start planning the base.

For someone who doesn't like painting bone colours I think I did a pretty good job on them. Thinning the Bonewhite when highlighting looks a lot better than just drybrushing it on, which was my original plan.

The primer on the chariot is done and dried, so that'll be next. The neck section alone looks like it could take a day to get all the little nooks and crannies covered properly, so yay! The rest of it doesn't look too bad. But I'll have to pop to Bennington and pick up some Seraphim Sepia before starting as I don't want to run out of wash halfway through shading it.