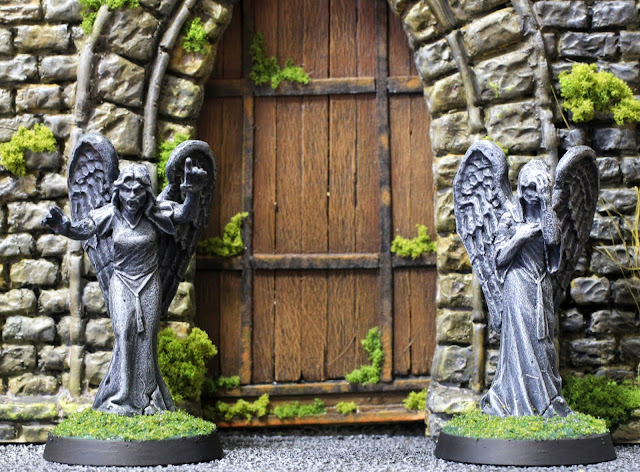 The angel statues outside the abandoned crypt seem to be in slightly different positions and poses every time you see them, but that's just your imagination, right? Right?

Reaper already does a Tardis telephone box, so it's not too surprising that they added a few more Doctor Who-inspired figures. These statues are based on the Weeping Angels from the episode "Blink". I've never seen it as I'm not a huge fan of the new Who; give me Jon Pertwee, Tom Baker and Peter Davison any day of the week. Anyway, I picked these up off Amazon ages ago and banged them out in about 30 minutes yesterday. 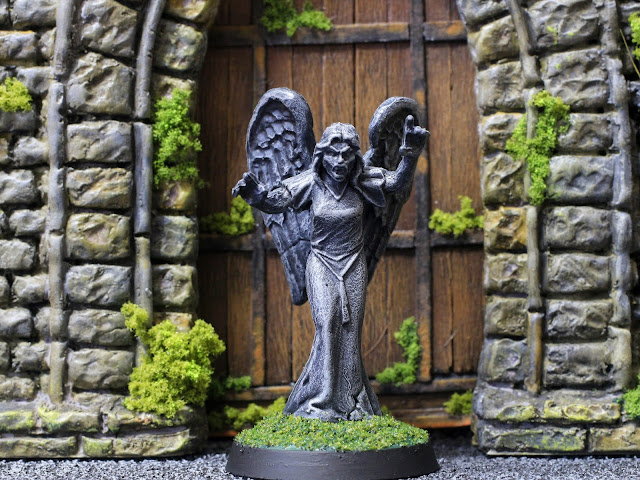 After the Undead Chariot, bearded wizard and a ton of zombies, they were refreshingly easy to paint. After giving them a scrub with warm soapy water (they're the old, tacky white Reaper Bones plastic) and gluing them to 25mm bases, I just used Black Grey as primer and basecoat and then gave them a coat of matte varnish to prevent the grey being scraped off when I started the inevitable drybrushing. 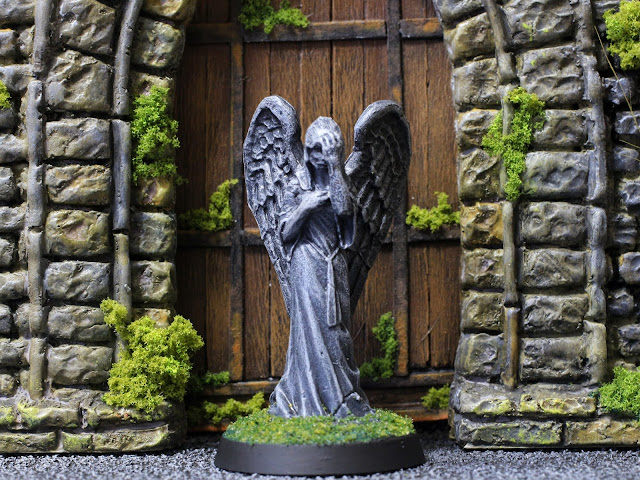 With the varnish dry, I hit them with successive overbrushes of Dark Grey and Mechanicus Standard Grey, then drybrushes of Ash and Ghost greys. Then they were brushed with Nuln Oil to hide the chalky look drybrushing leaves before being given another coat of matte varnish. 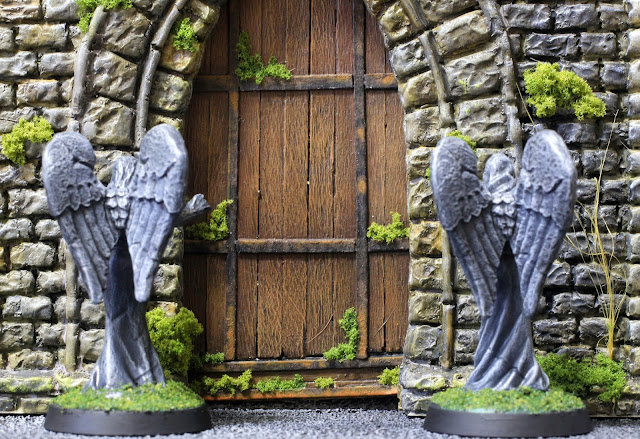 The bases were painted with PVA glue and flocked, and then the flock was daubed with thinned Mod Podge to seal it. They're simple but effective figures, and my only issue is with my painting; I really should have not used such dark shades. Starting with neutral grey and going lighter from there would have been more realistic. Oh well, they still look good.

Oh, and remember this photo of the fall leaves by our house? 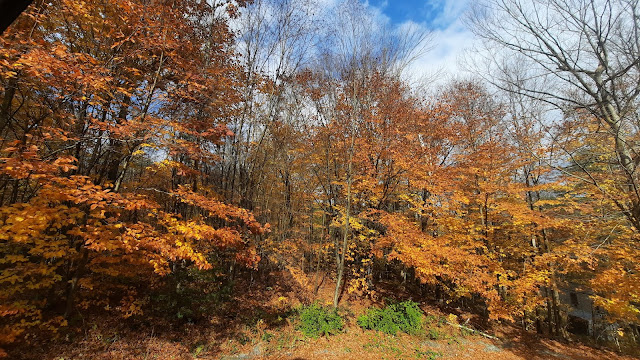 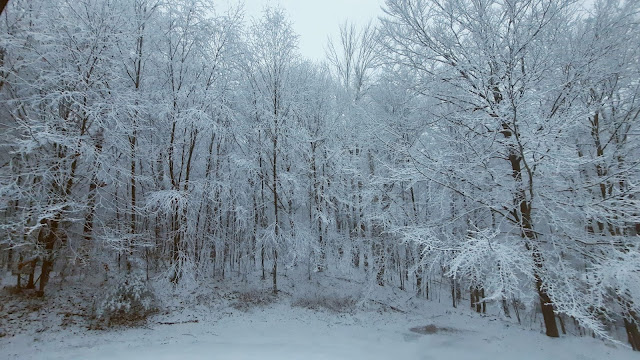 It's a winter wonderland, and I for one am happy we stocked up on coffee and pizza before it snowed.
Labels: creepy, reaper, scenery