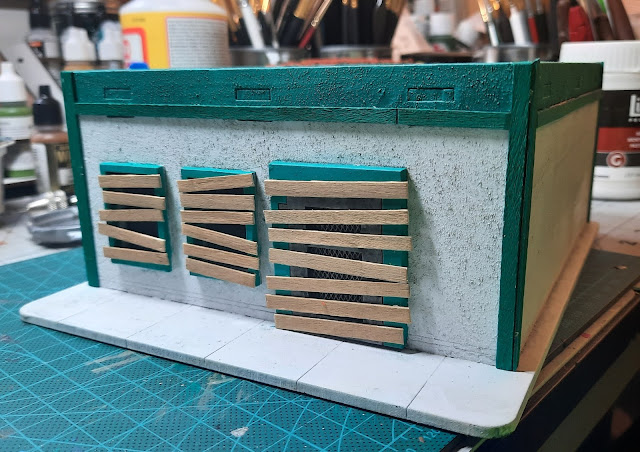 This is where I got to last time: plenty of progress made, but plenty still left to do.

I've given up on the MDF air conditioners that were going to go on the roof and the sides. They're too big and stick out way too much, and look like the sort of units you'd see on a Target or Walmart rather than a small store. So I've ordered some resin ones made by TTCombat and they're due this coming week. The wait shouldn't delay things too much as it's not like I can't get on with the building without them. 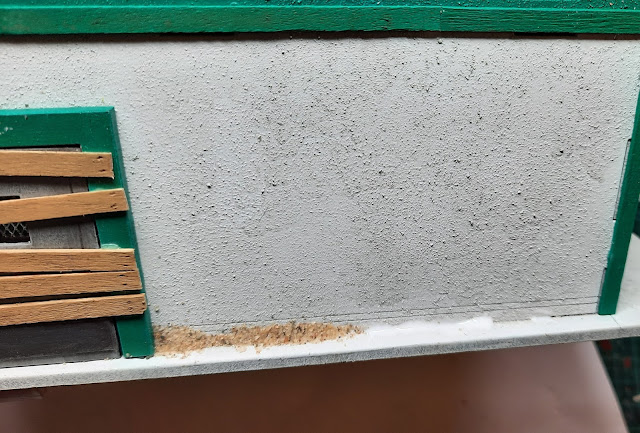 After hiding the gaps in the corners with coffer stirrer sticks (although you can see how I missed some on the right of this pic) it was time to hide the little gaps where the walls met the base. I thought sand would work for this to represent gravel, so I used PVA to stick some in place.

I also realised the boards across the windows and doors looked crap as they didn't appear to be held on by anything, so I made nail holes in them with the pointed end of a sculpting tool. And I have to remember to cover up that wayward blob of superglue. 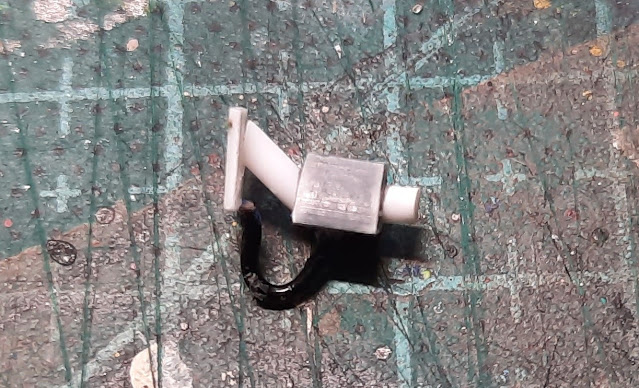 I wanted to add details to it, and not just things like the inevitable bloodstains and bullet holes. So I made a CCTV camera from some sprue, plastic card and rod, and a little bit of wire. It went together easily but is yet to be painted. 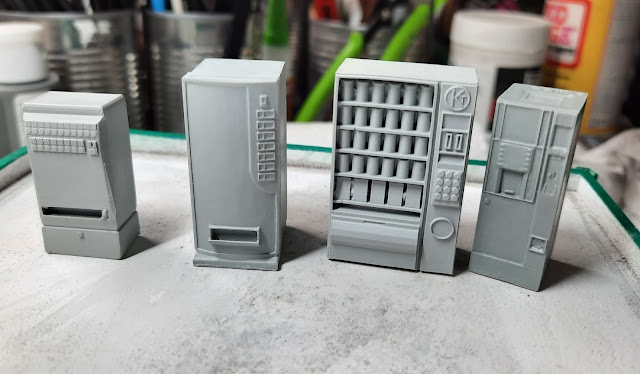 I ordered some resin vending machines by Euphoria Miniatures from Noble Knight last week and they turned up today. I'm going to use the one second from left, and put it in the gap to the right of the front door. They really are well made, with next to no flash and plenty of detail. 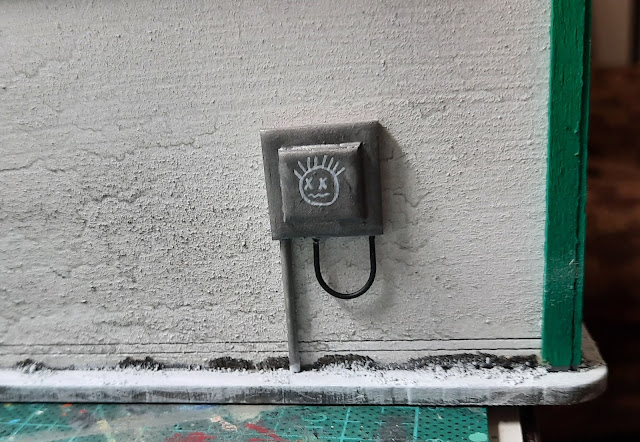 While going through the bits boxes yesterday I also found another wheelie bin lid, and this inspired me to make an electrical junction box like the one I made back in February. It is straight, honest. I managed to successfully paint a not-so-smiley face on it. 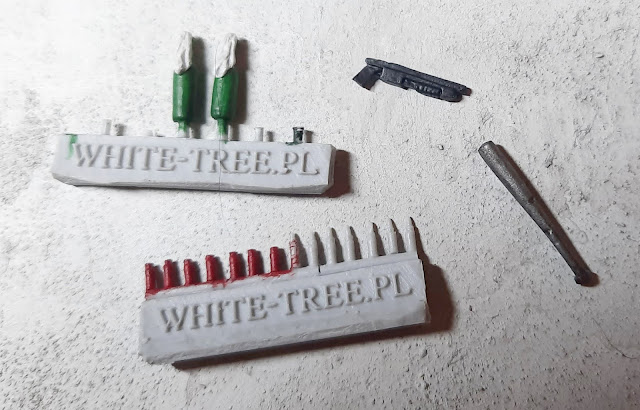 Other little details include shotgun shell cases, a shotgun, petrol bombs and a baseball bat. Some of these will go on the roof and some on the pavement outside to add a narrative touch. 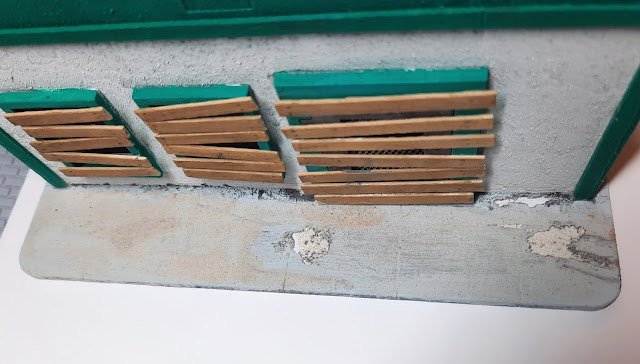 The only thing that is — to use a friend's favourite expression — making my piss boil is the pavement at the front of the store. I really wish I'd done it before gluing on the building. I didn't texture it with the chinchilla dust so it's smooth and just didn't take to highlighting at all. I've started dusting it on the left side so far. The bare patches are where I'd stuck sand down, and as I need the spot to the right for the vending machine I had to tear it up. I also removed the one in the middle. I knew something had to go wrong, and it's better that it's something I can fix than something I can't. Zabadak suggested weathering the boards on the edges of the building, and he's right, so I've added that to my to-do list.

Not much of an update, I know, but slow progress on the store has meant I've made more progress on my other projects, so at least I'm not wasting time like I did last year. I'm hoping to post about one of those projects in the next couple of days.