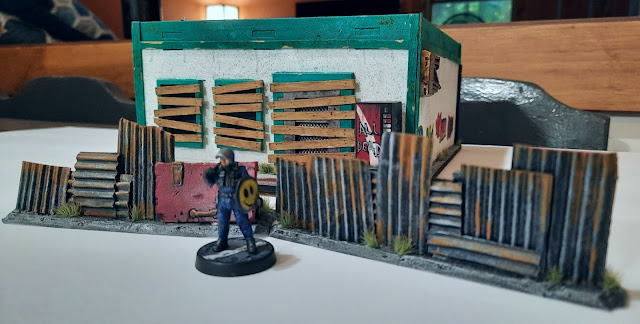 Officer Neil, one of my new Hasslefree figures who'll get his own post soon, stands guard in front of barricades protecting the ruined convenience store. Rumour has it the world's last can of Coke is in there. 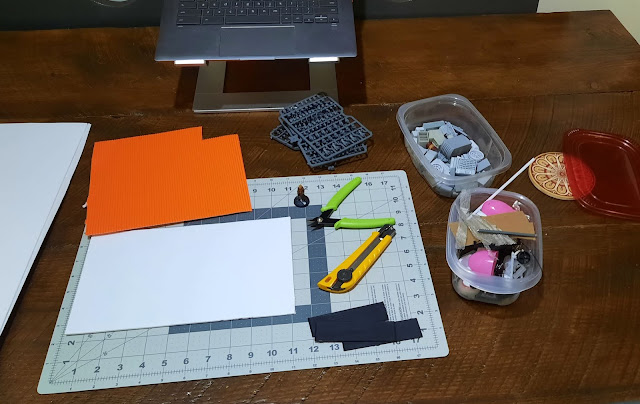 As my desk could charitably be called a disaster zone, I brought the ingredients for this particular dish to the kitchen table. I'm hoping this will be a fairly straightforward effort, but it's me and we all know what that means. 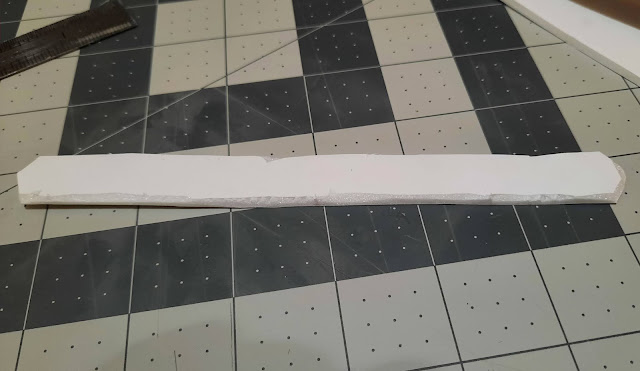 I kicked off with a base for one barricade, made from a strip of foamboard. For once I bevelled the edges and it looks better than leaving them square. The chinchilla dust makes a triumphant return, and it's even got in its own shaker! I stupidly used Elmer's glue to stick it to the base it. There's nothing wrong with Elmer's, it's just that it's so thin it soaks into the dust and takes ages to dry. 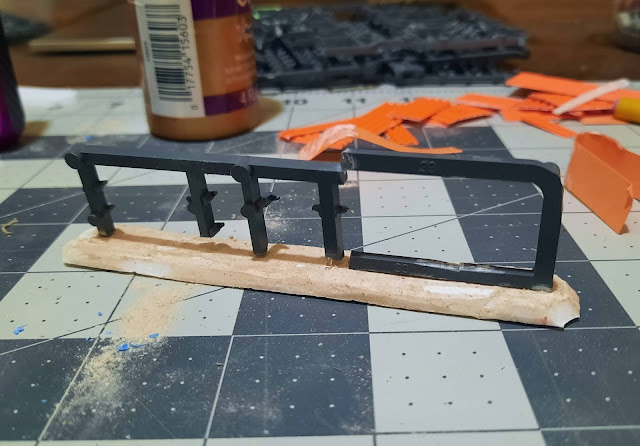 Once the base was dry I used superglue to attach some sprue to act as a frame/support for the corrugated panels. I'd already cut some out, as can be seen in the background, although why I decided to use bright orange when I also have dark grey is beyond me (answers on a postcard). 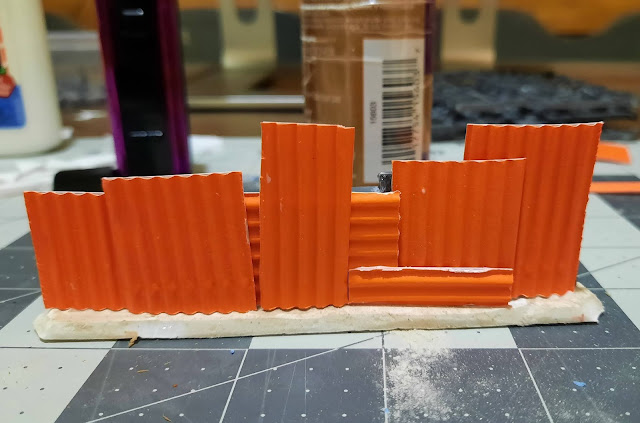 Using PVA I glued each panel in place, trying to make sure the card was flush with the ground. The areas that aren't will just get a dab of glue and some more dust. 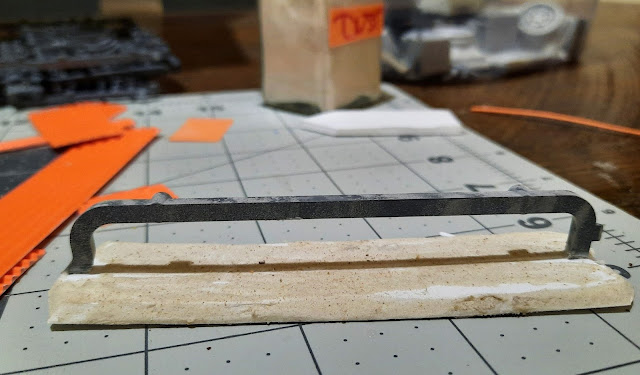 The sprue for the second barrier was one piece, which made placing the panels a bit easier. This time I used tacky glue and it didn't take as long to dry. 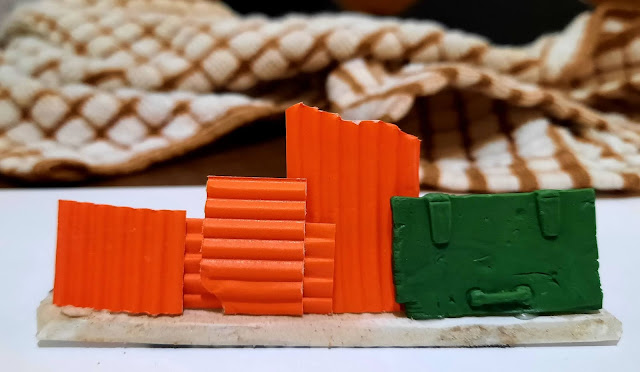 I included my greenstuff door on this one to vary things a bit. Construction took all of five minutes and then I just left both barriers overnight to dry. This morning I noticed the bit on the centre-left that's should really be leaning to the side, but it's glued in solid.

Painting time! I slammed the barricades with two coats of black craft paint, which was just plastered on. I wasn't worried about a nice finish as it's not like sheets of corrugated iron are smooth.

I daubed on some different shades of grey and a bit of Plate Metal. I didn't want the sheets looking too metal as old corrugated iron is usually oxidized and non-metallic, not to mention rusty. I painted the door red to make it stand out a bit and then went to town with the rust effects and some black wash.

The bases were just drybrushed with Pewter Grey and Granite Grey craft paints and then given a once-over with homemade black wash. I wanted to match the pavement of my convenience store as much as possible to tie them together. Once dry I added some tufts to represent weeds.

They look surprisingly good for scenery made from bits of foamboard and card and have turned out really well. The barricades were amazingly easy to assemble and paint, and I really should have made more. I should have added more damage to them, such as bullet holes, but I can do that next time. They look good and I'm happy with them.