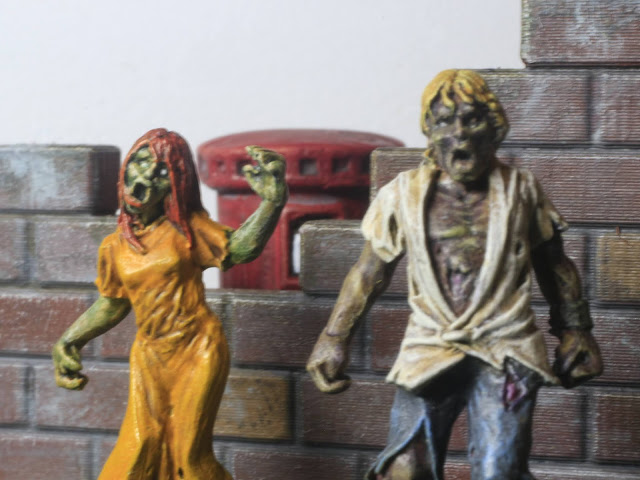 Look, it took me ages to get all the elements of this photo in focus and only now do I see the post box lurking behind the wall, so deal with it.
While digging through my storage boxes for yet more stuff with which to litter my desk, I found these zombies lurking under some strips of glue-on grass tufts. I painted them back in summer 2018 and thought they'd make for an easy update it was about time they got their 15 minutes of fame. 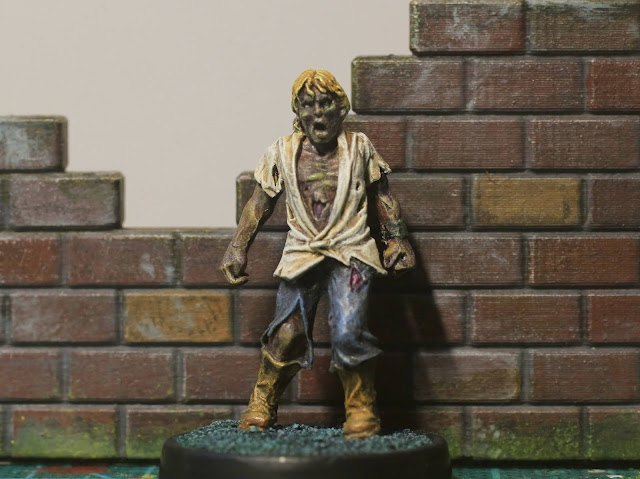 These minis don't have names, so I christened the guy Luke because his open shirt and blond hair remind me of Luke Skywalker on some of the original Star Wars posters. You can't really tell from this potato of a picture but his paintjob has that dusty look that just screams "HELP! I'VE BEEN  DRYBRUSHED!"
I remember that it was a warm afternoon when I painted Luke, and I only mention that because there's still over a foot of snow on the ground outside and we're in for more over the next couple of days. Anyway, I used Off-White for his top and Blue-Grey for his trousers. Lots of Army Painter Strong Tone worked for the shading and his shirt turned out really well, given my fear of painting white. His hair is Daemonic Yellow (it's a tad bright but nothing compared to Charlie's) and his boots are Leather Brown, one of the crappier Army Painter shades that was binned once I began buying Vallejo paints. 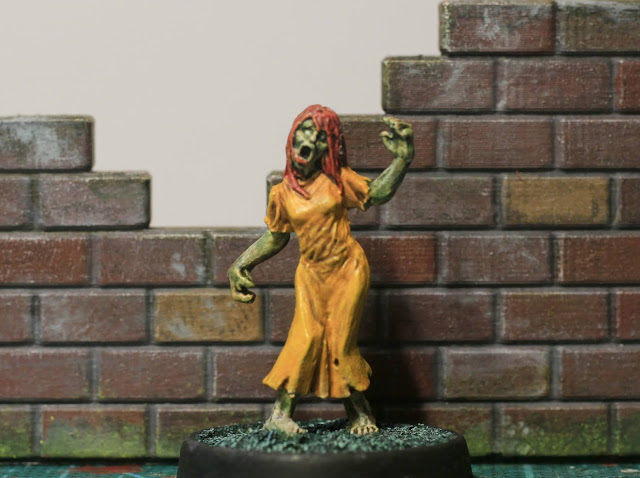 Elise got her name because the Cure's "A Letter to Elise" was playing as I was slapping on her coat of varnish. Two years later it's just dawned on me that maybe Leia would have been a more apt choice.
She was originally in a dark blue dress but it didn't think it worked so I dunked her in Simple Green for a night and repainted her. I used the same technique I used for my Tiger Claws space marine — a coat of Filthy Brown with a two (or possibly three) layers of Transparent Yellow. I cannot for the life of me remember what colour I used for her hair, but I'm guessing it's Dragon Red highlighed with Lava Orange and shaded with Red Tone.
Both of them have the usual Dead Flesh/Green Tone/Purple Tone skin. 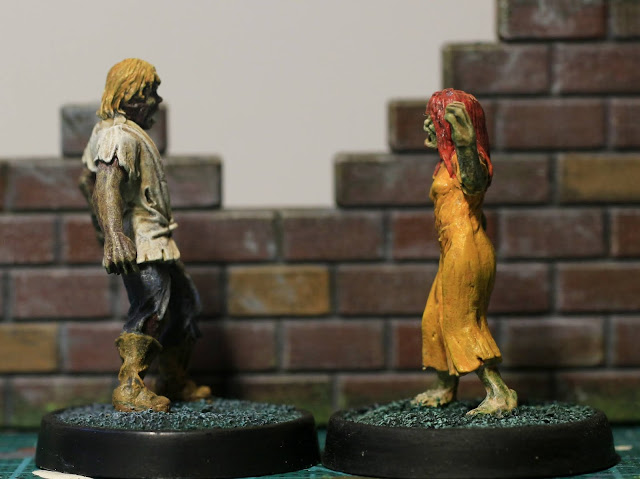 Alicia took one look at these and said, "If you put them opposite each other it looks like they're in a dance-off". And she's right.
Looking at them a couple of years on, I'm happy with how they turned out given I painted them only a couple of months after getting back into the hobby.
Labels: army painter, female, horror, reaper, vallejo, zombie