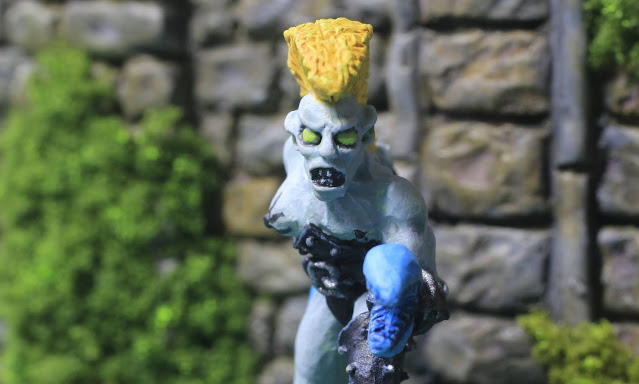 Lewdbeast is the last Daemonette I need to complete my unit for my Slaanesh warband. I "accidentally" found her while "accidentally" browsing Ebay in December and "accidentally" bought her. And she'll count as my first entry for the Fembruary painting challenge! 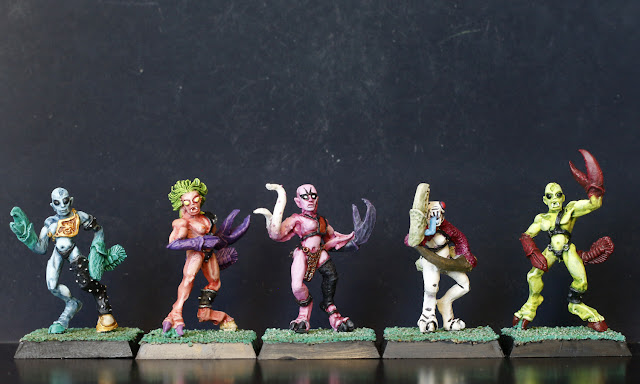 These are the five I painted in July last year. I also got these on Ebay after outbidding some guy who thought upping his bid by five cents would work when I was willing to slap another $10 down with two seconds left on the auction. SUCK IT, BANK ACCOUNT!
Anyway, you're here for the painting, not the financial report. I don't like repeating colours in units; one of the things I've tried to do when painting this warband is use lots of different shades for each figure. So I was a bit stuck for a colour when it came to painting Lewdbeast, and finally decided on yellow skin with blue claws. I'd applied the base colours when I realised this: 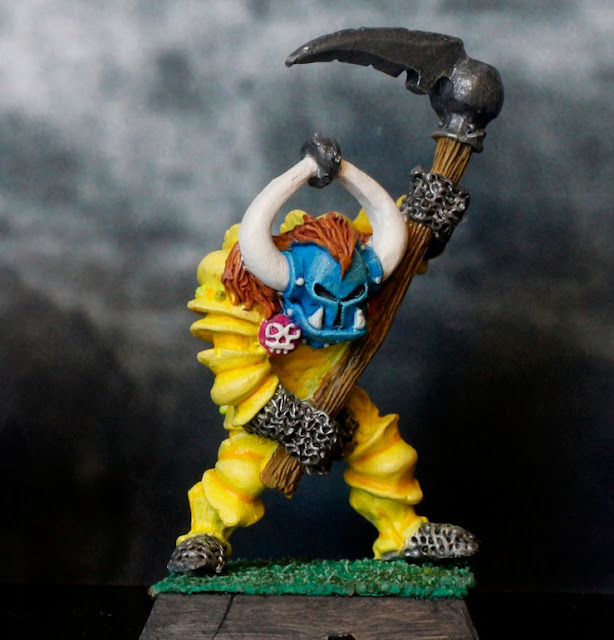 Ah shit, it's basically the same scheme as Syrau, one of my Chaos warriors. I know I'm being pedantic and probably a bit silly, but I have a thing about minis being the same colours. I mean, if I was building an army of Ultramarines or Blood Angels that wouldn't be an issue, but I want the Slaanesh force to be much more random, or at least as random as I can get it. It's at times like these that I envy Nurgle fans, who just have to worry about not running out of swampy greens and brown wash. 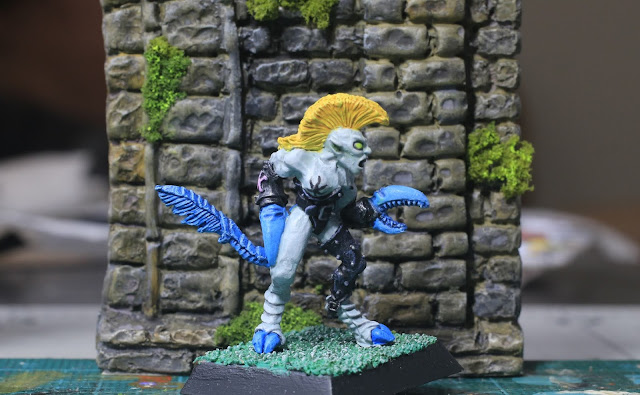 I decided to leave her claws and tail Magic and Electric Blues and went with Light Sea Grey for her skin, with some added Neutral Grey for shading. I mixed some Ghost Grey with Light Green Grey and drybrushed it on for the highlights. In keeping with the other daemonettes I used Black for her clothing with Shining Silver studs and buckles, and I decided to bring the yellow back by using Moondust and Lemon Yellow for her magnificent mohican, shaded with Filthy Brown. Lewdbeast got some nipple tattoos and I added some more to her face (tattoos, not nipples). Thinned Jungle Green for her eyes, some Pink for the Slaanesh icon on her wrist, and another minor daemon joins my warband, which is rapidly becoming an army.
In keeping with the previous post, here's her bio:
Lewdbeast
Age: 953
Likes: Gilmore Girls, bunny rabbits (preferably raw), gruesome death in all it many and varied forms.
Dislikes: Nonfat milk.
And here she is with her sisters: 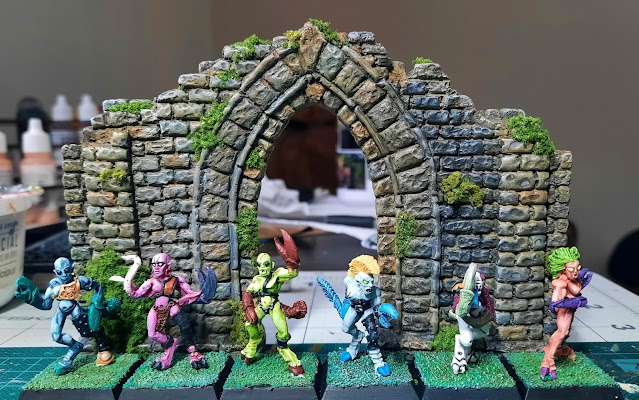 So that's a painting challenge entry completed and I managed to stick to one of my resolutions (finish a unit) and I completed the ruins (post coming soon)! If only I could put the same energy into getting off my arse and losing weight.
Labels: chaos, citadel, fantasy, female, fembruary, games workshop, oldhammer, painting challenge, slaanesh, vallejo, warband