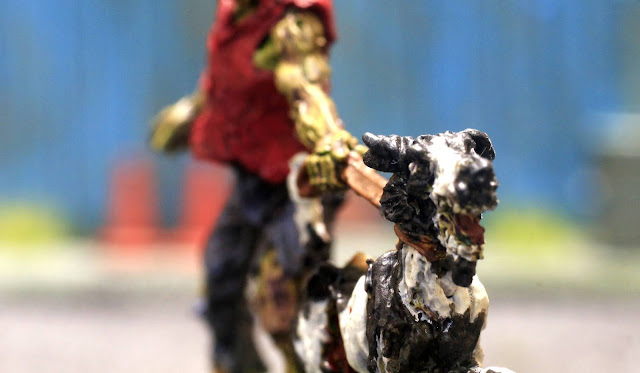 I think this 'orrible chap and his decaying doggo were started in May last year. After finding him while tidying up my shelves and storage (our spare room is a bomb site of crap right now) I thought it was about time I got him finished. 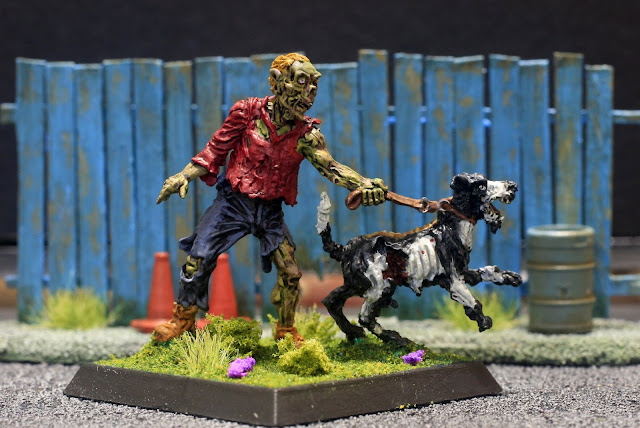 Why Reaper thought a zombie walking a zombie dog was a good idea is beyond me, but I do like it. The sculpt is by Bob Olley and has his classic gnarly look, which can make them a bit of a pain to paint. I've got two other sets of Olley Reaper zombies (here and here) and despite hating them when I first bought them, they all make for great additions to my undead horde once they're painted. In honour of his creator I've named him Olly. 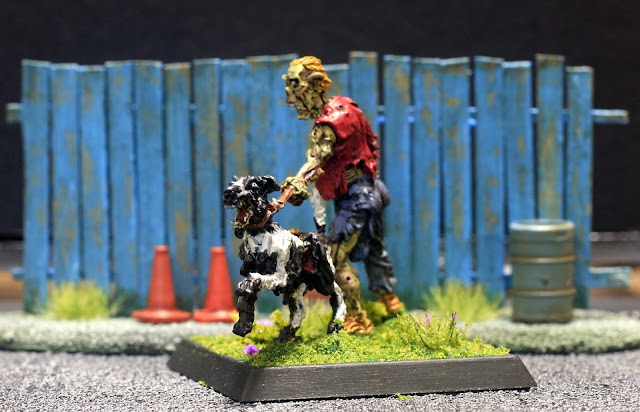 He was about 98% finished when I found him. All I had to do was wash Olly's skin with Green and Purple tones, paint the leash, give the whole model a once-over with matte varnish and then do the base. 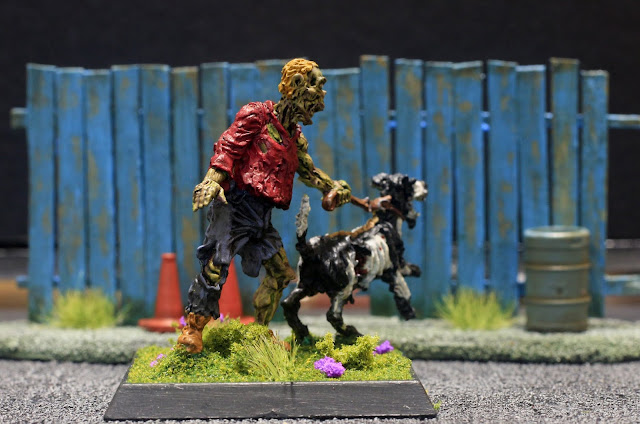 The pupper was originally going to be yellow, like a Lab, but I soon gave up on that idea and went for a sheepdog look. Or, as Alicia put it, "Why is he walking a cow?" 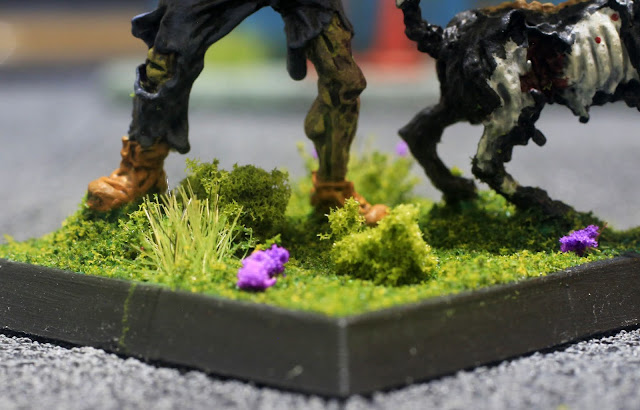 The base was still unpainted plastic, so the first thing to do was coat it with Heavy Black Green, drybrush it with Park Green Flat and then cover all that hard work with PVA and flock. I added a couple of tufts and some flowers, and now Olly is walking his putrefying pooch through a nice park.

Zombified or not, Olly would make for a scary figure; he really does have a "chav with a couple of ASBOs" look about him.