Season of Scenery: One of them had to go wrong 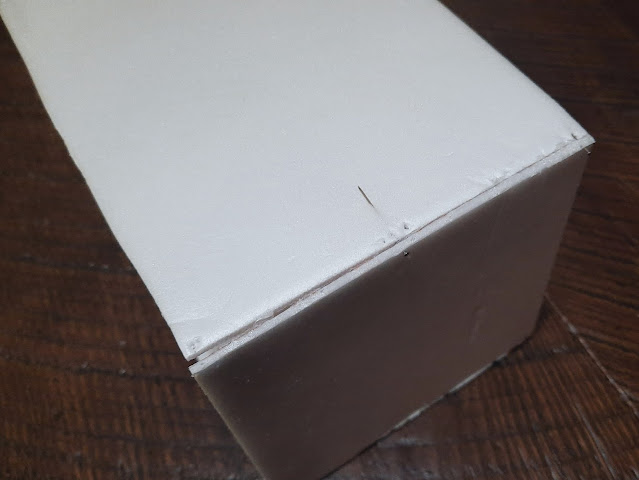 Nothing to see here, move along...

After the resounding success of my convenience store I really wanted to make another post-apoc building. However, being unemployed again (and more to the point, skint) I couldn't buy another one and I'm fairly sure of Alicia's response if I ask to borrow the money. 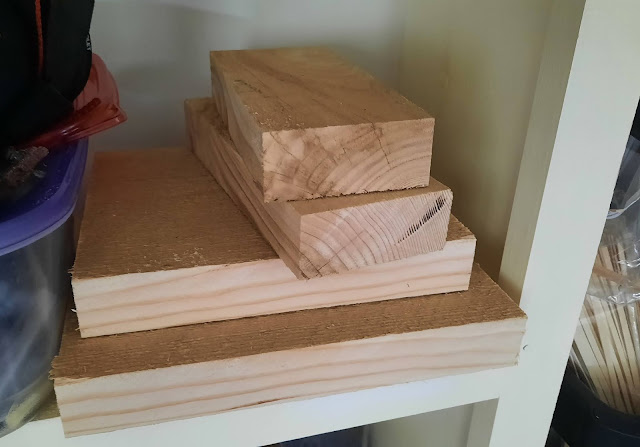 However, I did think ahead for once and made a note of the dimensions of the MDF pieces, and then asked our builder to make me some templates from scrap wood while he was installing our French doors. So this morning I dug out the cheap foamboard, a knife, the templates and PVA and set about buggering up in spectacular fashion. 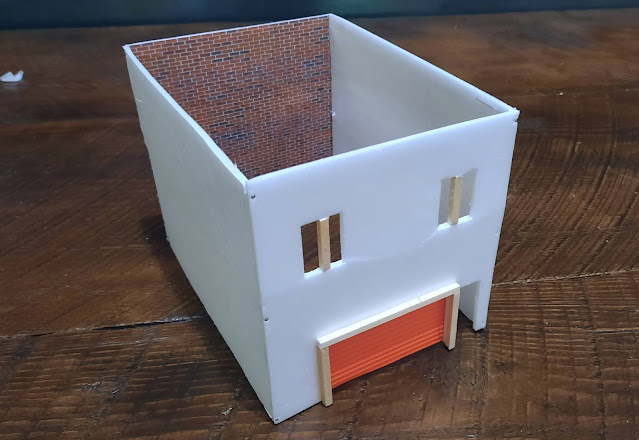 As the Chemical Brothers once said, "Where do I begin?" Well let's have a look, shall we?

First off, I didn't actually plan this out. Unlike the Warhammer cottage, I didn't have any plans to base this on. I basically decided to make a bigger building and set about it with the kind of wildly overoptimistic confidence that only someone who hasn't got a bloody clue could muster.

I didn't actually measure anything. I used the templates but just made the front, back and sides 1.5 times taller than the convenience store by the scientific method of "moving the templates up a bit". This became blindingly obvious when I dry-fitted the pieces together, so after a lot of trimming I had four pieces of foamboard that could generously be described as "geometric".

I did actually use my ruler to measure where the windows and the long entrance would go, and they worked pretty well right up to the point where I had to cut them out. Despite a nice shiny new blade on my Xacto I still managed to tear the foam to bits as I cut them out. Once they were done, a small forgotten detail popped into my mind:

What am I building?

In my misplaced enthusiasm I hadn't even thought of what this is supposed to be. I could only think in terms of "four walls, a roof, some windows and a door". So as I own a resin 28mm ATM, I decided on a bank, and cut a slot for it to the right of the door. In a twist that came as no surprise, I didn't even get that straight.

Never mind, let's press on, everyone has to start somewhere. I need window frames, so I'll use matchsticks. The only ones we have are chunky long ones for lighting the fire, so I guess they'll work. Four attempts later I got them the right length and used PVA to glue them in place. Then I added some around the entrance before realising that a bank usually has large glass doors and I don't know where to start in terms of making them. Aha! Corrugated cardboard will work as a security shutter, so I cut some out and glued it to the inside. It was the first bit to go right.

And then it was time to glue and pin the foamboard together. Addressing the elephant in the room, the reason there's a brick pattern on the inside of the rear wall is because I didn't want another chinchilla dust job on the walls, so I printed out a brick wall background and stuck it to the back wall to test it. It looks great, it's just a shame that i) I only printed one sheet, ii) Alicia started a marathon Minecraft session on her laptop so I couldn't print more, and iii) I STUCK THE REAR WALL ON BACKWARDS.

You can see from the top photo what a crappy job I did of gluing the walls together. I hoped the pins would help but, well, it's me. I think, and I hope, that part of the reason was I was using cheap 3mm thick foamboard that costs $1 a sheet and warps if you breathe near it, so I've splashed out on some slightly more expensive 5mm board and will try again. I know my cottage was made from 5mm board and it was a lot easier to glue and pin together. 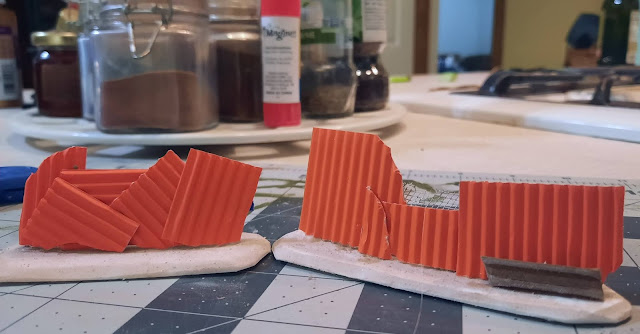 The day wasn't a total waste: I managed to make a couple more barricades, and this time I angled the sheets a bit more. I also made a girder out of some chipboard and added it to the base. These'll be painted tomorrow. The bank will probably be taken apart and the sheets used for something else. 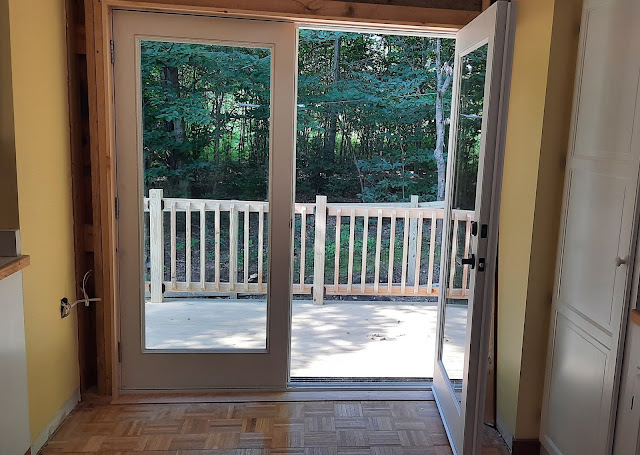 On the upside, the French doors are awesome, albeit not quite finished.