Reaper Miniatures make just about every D&D mini imaginable. They also do a range of D&D figures that are basically mice. Meet the Mouslings.

Then, one day, someone (and by "someone" I mean "some utter god/dess") at Reaper decided to take some mouslings and put them in power armour.

I bought some back in 2018 in the middle of a Horus Heresy novel binge, and the Adeptus Ratstartes were born. 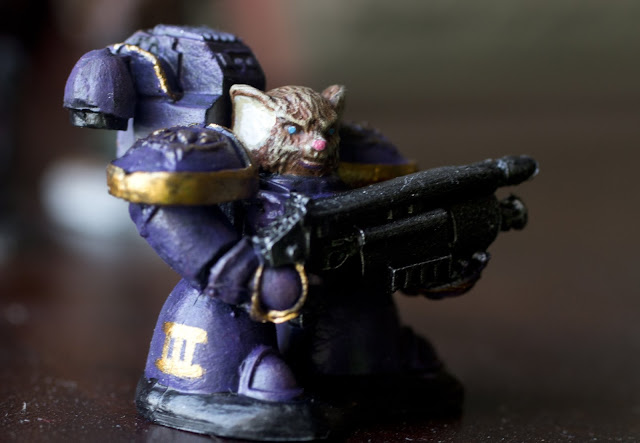 Resplendent in their purple and gold armour, the Emperor's Cheddars were once among the most loyal Space Mouslings until their primarch, Fulgreve, fell under the sway of evil Chaource powers. 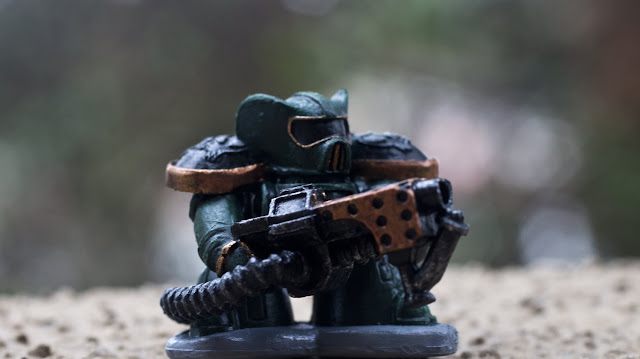 Hailing from the volcanic world of Nocturne, the Salsasiagos prefer to fight with flame and melta weapons. Not only does this terrify the opposition but it also helps when grilling cheese on toast, the Salsasiagos' favourite food. 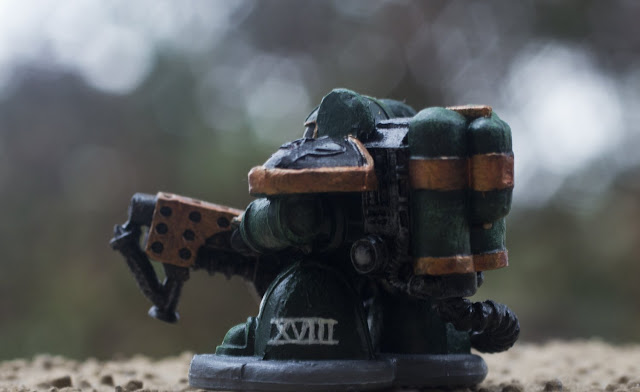 Having stayed loyal during the Hafod Heresy, the Salsasiagos believe their lost primarch Vulscombe isn't dead but has been enjoying a particularly good serving of Welsh rarebit for the past 10,000 years and will rejoin them after dessert. 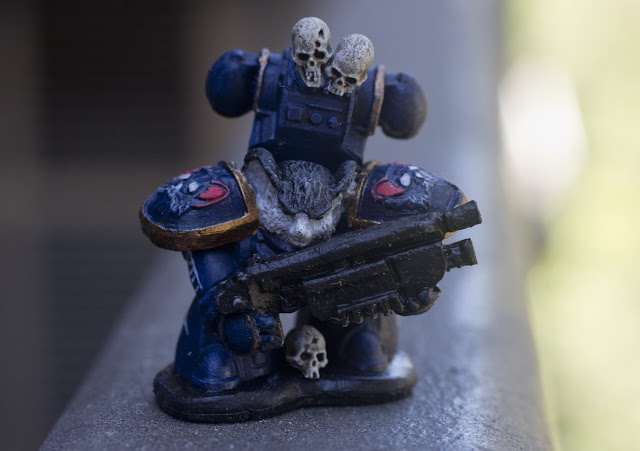 With their pale skin, black eyes and habit of using the skulls of their enemies as fondue bowls, the Niolo Lords are infamous for spreading terror across the galaxy simply by showing up and broadcasting images of their Grater Companies flaying the rind from unpasteurized Stilton. 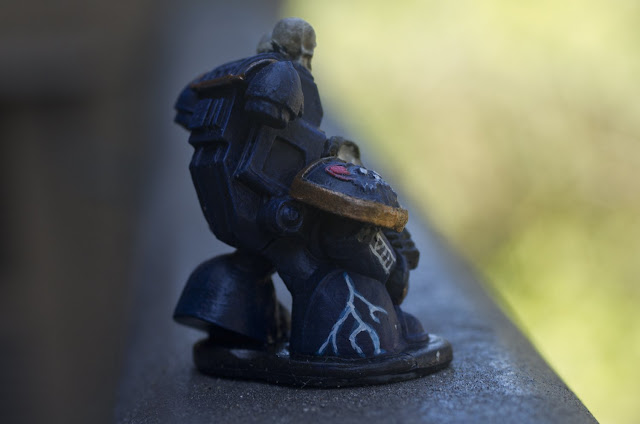 Many Niolo Lords adorn their warplate with lightning bolts, although the artificer responsible for this Ratstarte's armour is probably a candidate for the skinning pits. Their unstable primarch, Konrad Curds, the Night Havilah, is plagued with visions of being killed by a vegan assassin. 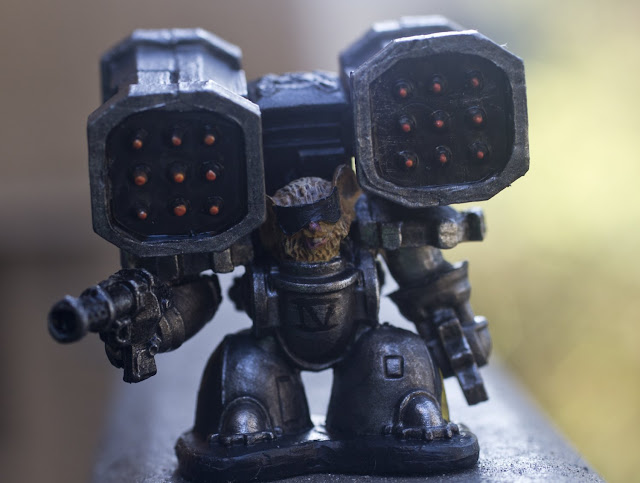 Preferring to bombard their enemies from afar, Ratstartes of the Iris Warriors specialize in heavy weaponry. For example, Battle-Brother Hardcheese, pictured, carries weaponry so heavy that not only can his power armour barely hold the weight, he's also in danger of blowing himself up if he fires either one of his Devilsgulch missile launchers. 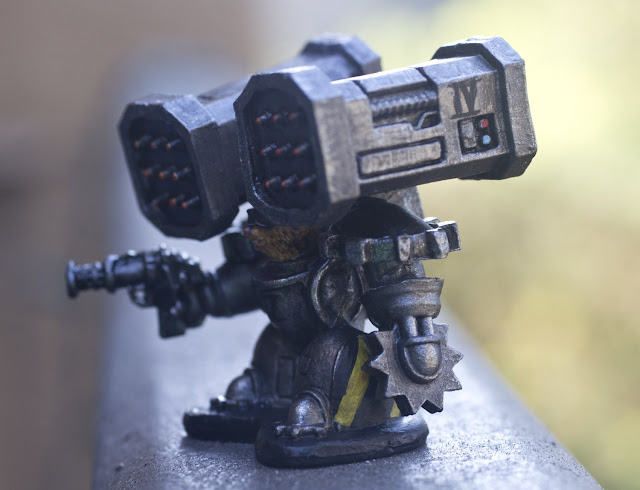 Like many of the IV Legion, his armour is decorated with black and yellow chevrons, although his artificer hasn't quite got the hang of them yet. Hardcheese is also armed with a pistol in case the enemy gets within 50 feet and a pizza cutter in case anyone drops a pepperoni with extra cheese. 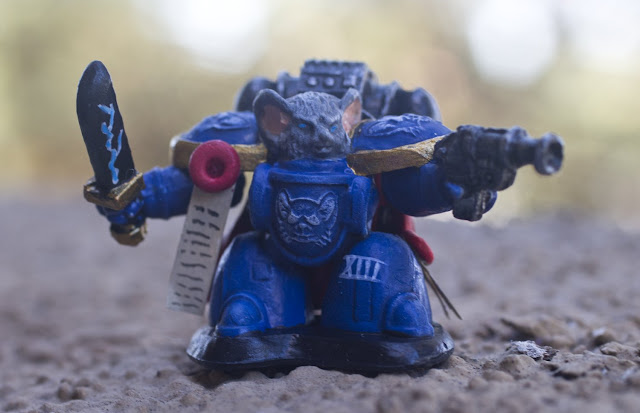 Considered* to be the biggest, bestest, most loyal Legion with the nicest shiniest armour, the Ubriacomarines take the Codex Ratstartes very seriously. Written by their primarch Rocamadour Guerbigny, the Codex contains a list of Emperor-approved cheeses, lots of recipes, a handy glossary of terms and is available in five installments priced at only $IX.XCIX each**. 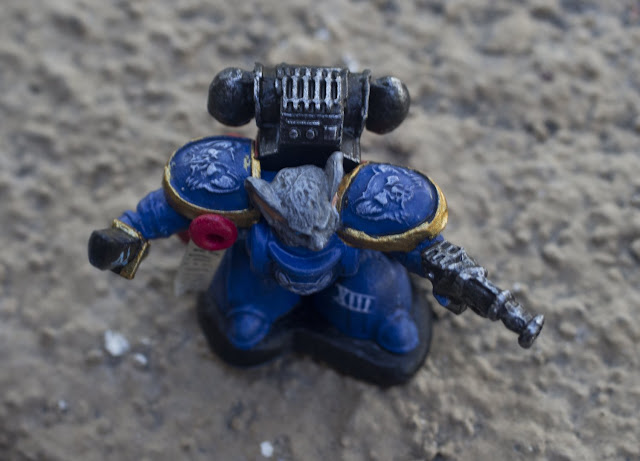 As the XIII Legion follows this tome to the letter they will view anyone who doesn't use a Codex-approved fondue set with deep suspicion and have called Exterminatus on planets found to be using Velveeta. Following Guerbigny's miraculous recovery the Empire is looking forward to Codex Ratstartes II: Just When You Thought It Was Safe To Buy Kraft Singles with great anticipation. 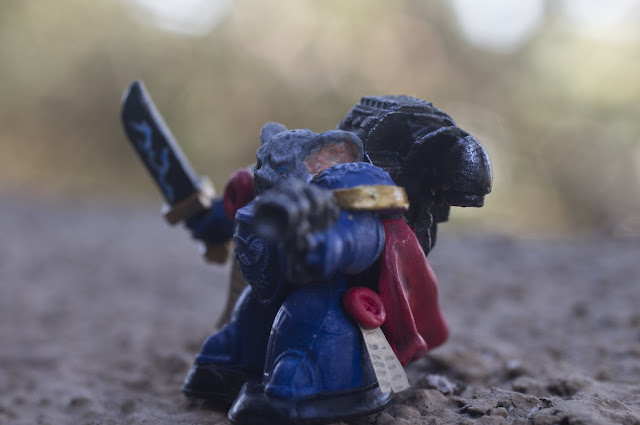 The Ubriacomarines remain blissfully unaware that almost every other Legion refers to its Ratstartes as "smurfs".