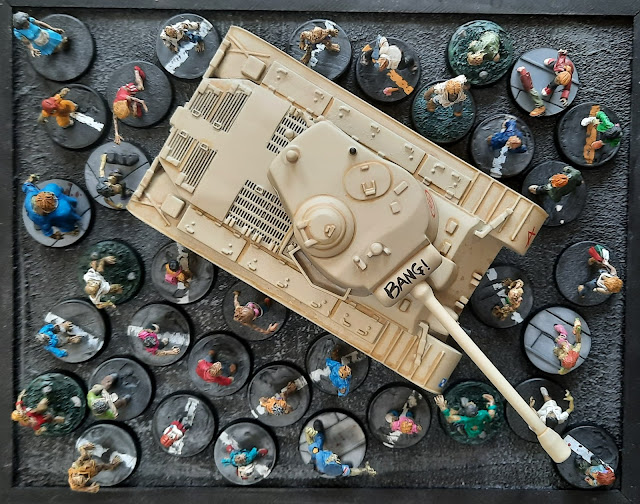 In case anyone is wondering, the headline for this post comes from the last line of the pilot episode of The Walking Dead. It's also the first time we're introduced to the awesomeness that is Glenn.

The photo is my attempt to recreate the final scene of the episode: 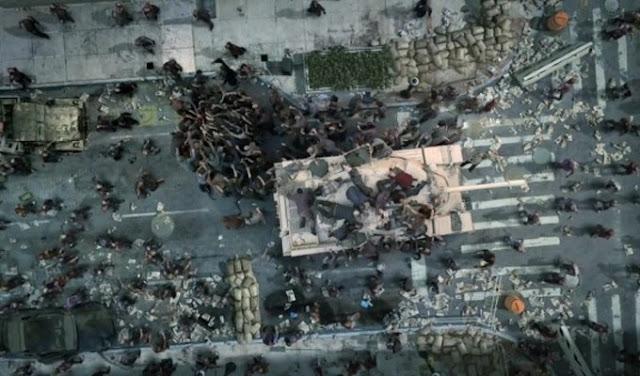 Wow, I need a lot more zombies.
I'm currently working my way through the Squealers and have basecoated all of them and finished one. They're taking longer than I thought because although in theory they look to be straightforward, in practice they're fiddly buggers because of their diminutive size. Happily they are fun and look cute, albeit in a fierce way, when painted.
In between applying coats of Heavy Skintone, Orange Brown, Blue Grey and many other colours, I got on with something else. 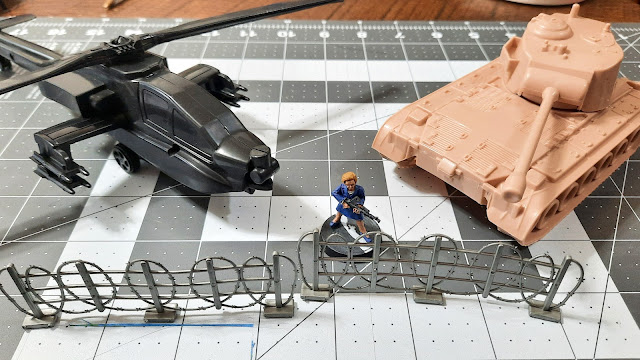 The tank comes from a cheap army toy set I picked up for $5 at Dollar General back in January. As well as the tank, there's a helicopter, a load of barbed wire, a couple of F-35 planes (that are totally too small) and a bunch of toy soldiers that are the wrong scale. But I thought the chopper and tank might work, and for a fiver why not give it a go? Here's Maggie in front of the unpainted models to show the scale. It looks OK to me. I sprayed both models with black primer and did the tank first, using a satin spray paint called Fossil to give it that sort-of Desert Storm look. I shaded in the rear grilles with Nuln Oil and used Seraphim Sepia to define the panels and hatches a bit more. 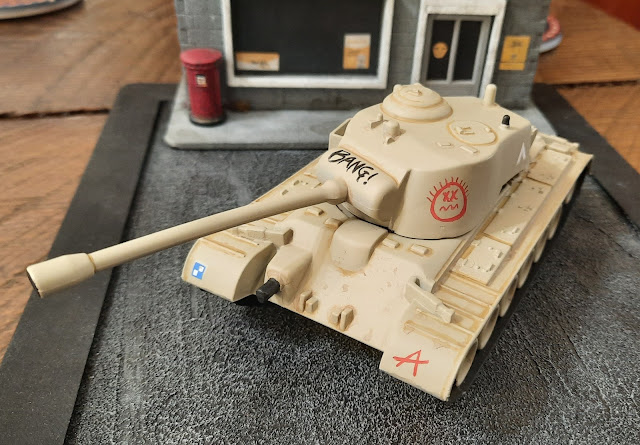 It's an appallingly basic paintjob; I did the tracks with Abbadon Black and didn't even bother to highlight them. After adding some transfers — the ones on the back of the turret are Space Marine Assault Squad emblems — I painted on some quick graffiti, sprayed it with matte varnish, and called it a day. 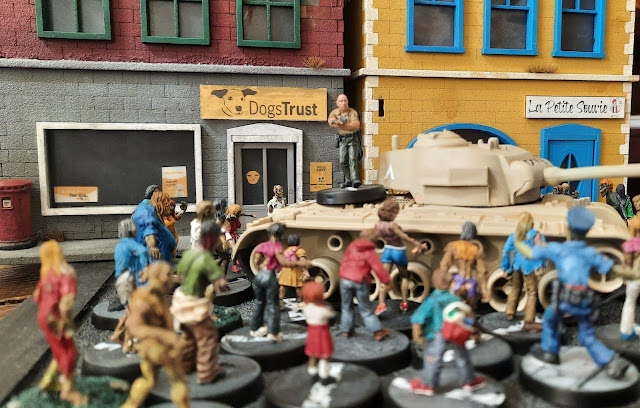 Here's Vermont State Trooper Ken taking the place of Rick Grimes. Hopefully Ken's going to save one bullet for himself...

The tank came out looking pretty good for a cheap kid's toy and it's something that'll really add to the abandoned, post-apocalyptic atmosphere of Zombietown. Right, I'm off to do some more work on the Squealers.