The Old Ones are no longer smiling on me 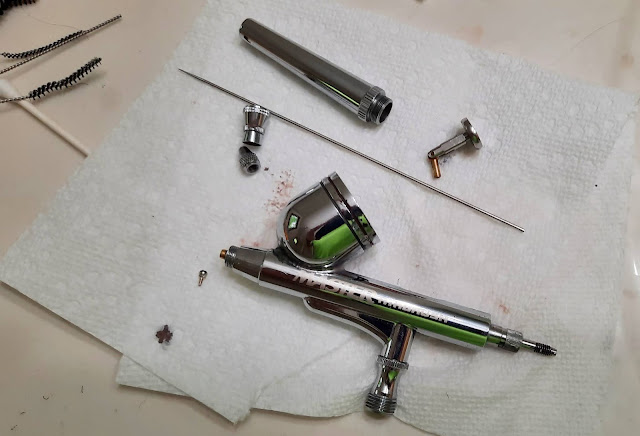 This is it. This is the point where I lose my sanity and Alicia has to have the spare room redecorated with rubber tiles.

I've mentioned how I've been using my airbrush to basecoat these models, and in two cases to do some actual painting. Today I started painting Hastur, the penultimate monster in this oddessy of oddness. The airbrush is a must for him as his myriad of tentacles and other bits would have been a nightmare in terms of time and effort to paint with a regular brush.

But one thing I didn't realise was that I've been airbrushing with the smallest needle — 0.1mm — which is meant for fine details. I changed out the needle to a 0.3mm one and after filling the brush with a mix of Malefic Flesh and flow improver, I started to spray Hastur's horrid appendages.

Things were going well and I'd got to this stage... 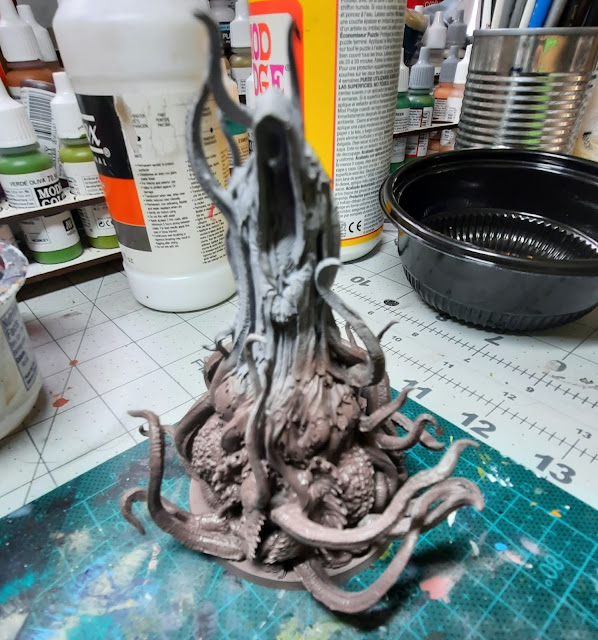 ...when the paint started to come out in blobs. No biggie, it's happened before, it's time to disassemble the brush and clean it out. After taking it apart, running airbrush cleaner and cold water through it, cleaning the needle, cup, and nozzle, and using the little wire brush thingy to remove any flakes of dried paint, I was putting it back together when this happened: 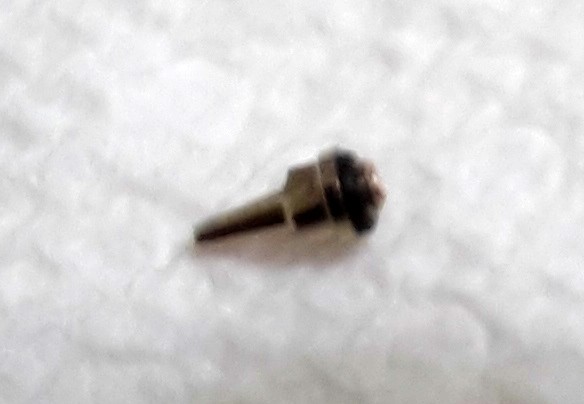 This is the nozzle, through which the needle passes as you pull back on the trigger to make the air and paint flow. As I was replacing it the thread, which should be to the right, snapped off inside the airbrush. Awesome. I have tried everything I can think of to get the little bit of thread out, to no avail. There's no way to grip it from inside the airbrush head in order to unscrew it.

I have other needles and nozzles in different sizes, so if this had just broken I could have swapped it out. But because there's about 1mm of metal jammed inside the airbrush, it's effectively useless. Yay.

So for now I'm back to using regular brushes and Christ is Hastur a pain in the arse. So many tentacles. And I still have Cthulhu, the largest model, to paint. Just because I managed to paint Tracy with brushes last year doesn't mean I want to do it again. I also wanted to use the airbrush to paint Hastur's robes and his cultist as they're yellow, a colour I cannot brush-paint to save my life.

The one slight saving grace is that the airbrush was a cheap one, so it's not like I just trashed an Iwata. Oh well, off to Amazon to see if I can get another one. Regular Monster May(hem) service will resume as soon as I calm down.