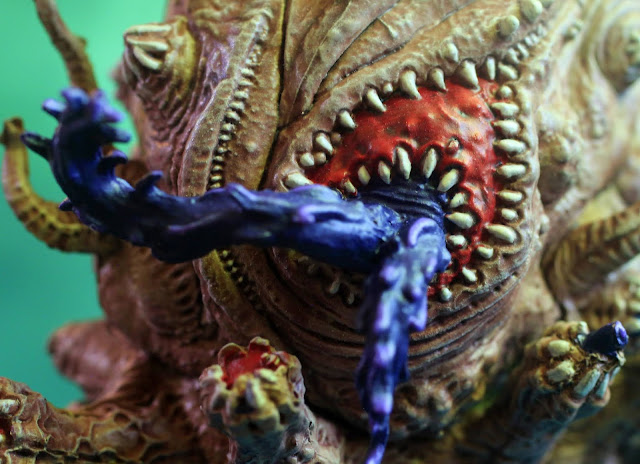 Yoggers is an Outer God, making him somehow more powerful than Cthulhu and Hastur. He's usually depicted as a mass of glowing orbs, so I'm glad that CMON decided to go with a massive sagging sack of teeth and tentacles instead.

He is first mentioned in Lovecraft's novella The Case of Charles Dexter Ward, but has a much bigger role in the story "The Dunwich Horror". He's conjured up by a nutter called Wizard Whateley and very probably impregnates Whateley's albino daughter Lavinia, who gives birth to a walking horror called Wilbur. Needless to say, things get weird fast.
This figure didn't come with the game. It's an add-on I saw on Amazon just after I bought C:DMD, and at $22 for another huge monster I couldn't resist. I also can't resist pointing out that this whopping sculpt is seven dollars cheaper than a Primaris Chaplain. 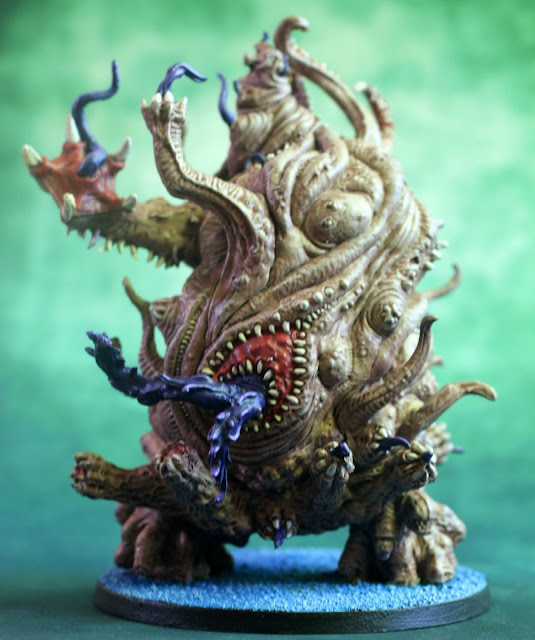 Yoghurt was a bit daunting when I took him out of the box, but turned out to be fairly straightforward to paint. I airbrushed him all over with Pale Flesh, and then gave him a thorough wash with Red Tone. 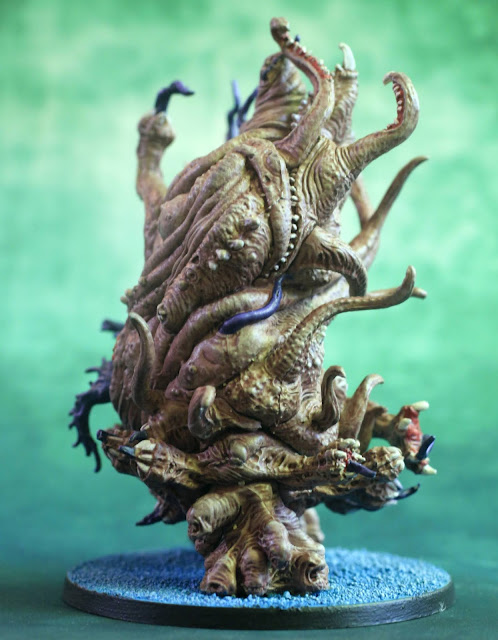 I used Alicia's hairdryer on the wash as I figured it would save a lot of time. Once it was dried, I drybrushed Yogo with Pale Flesh and then White Flesh. At this point he looked like a big pink diseased testicle, so I was a bit worried as to how he'd turn out. 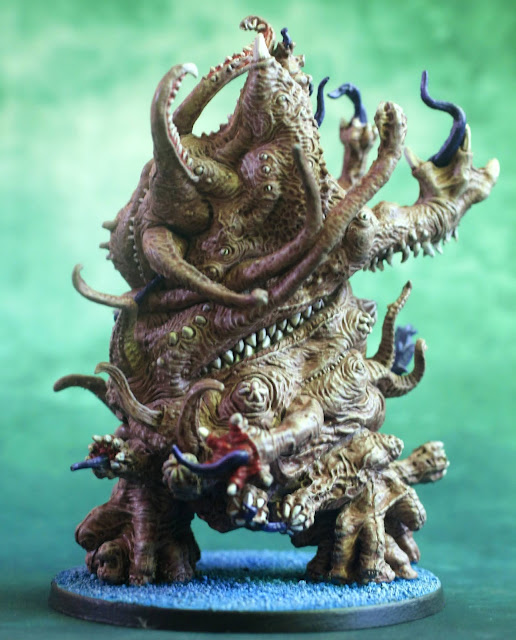 Time for the details OH MY GOD THERE'S A SHEDLOAD. I kicked off with all the mouth bits, using Flat Red washed with Green Tone and highlighted with Vermilion. From there I moved onto the tentacles with Royal Purple, Oxford Blue and Blue Violet. 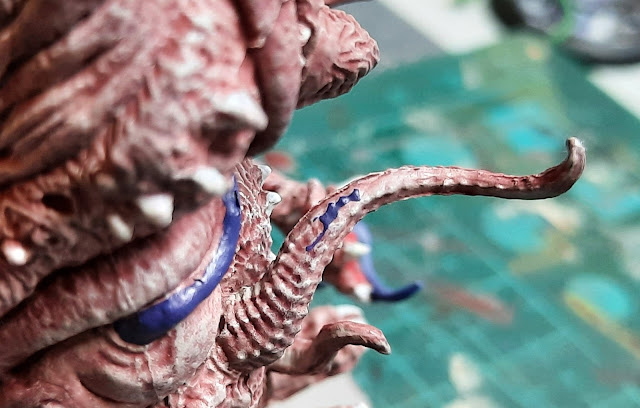 Oh bugger. After fixing this error I gave the whole model a coat of matte varnish in the hope that it would help prevent the paint being rubbed off as I handled it. 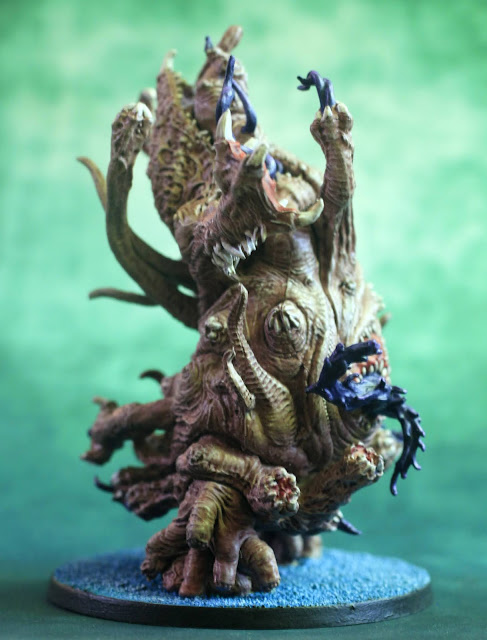 Time for the teeth, of which there are about a million. I used Ivory thinned with Liquitex flow improver and just hit them one at a time. I think the teeth took as long as the rest of the figure put together. I know the usual thing to do is use a brown wash on teeth and claws, but that wasn't happening. If you look at Yogger's feet you can see that they also have teeth but I'm close enough to losing my sanity as it is, so they're staying pinkish.

The varnish didn't prevent the purple on the tentacles from rubbing off, so after repainting the tips I gave him a second coat of varnish and moved on to the base. More sand, a coat of Light Turquoise and a drybrush with Off-White and Yog-Sothoth is ready to do whatever a Yog-Sothoth does. I'm assuming it involves a lot of killing.

I have four monsters and 14 humans left to paint, and 11 days to get them done.