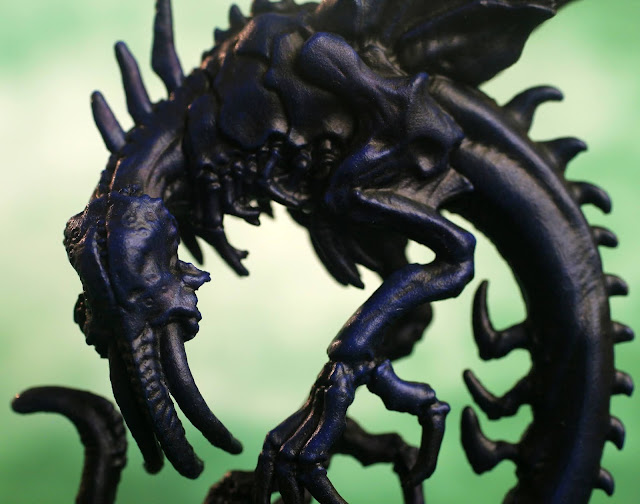 Another pair of Cthulhu: Death May Die minis, another Lovecraft invention that has bugger all backstory.
As I said in my first post about the game, horrors are a kind of hunting dog. They serve Nyarlathotep (sadly not included in the game), also known as The Crawling Chaos, a lesser god who walks the earth causing, well, chaos. And that's all I know. 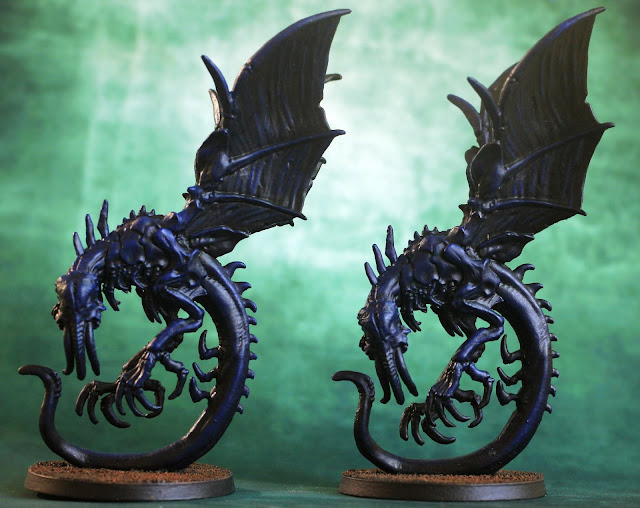 As the horrors have an aversion to light and can be harmed or destroyed by even a small amount, I decided to keep them as dark as possible. After respraying them black, I used pretty much the same technique on them as I did with the byakhee, just using different colours and less paint. 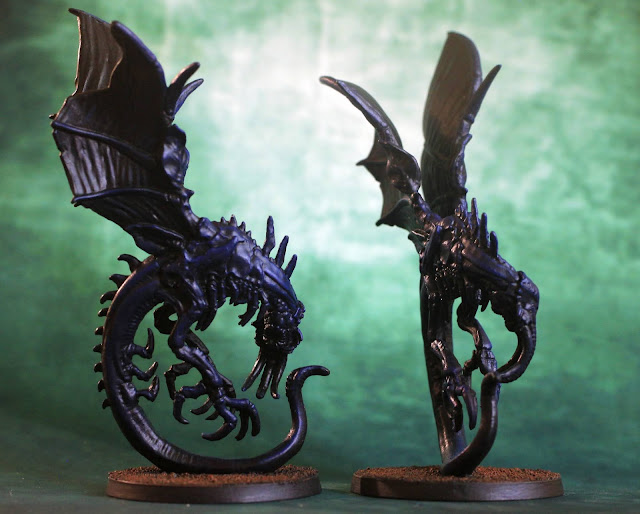 I used a slight overbrush of Dark Prussian Blue to start and covered the bits I thought would be hit by direct light from above. Once dry I drybrushed Blue over the models, and with that done I added a little bit of Fluorescent Blue to the highest bits.
I just lightly layered on some Blue to the folds in the wings, and they were done pretty quickly. The only problem I encountered was with my black respray, which didn't cover all the grey, so I had to repaint black over some bits. And when I say "some bits" I mean tiny little dots of grey that stood out a mile against the blue and black. Yay.
The bases are sand, painted with black craft paint and drybrushed with Bright Orange.
So, that's 16 of the monsters in the game done, and 10 humans. I started another monster while doing the horrors, and I'm hoping to get it finished very soon. Two others have been primed and are on the table. The only turd in the chocolate box is the Cultists of Hastur, which after a second coat of yellow look like they've been dunked in korma sauce. I'm considering giving them a nice relaxing bath in some Simple Green and airbrushing the yellow on.
So, till next time, CTHULHU FHTAGN!
Check out the other participants in this year's Monster May(hem):