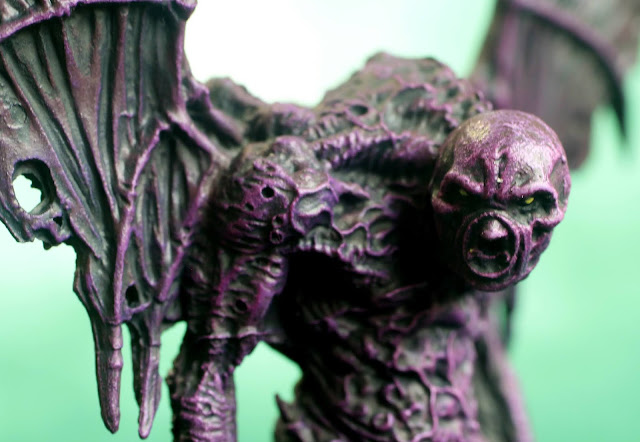 As I said in my first post about Cthulhu: Death May Die, byakhee are "interstellar predators that feed on their victims". That's pretty much it; they don't have a huge backstory. About the only interesting fact is that they weren't invented by HP Lovecraft, despite appearing in one of his stories.

According to the HP Lovecraft Wiki, byakhee are the creation of August Derleth, a friend and correspondent of Lovecraft's, first appearing in his story "The House On Curwen Street". Lovecraft then used them in his story "The Festival". How this happened when Derleth's story appeared in 1944 and HPL's in 1923 I'll never know. Trying to work out how that happened is driving me up the wall.

On the other hand, when HPL died, Derleth founded the Arkham House publishing company to get Lovecraft's work into mass print rather than just pulp magazines. He's also responsible for coming up with the term "Cthulhu Mythos" to describe the universe in which the stories exist. The anthologies of HPL's stories published by Arkham House went on to influence a ton of writers including Ramsay Campbell, Stephen King, and Brian Lumley. King even says in Danse Macabre that finding a copy of Arkham's The Lurker in the Shadows kicked off his fascination with horror.

Anyway, on with the minis. 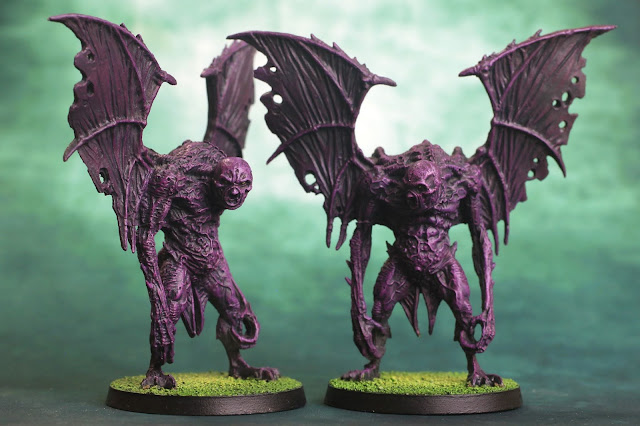 Like all the other C:DMD figures, these ugly buggers were sprayed with mid-grey car primer last week. Batch spraying them sure saved time, but then I hit an issue: I want them to be darker. So I broke out the airbrush and resprayed them with Dark Grey. Once I'd done that, I hit a brick wall.

There is an "official" colour scheme on the box art, a sort of pale flesh fading into black on the arms and legs, which would have worked over the light grey car paint. But I'd just airbrushed them Dark Grey because I'm a moron. Then again, there are 45 minis in the box and I want to get a move on, so my usual pedantically procrastinating style needed to be dumped. I've heard of this thing called "speed painting" and decided to give it a go by just using overbrushing and drybrushing to get the byakhee done.

So, colours, colours. Mythos monsters leave room for some weird colour schemes (I've seen Elder Things painted pink, orange and bright green) so bugger it, let's go purple-y. I started with a heavy overbrush of Malefic Flesh with a flat size 5 brush, doing my best to hit the raised bits and not obliterate the detail. Once that was done I realised I should have gone with Frozen Flesh first as it's darker, but I'm not one to let little things like that get in the way. 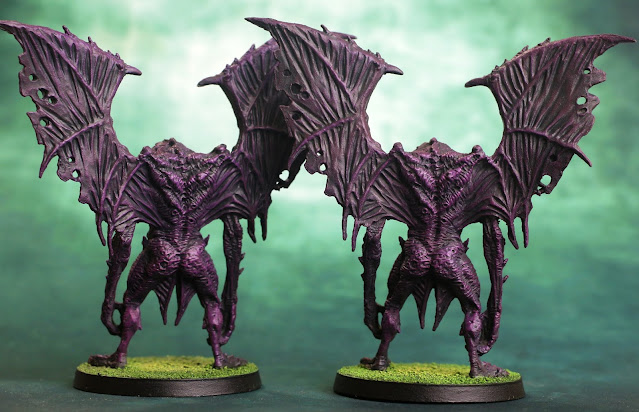 With the Malefic Flesh done, I cracked out the Purple and gave them another but lighter overbrush. I was liking where it was going, but it needed something a bit brighter to contrast with the dark grey. After the usual internal debate ("ooo that'll look good / "what if I screw it up?") I used Wizard's Robe, a hot pink, to do the final drybrush. Or so I thought until I decided to give it a last light drybrush with Pink, which you can barely see but is totally there.

As with Bob, the base was painted with PVA glue and covered with sand. I wanted to do the bases in a colour that would be a strong contrast to the minatures, so I painted it with Scorpy Green, drybrushed the centre with Moon Dust (a pale yellow) and washed it over with Green Tone.

And... I'm not sure about the result. On the one hand I like them; they look different, creepy, and I wouldn't want to meet one in a dark alley or, for that matter, in a meadow on a pleasant spring afternoon. But I can't help but feel that there's something missing. Maybe it's because I think they're a a bit basic, or maybe I feel odd missing out the whole shading stage? Maybe it's because there's no secondary colour, or maybe it's because I didn't fanny around for three hours on them? And maybe I should have done the skin on the wings in the pale flesh? Christ, I always second-guess myself. But I'm sure they'll grow on me. 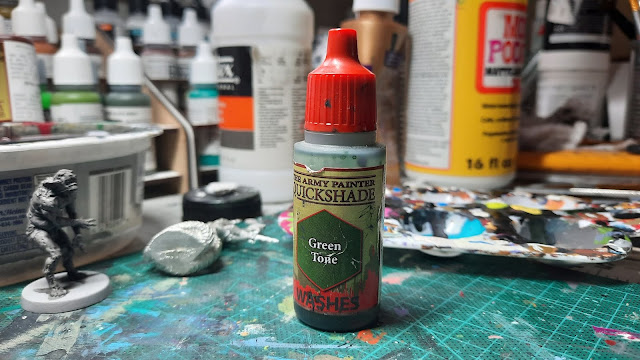 One final note: Today I say a sad farewell to my pot of Army Painter Green Tone. It's served me well over the past three years and has made its mark on a ton of minis, including every zombie I've painted. Luckily I realised last month that its time on this planet was short and ordered a replacement pot, which is already settling into its spot in the paint rack.

Check out the other participants in this year's Monster May(hem):

Keith, whose challenge this is, kicked off with a superb Ripper Beast.

Dave from Wargames Terrain Workshop has decided to make his own krayt dragon, as seen in The Mandalorian.

Azazel from Azazel’s Bitz Box has painted a superb Umber Hulk by Nolzur's Marvellous Miniatures and a great Coral Golem, one of Reaper's out-there minis.