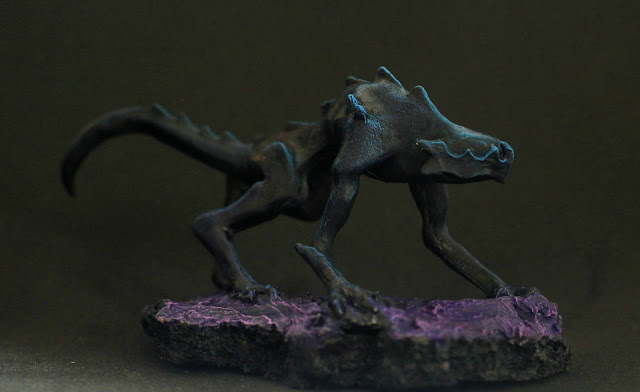 This one... sort of worked. I've named it Erebus for obvious reasons.

I knocked this one out this morning after wanting to paint something relatively easy for a change. After being glued to a ragged piece of cut-down cork which was then covered with modelling paste, Erebus and the base were spray-painted black all over and left to dry. Then it was a case of touching up all the missed spots with a brush and some thinned Vallejo Black. 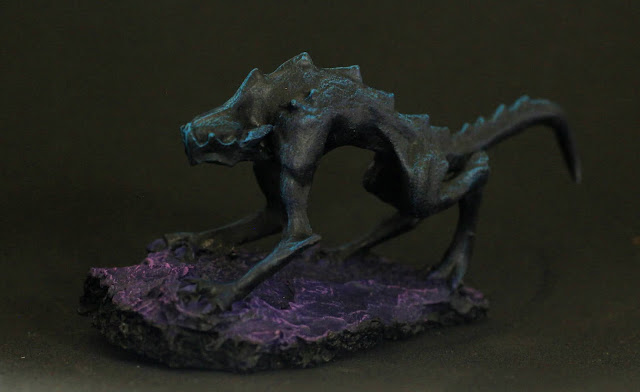 I wanted this one to say true to its name, so I originally decided on very dark highlights with Deep Sea Blue, but you could barely see them. So, more black, start again. Then I thought about trying to bring out its basic shape in a much a much brighter colour.

I was going to use a purple tone but after my Emperor's Children Terminator I'm purpled out for the time being. I went with Light Turquoise, a colour I think I've used literally once before in the past three years. I gave Erebus a light drybrush with it, toned it down with some Black Wash, and then drybrushed it again. It kind of worked, right?

My favourite bit has to be the base. I washed it with thinned-down Violet to give it a tint and drybrushed it with Pink. It worked pretty well, and gives the base an otherworldly look.

To keep the dark theme going, I underexposed the photos when I took them. That kind of worked too. 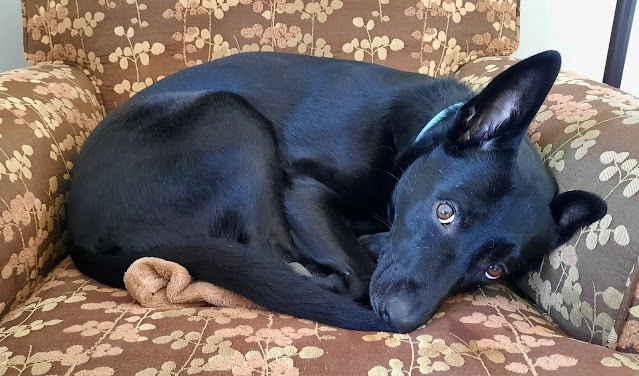 Here's the real Erebus. Don't let this cute look deceive you, she will steal food off your plate if you're not looking. And in some cases, even if you are.