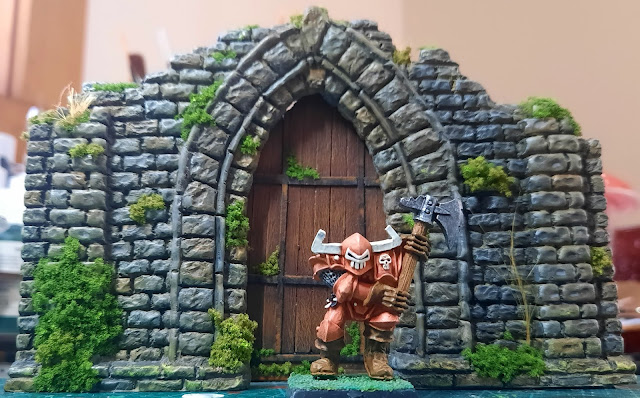 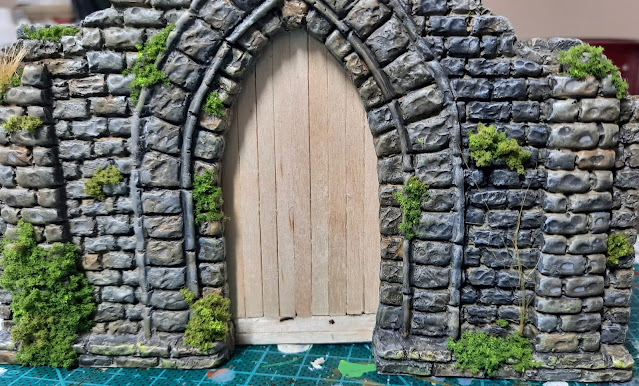 It fits properly. I did a far better job measuring and cutting away the bottom bits this time and used two horizontal coffee sticks to cover the lower part of the chipboard. The door wedges into the space pretty well, so I don't have to worry about gluing it in and can remove it if needed. 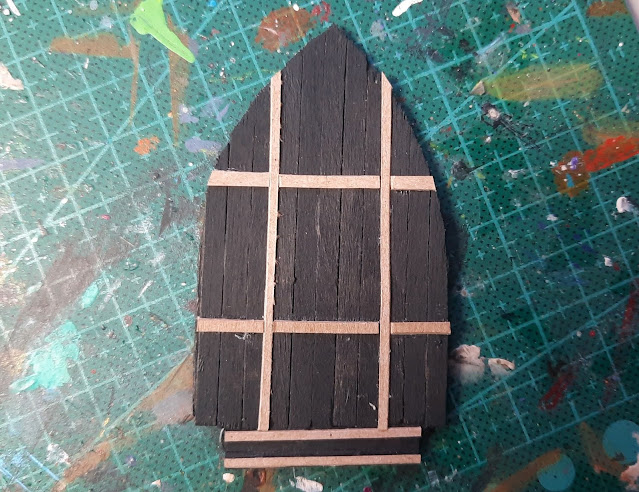 After painting it black with more cheap craft paint, I sliced up some cardboard from a cereal packet to make the metal reinforcing bits, for which I'm sure there's a technical name. Once the PVA had dried I painted them black. 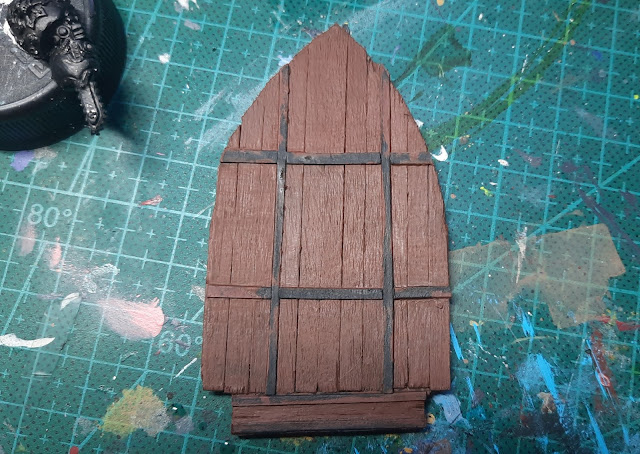 I gave it a couple of coats of thinned Mahogany Brown and several washes with Sepia and Burnt Umber. It was at this point I remembered about the orange-brown look, but too late. 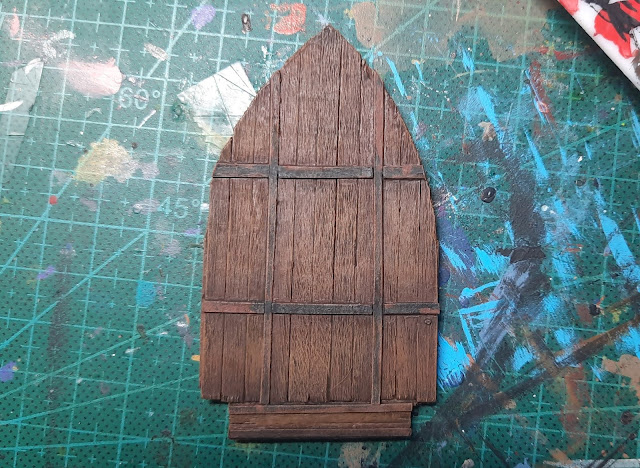 With the washes dry the door was drybrushed with a mix of Mahogany Brown and Flat Earth and given another wash, this time with Black. I upped the amount of Flat Earth and gave it another drybrush and wash and it's starting to look the way I want. I gave it one final highlight with Flat Earth lightened with some Light Brown, a last wash with more Black, and then a coat of matte varnish. 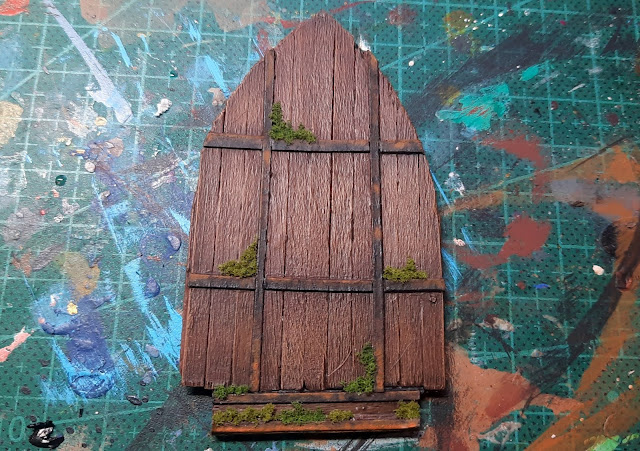 The metal bits were redone with black paint and dabbed with several layers of Dry Rust and Orange Brown to add some texture. I tried to work out how to do studs without having to make lots of little dots of greenstuff, couldn't, so didn't bother. Then I cracked out the flocking and added some across the bottom and on some of the panels to match it to the ruins. 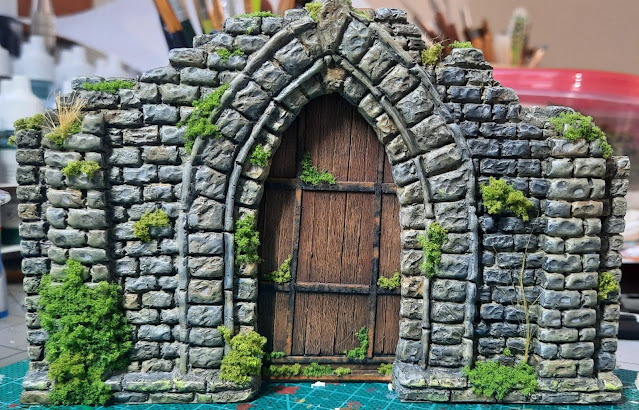 Aaaand it's crooked. Luckily this is because it's not quite in right, honest. It would have benefited more if I'd taken the time to mark out where the black strips better, but if you wanted precision you'd be on someone else's blog. I'm really happy with it, and as you can see from the top photo it's a much better look than a blurry coffee mug.
Labels: scenery