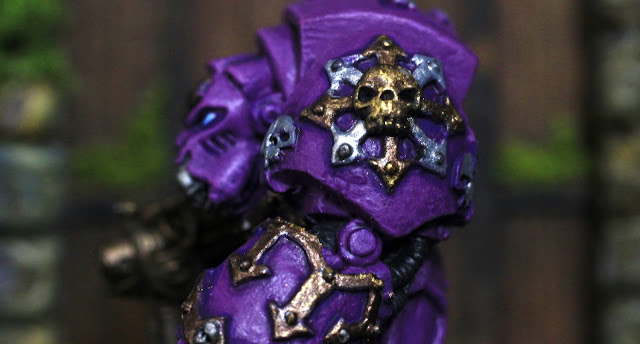 It's about time I painted a Slaanesh 40k figure.
OK, before I go any further, this guy was supposed to be Alpha Legion. I based the colours on the cover art of the Horus Heresy novel Legion: 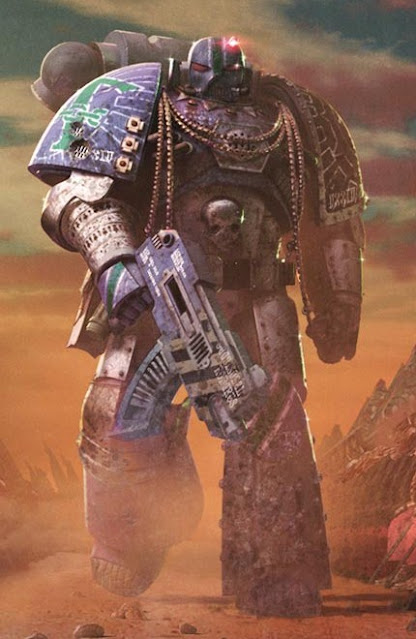 This is their livery before they went all sparkly green/blue. Waaaaaay back in the Rogue Trader era it was green, red and yellow, then it went purple/indigo, and now it's selling a billion pots of Citadel Contrast Paint. I wanted to do the version in the artwork above, complete with silver trim. 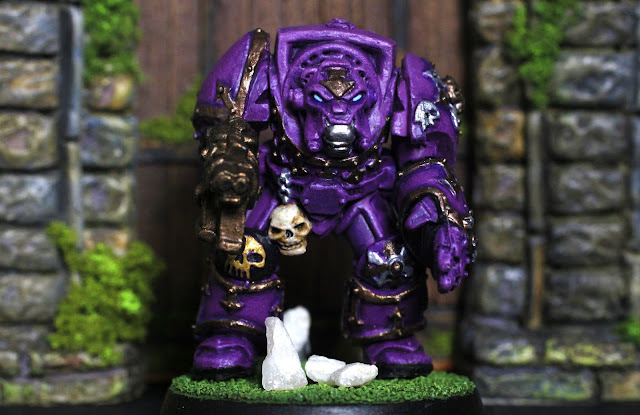 He got a coat of black primer followed by a couple of coats of Purple, then some Purple Tone to outline the recessed parts. After that the fun began: painting all the bits that were going to be Silver with Neutral Grey. I managed that successfully, but then I had to go over them again with silver. Success!
And it's at this point I'm thinking: This guy doesn't look very Alpha Legion...
In hindsight I should have used Violet or even Blue Violet instead of Purple, but of course I didn't notice this until the figure was 90% done. But wait! There's a Slaanesh warband called The Violators oh shit they wear dark blue and silver. Never mind. 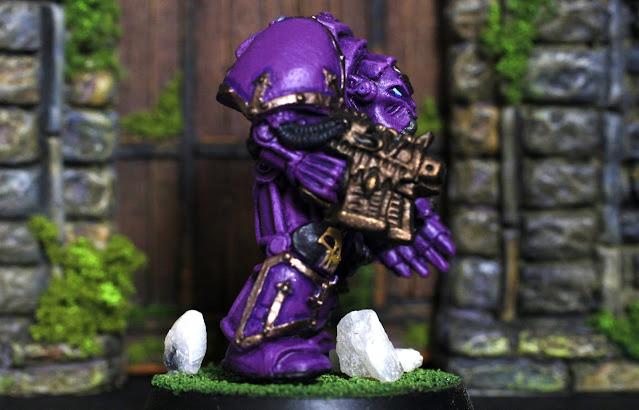 Bugger it, I love making life hard for myself, so I'll go over the silver bits with gold (even though I don't like gold too much) and he can be an Emperor's Children renegade. But then I spotted my pot of Vallejo Tinny Tin lurking among the other metallics. I haven't used it since I painted Ragnaros back in June.
It's an odd colour, a sort of reddish brown bronze, and it covers really well so I wouldn't have to basecoat the bloody silver bits again. It looks good, and I prefer it on a Traitor Terminator to bright shiny gold. A quick note: If you're an Army Painter fan and you own a colour called Rough Iron, it's the same as Tinny Tin. I didn't know that which is why I own both of them. 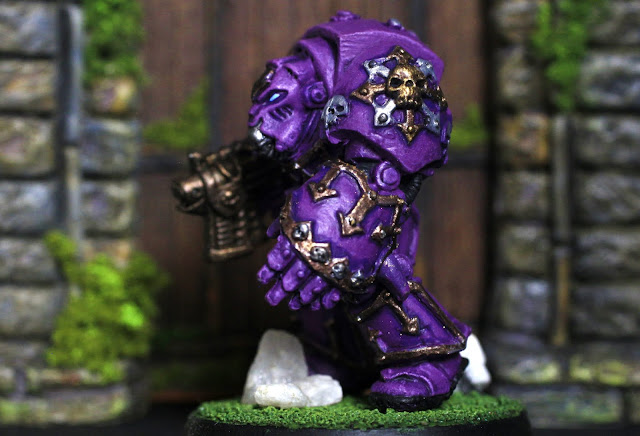 And it worked! I redid the leg and chest trim and decided to leave some silver on the Chaos icons just to break them up a bit. I did his storm bolter in the same colour and highlighted it with some Polished Gold.
After painting the skull hanging off his belt and using some Sky Blue for his eyes, he was done. I do have some III Legion transfers but after the fun and games I had with my Dark Angel I decided not to risk it. Also, they're bright yellow and wouldn't have worked. 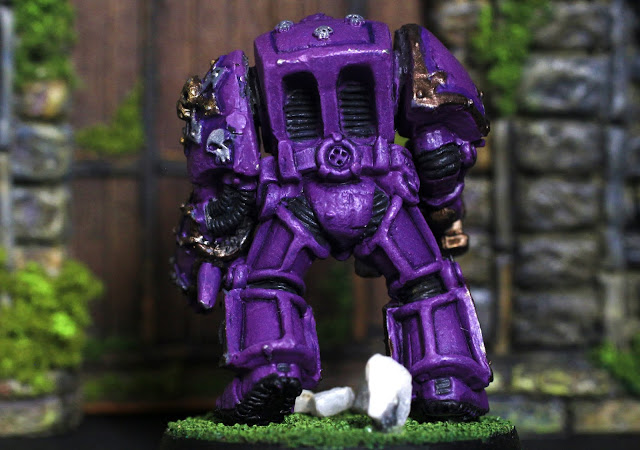 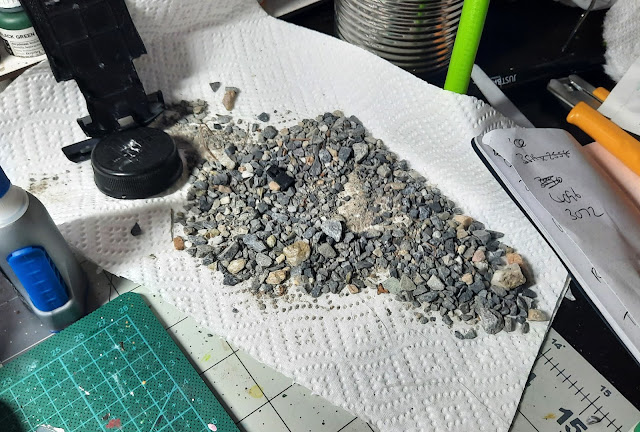 It doesn't matter if I use all these, there's about four billion more on the drive.
Labels: 40k, chaos, citadel, emperor's children, games workshop, oldhammer, slaanesh, space marines, terminators, vallejo