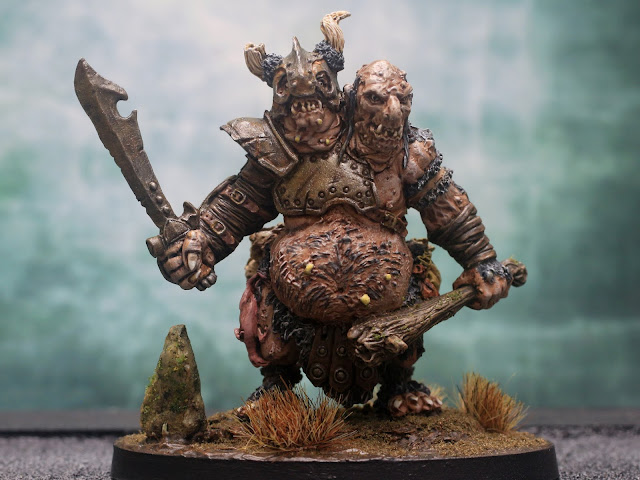 Another day, another troll, apparently. This chunky boi isn't a recent purchase; if memory serves I bought him back in 2019 and found him a few days ago in yet another box of crap. He was still in his blister pack, and apart from a slightly bent sword was in great condition. 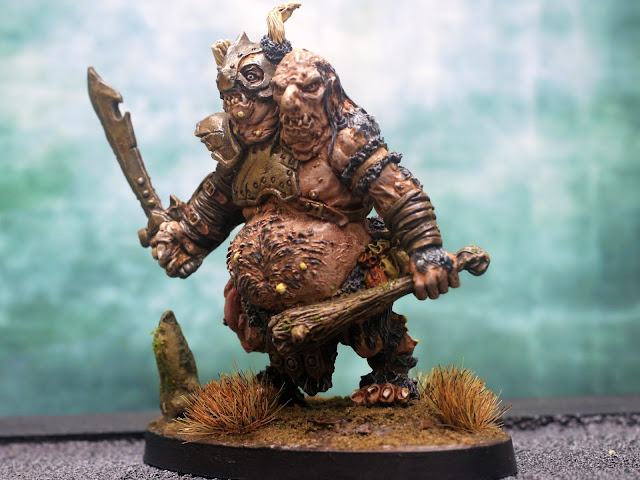 Instead of green skin like last time I decided to go with a more standard look and cracked out the Pale Flesh, the colour that served me so well during this year's Monster May(hem). It was washed with two coats of Flesh Tone to darken it a bit, and then given a highlight with more Pale Flesh mixed with a bit of White Flesh. Some Ivory for his teeth and nails and Off-White for his eyes and teeth and his body was pretty much done. 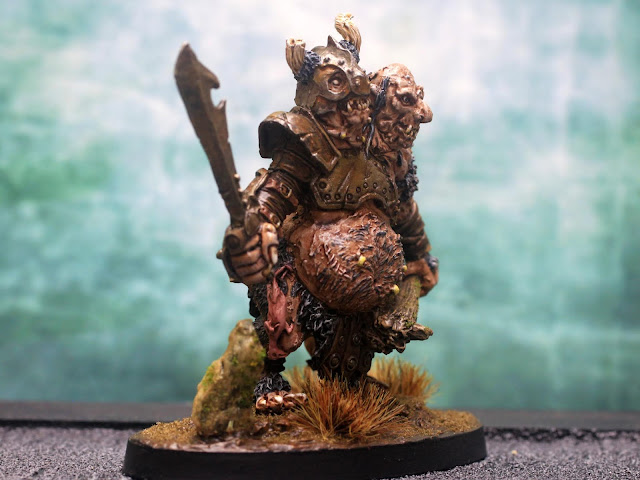 All Lardgulp's fur and hair is Dark Grey with Ash and Ghost grey highlights. There's a lot of it, and it has that gnarly sculpting which makes it a bit of a bugger to paint; you're not so much brushing it on as stabbing it into all the little gaps and folds. I totally messed up the hair on his belly by having a complete brain fart and painting the whole thing Dark Grey. I had to redo the skin and shading and happily it worked.

Much like Porkchop there's a lot of little details on Lardgulp, which took a lot of time and drove me up the wall. His armour and his sword are Plate Metal shaded with homemade black and orange washes, highlighted with more Plate Metal, and then given a once-over with Vallejo rust effect paints.

He's got a plucked bird hanging from his belt on his right, which was painted Brown Rose. Lardgulp is carrying his dinner in much the same as his swampy cousin. 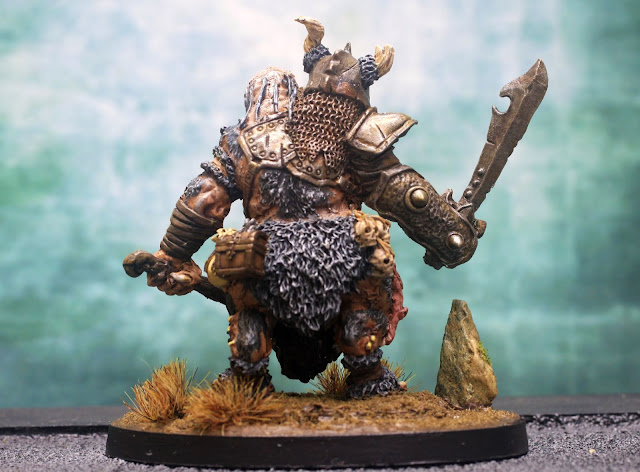 The leather straps and arm wrappings are either Chocolate Brown, Mahogany Brown or Burnt Umber just to vary the browns a bit, and the skulls that are held to his skin with wire are, somewhat surprisingly, Bonewhite. His little pouches are Orange Brown, Ivory and Light Brown. The boils/zits are Moondust and the little treasure chest is Mahogany Brown and Bronze.

As I'd based the Marsh Troll on an oval base I decided to go the same way with Lardgulp. I glued him and his integral base (NOOOOOO!) onto the plastic, covered it with modelling paste and painted it Chocolate Brown. After a wash with Burnt Umber I highlighted it with Flat Earth and then painted on some thinned PVA and sprinkled brown flock over it. After adding a couple of Swamp Tufts, I decided to add a stone from my drive. I didn't even paint it, I just washed it a couple of times with Green Tone and stuck on a small amount of green flock to give it a mossy look. 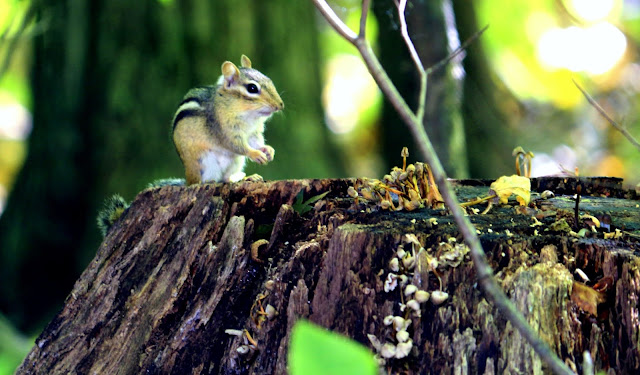 I tried photographing Lardgulp outside on our deck in a desperate attempt at getting some decent light. I think it went OK, but there's nothing like lying on a deck trying to manually focus the camera while wearing the wrong glasses, the dogs are barking at the chipmunks (one pictured above) and acorns are falling from the trees like little wooden bombs. The things I do for my fan(s).