Carnage in the carrying case 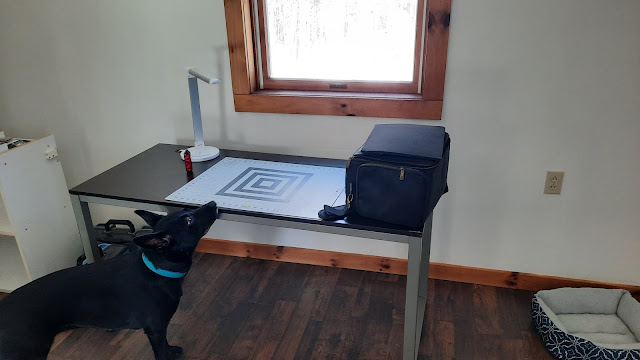 First off, let me just say GAZE UPON MY NEW DESK AND WEEP, MORTALS!
Yes, the desk has finally arrived and much to our surprise was actually delivered to the door instead of being dumped in a snowdrift at the bottom of our drive (*cough*sofa*cough*). It was easy to put together, and I've ordered a second one to give me some more room.
Anyway, I spent some of today putting my paint/storage boxes into the spare room, which has been fully redecorated in off-white. I'm 99.8% sure that if I put a mark on one of the walls I'll end up buried somewhere in the 150 square miles of forest behind the house, so I'm going to sort out some kind of splashback for the wall above the desk unless I want to airbrush in the snow. The shelving unit to the left is going on the wall so I'll finally have somewhere to put the boxes of minis, basing stuff and all the other paraphernalia that comes with the hobby. Our builder, Tom, is going to put the shelves up as there is no way Alicia will let me loose with a drill on our newly-painted walls.
Although my display cases are still somewhere in the Bermuda Triangle that is our garage, I decided to open up the carrying case I packed all my painted figures into last August. 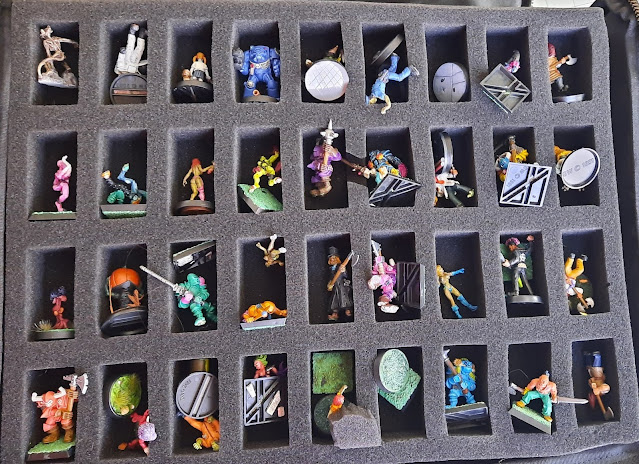 Oh, that's not good. Loads have either popped out of their spaces and/or broken off from their bases, which is not the end of the world but still annoying. On the other hand, these minis have travelled 3,000 miles across America in the rear storage of an RV and been stored in random spots in two houses. 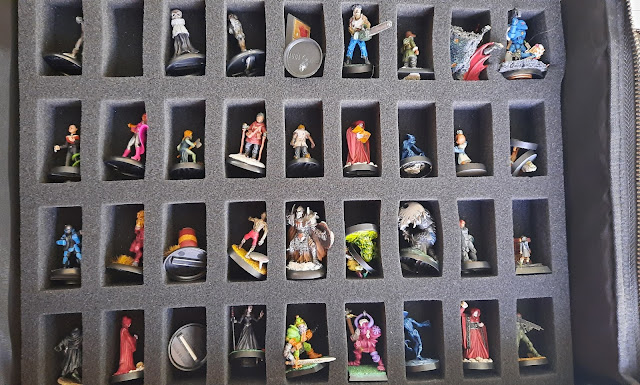 The second layer is looking better, but a couple of figures lost arms as well as bases. 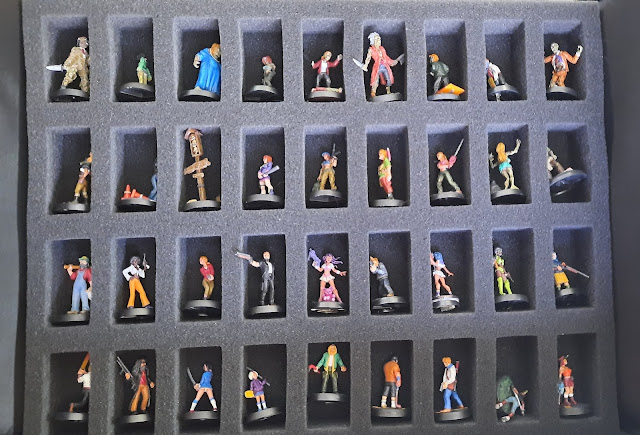 The third layer is looking good, with only Joanne (bottom right) spoiling things for everyone else. 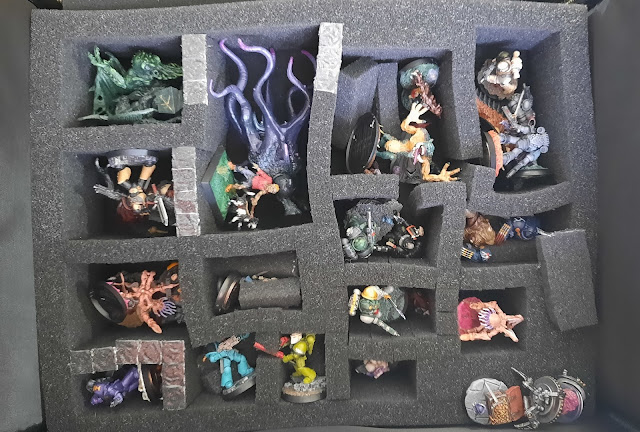 The bottom layer looks a mess but it's not too bad. I haven't checked on the plastic Marines yet, but at least one mi-go lost its base. It's good to see that Tracy made it in one piece, which let's face it is unsurprising as she's moulded in one piece. 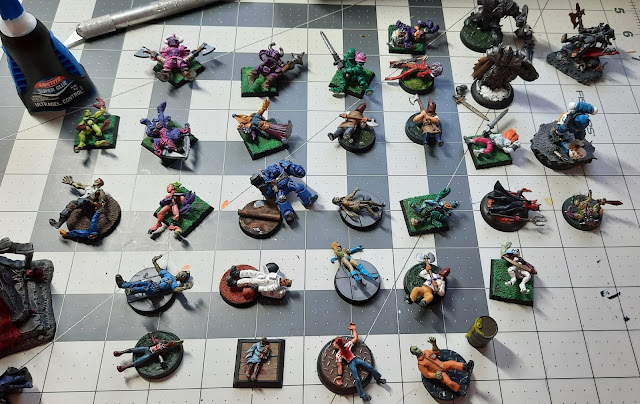 It's surprising that so many of my Oldhammer minis separated from their bases. As you can see, I cut the slotta tab off my figures, decorate the base, then glue their feet to it. I can't be bothered with trying to model and paint a base with the figure already attached as it's just a recipe for disaster.
After doing my best to match the minis to their bases, I started supergluing like I've never superglued before. It wasn't too difficult a job as most figures had bits of the painted sand stuck to their feet, so they we easy to replace in their original positions. 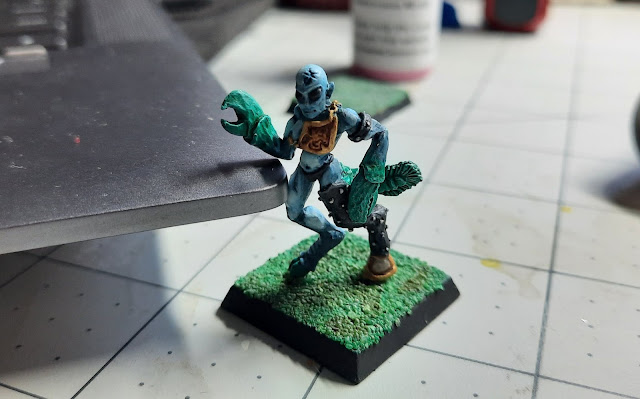 Most of the figures were propped up with paint pots, but some, like Spinetwist, didn't stick out from their bases enough so I used my laptop as a prop. 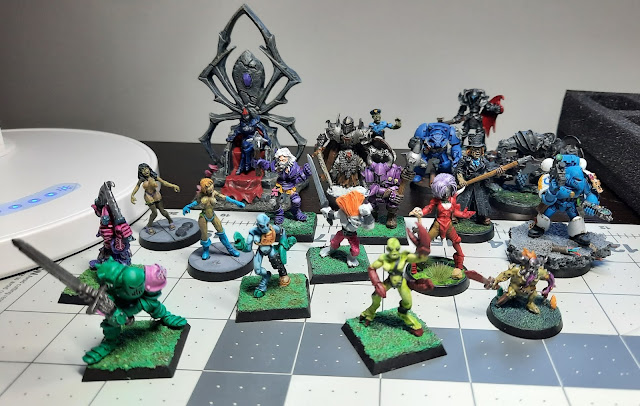 Here's a bunch of the repaired ones. Surprisingly there's very little damage to their paint; one or two minis will need minor touch-ups, which will be fun when I try to remember exactly which colour they're painted. I think the lack of paint damage is down to the two coats of matte varnish I put on each figure.
I have to say that it was great seeing all the figures again. I haven't seen them in real life for over five months and I'd forgotten how good so many of them look. There's even some I'd forgotten I'd painted, such as the Gellerpox Glitchling on the right, which I painted in 2019 and haven't even put on the blog yet (note to self: easy update tomorrow).
I'll be back to painting something in the next couple of days. Tom is starting on the basement tomorrow so we'll be spending more time in the mysterious land known as "the second floor". I've made a map so we should be OK after spending six weeks in a single room.
Labels: basing, miniatures