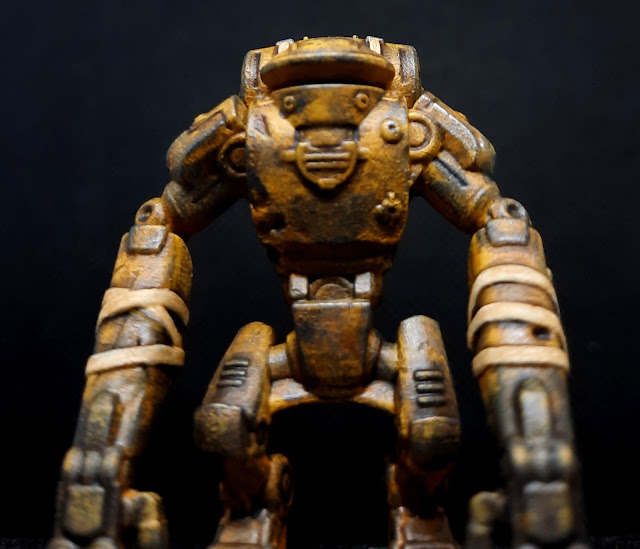 The STV-714, or "Stevie" as it's universally known, is a large bot used to move heavy items around. They're mostly used in scrapyards and can usually be found lugging bits of junk to the melting pits.

If you guessed that I bought Stevie on Etsy, congratulations! You've won a prize! (Editor's note: there is no prize). He's a cool mini and a chunky one, standing about two inches high. As you can never have enough robots, I bought him. 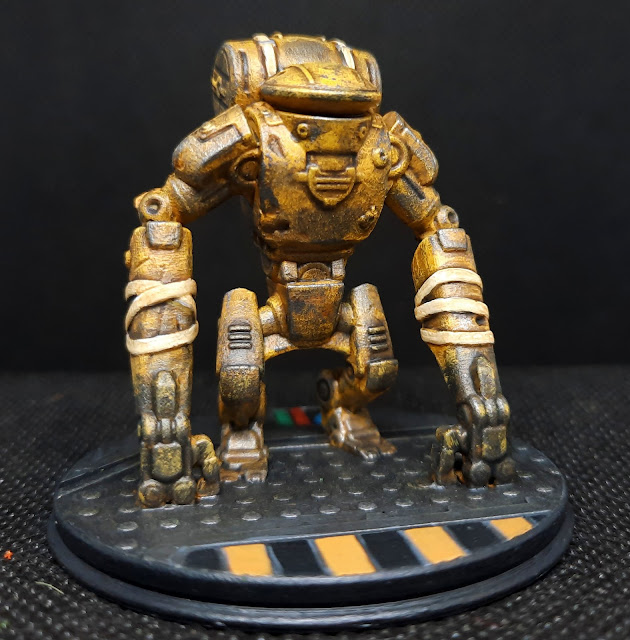 Stevie was a nice quick and easy paintjob. He was sprayed with black primer then given a couple of coats of Averland Sunset. I dirtied his paintwork with a generous amount of Nuln Oil, then gave him a light drybrush of Averland Sunset mixed with Moon Stone, a pale yellow made by Army Painter.

He got another coat of Nuln Oil and then I set about knackering his nice yellow paint with lots of Iron Warriors, which I stippled on with a crappy old brush. 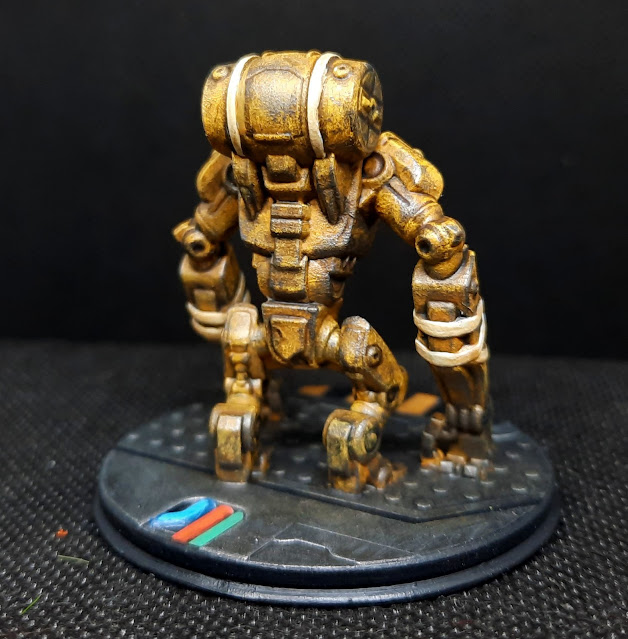 I have to say, looking at him now I overdid the weathering a bit especially on his hands and lower arms. I wanted Stevie to have a very worn and dirty look but as usual I think I overdid it.

A second drybrushing of Plate Metal finished the weathering, and I slapped on a third coat of Nuln Oil to darken it.

I don't know why he has what appear to be bandages around his arms, but whatever. They got a coat of Off-White and a wash with Seraphim Sepia, and then a light highlight with more Off-White.

He's on an integral 60mm base on which I tried to make an effort for once. It was painted with Iron Warriors and given a thorough wash with yet more Nuln Oil. I painted the hazard stripes with Filthy Brown and Black, and the pipes at the rear Sky Blue, Wild Rider Red and Sybarite Green.

A coat of matte varnish and Stevie was done. Nice!