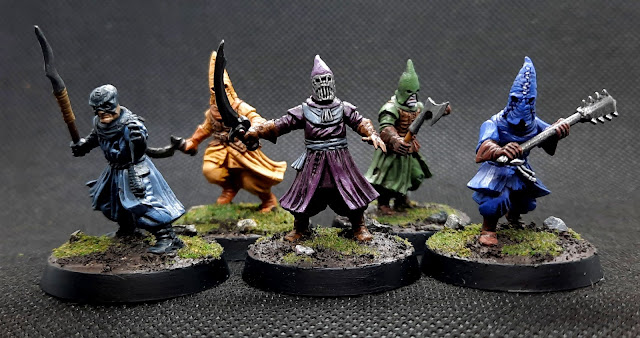 Quick disclaimer: I have no idea what Frostgrave is. I just thought these figures were cool.

I mean, I know Frostgrave is a game and from its name I'm guessing it takes place somewhere cold and creepy, but that's about it. I bought these cultists after spotting them on Amazon and loving their look. After googling around and discovering you get 20 in a box with a bunch of options, including zombie arms and heads if you want some undead ones, I shelled out on a box and painted the first five over the past couple of days.

Once again Slaanesh influenced my colour choices, and I think these chaps would make good cultists of the Dark Prince for WH Fantasy or 40k. 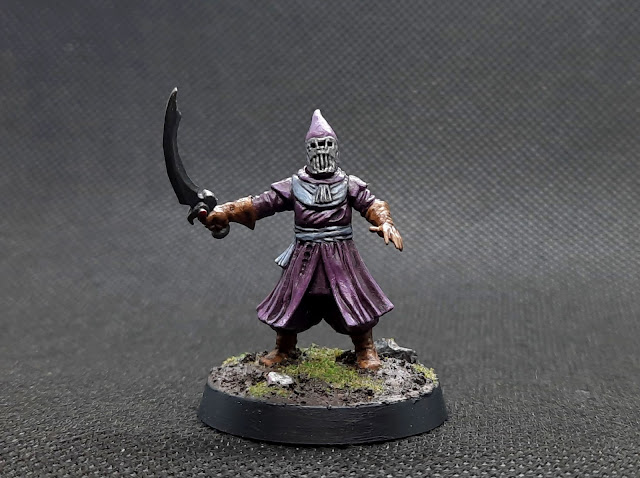 After gluing them to their 30mm bases and priming them with grey spray paint, I kicked off with this chap. A couple of thin coats of Barak-Nar Burgundy covered his robes really well, and I shaded them with Nuln Oil to tone them down a bit. Some White mixed into the burgundy worked for the highlights, and I used Neutral Grey and more Nuln Oil for his belt and the top bit of his robe.

His mask and sword are Iron Warriors and Plate Metal, and his boots and gloves are Flat Earth and Agrax Earthshade. 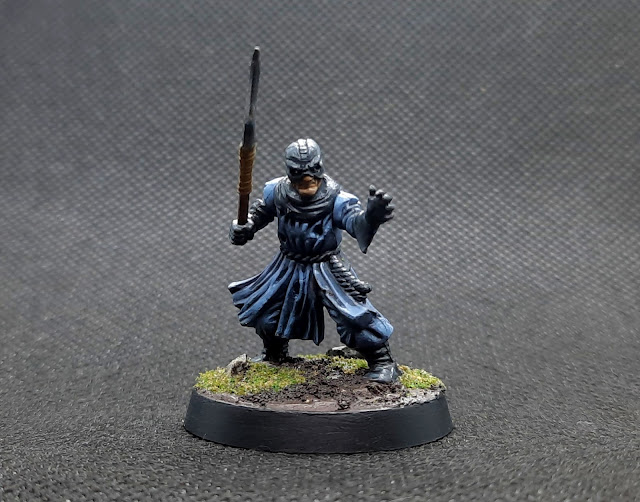 If this guy had a cape he'd look like a medieval Batman. I used Stormy Grey for his robes, shaded with Nuln Oil and highlighted with Blue-Grey. His boots, belt, helm and gloves are Black with Black-Grey highlights.

You can't really tell from this pic but his face is Slaanesh Grey washed with some Reikland Fleshshade. 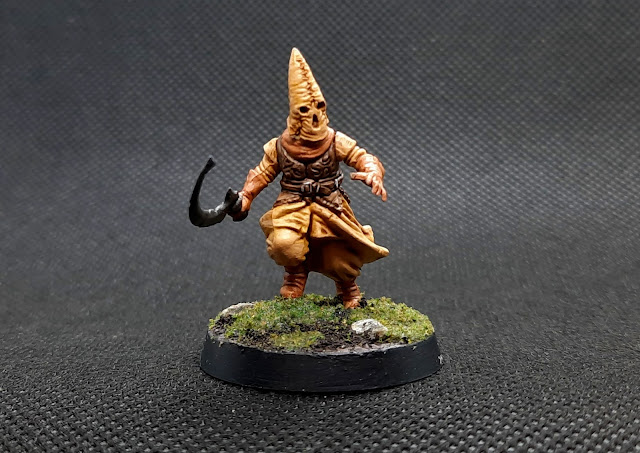 Banana Boy is a sure sign that I'm much, much happier painting yellow these days. After giving him a couple of coats of Averland Sunset and shading it with Seraphim Sepia, I highlighted him with Ungor Flesh.

His padded vest is Chocolate Brown and Flat Earth, and his boots and gloves Orange-Brown and Light Brown. 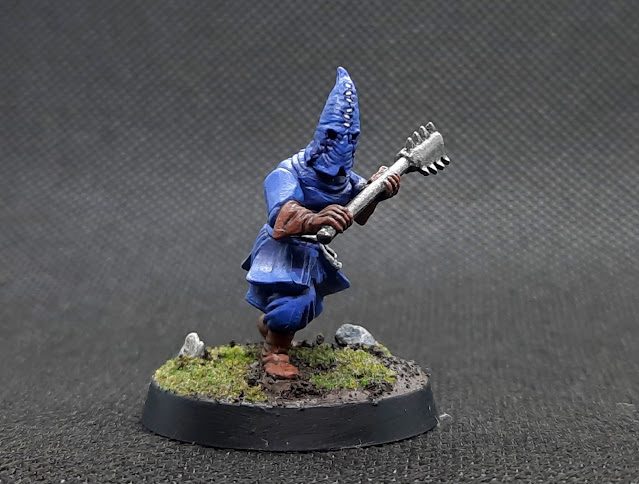 Bluenipples is the one I'm not the happiest with because I find blue a bit of a bugger to highlight properly at times. He's Ultramarine Blue highlighted with Blue-Violet, and his boots and gloves are Chocolate and Mahogany browns. His whopping weapon is Iron Warriors and Plate Metal. 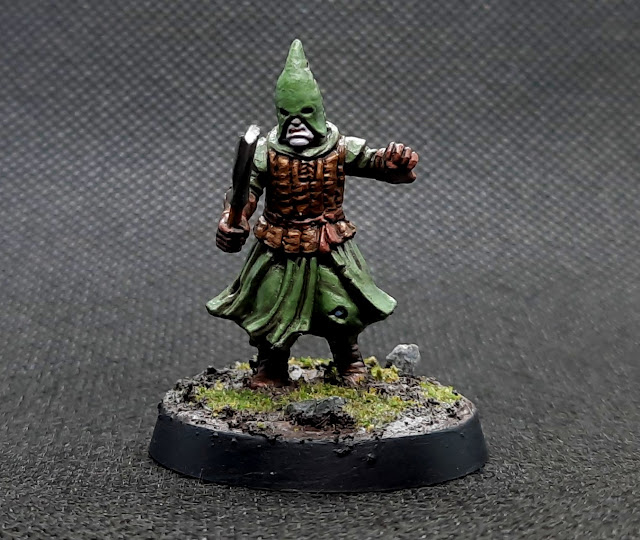 Dredd, so named after his granite chin and scowl, was the last cultist to be painted. Castellan and Loren greens worked well on his robes and hat, and the padded vest is Chocolate Brown and Flat Earth. Again his face is Slaanesh Grey with Reikland Fleshshade to give it some warmth.

All their bases were covered with modelling paste, had some small stones stuck in them, and then coated with Stirland Battlemire. Once it dried I daubed on some PVA in random spots and sprinkled flock over it.

I have 15 more of these to paint, and I have an idea on how to convert some of them to make them a bit more futuristic. So stay tuned!

I am entering the Forgotten Heroes challenge this year, but I haven't managed to make a start on my project as I'm waiting for stuff to show up in the mail. After sculpting the Dog-Thing and painting a couple of Little Sisters of Purification last year, this time I'm doing something that isn't even a figure. Hopefully the bits I need will show up soon and I can make a start on it.