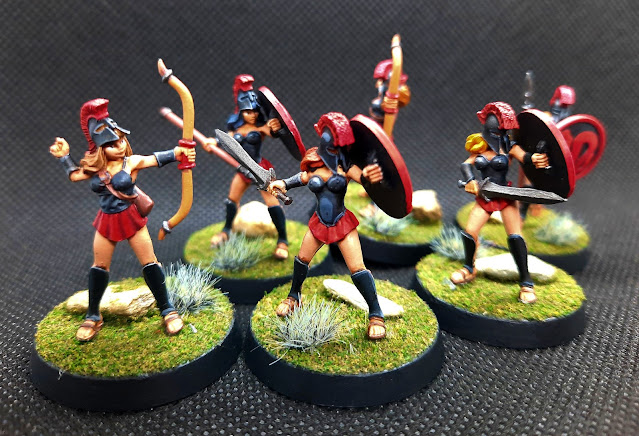 Personally speaking, I'd surrender on the spot.

Finally I have the rest of the Amazon War Party finished. For such simple schemes — red, black, iron, and flesh, with a touch of brown here and there  — they seemed to drag out forever. Still, they're great sculpts and I'm happy with them. Shame about the photos. 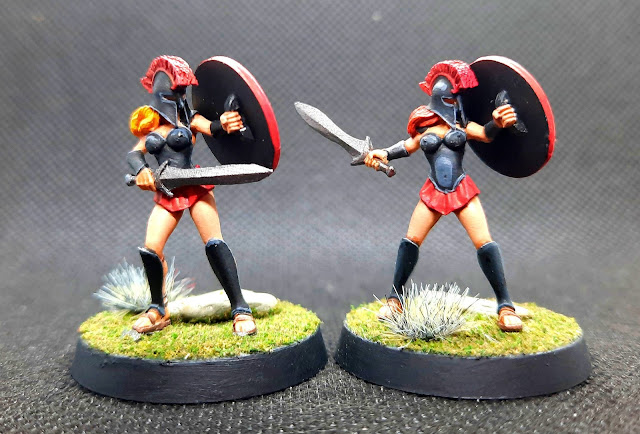 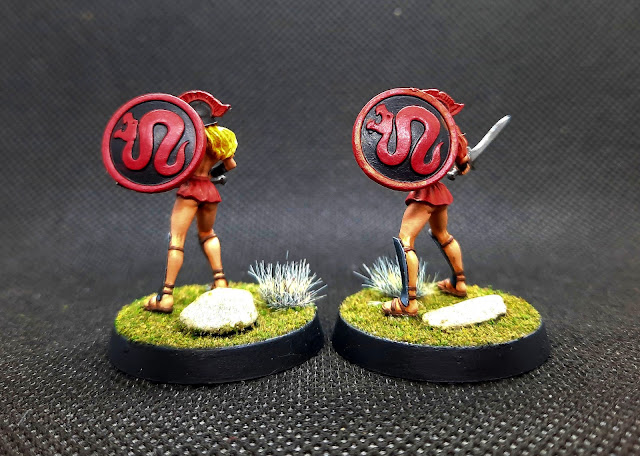 I did the two with swords first. They follow the same scheme as all the others, so this is potentially going to be a post with not that many words (and there was much rejoicing).
Like the bodyguard and musician, their armour is Black, highlighted with Neutral Grey. I dumped the Black-Grey on the grounds you can barely see it, and went for more of an edge-highlighting style with these ones. The skirts are the usual Khorne Red, Flat Red and Vermilion, as are their shields.
Their hair is by Filthy Brown and Moon Stone, and Cavalry Brown and Wild Rider Red. 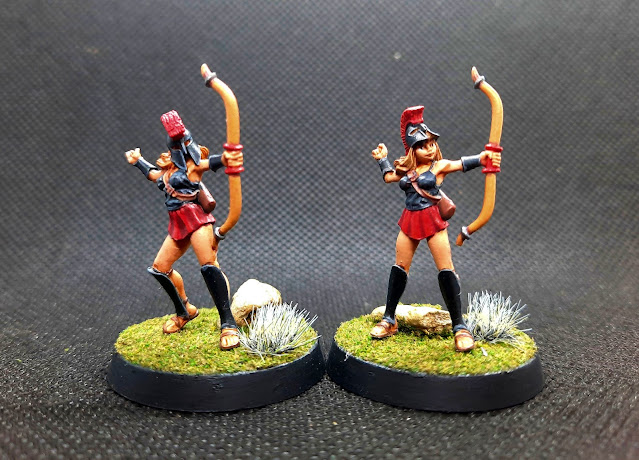 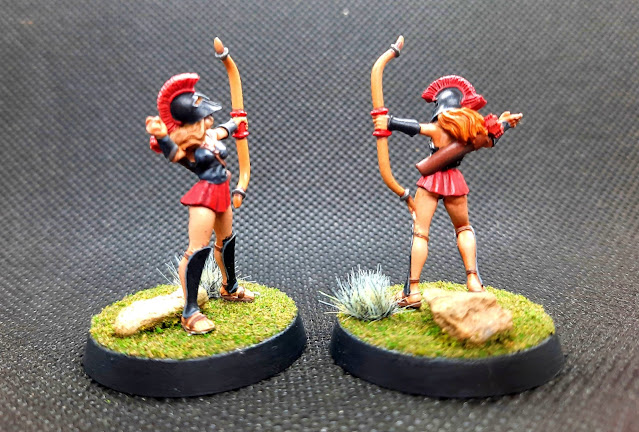 If anyone has the slightest idea what my phone camera was focused on in the second pic, drop me a line. 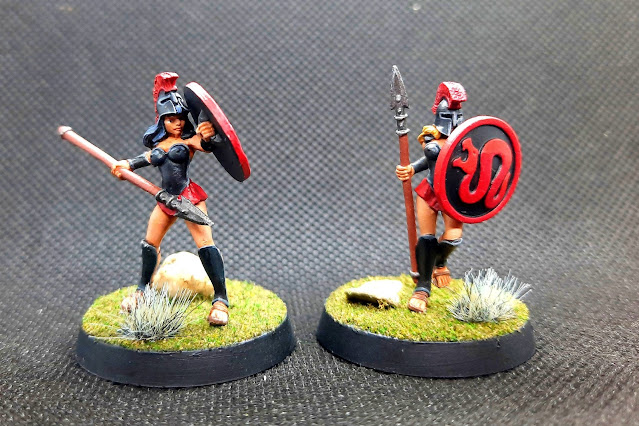 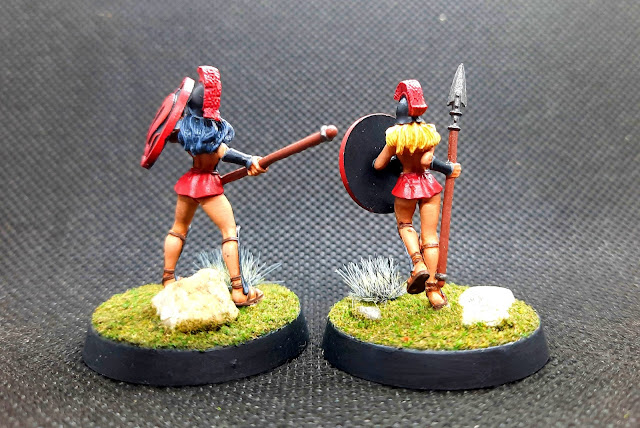 The pair armed with spears were the last to be painted. Their spears are Mahogany Brown, and this time I didn't try to highlight them with Light Brown.

All the bases are very basic: just PVA straight onto the plastic with a couple of stones stuck into it, then flocked with a mix of shades. A tuft finished them off nicely. 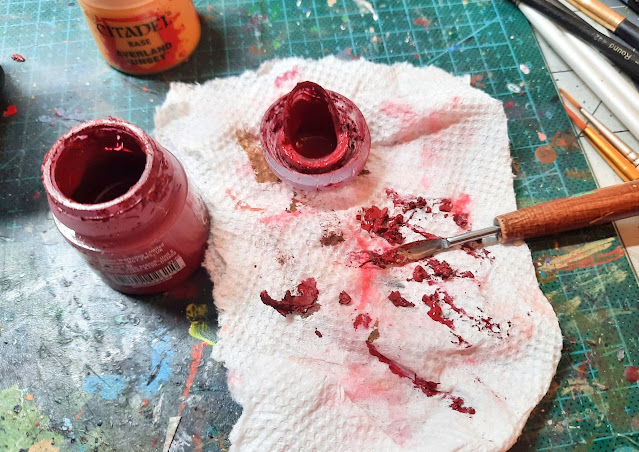 Faust over at Double Down Dice has been doing a series of posts on the different paints available to mini painters. So far he's done Vallejo (the best!) and Warcolours, so I thought I'd jump on the bandwagon chip in with a quick opinion: Citadel pots were shit in 1989 and they're still shit 33 years later. As pictured above, I had the pleasure of digging dried gunk out of the lid of my pot of Khorne Red today just so I could get the damn thing back on. Even the 50-cent craft paint I buy at Walmart doesn't do this.

Speaking of lids, the reason I cut mine off is twofold: i) it stops them doing that amazing "flip shut" trick they're famous for, and b) it makes them slightly harder to accidentally knock over. And, as you can tell, it makes it a lot easier to scrape out the dried paint. Citadel really should bin these crappy pots and switch to some other container. I can't think of one off the top of my head, but I'm sure Vallejo, Reaper, Warcolours and Army Painter could give them some ideas.

I'm doing it... the project I gave myself is turning out to be harder than I thought, and I've had to bin two attempts so far. But I have a new way of doing what I'm trying to do, so at some point it'll appear on the blog.